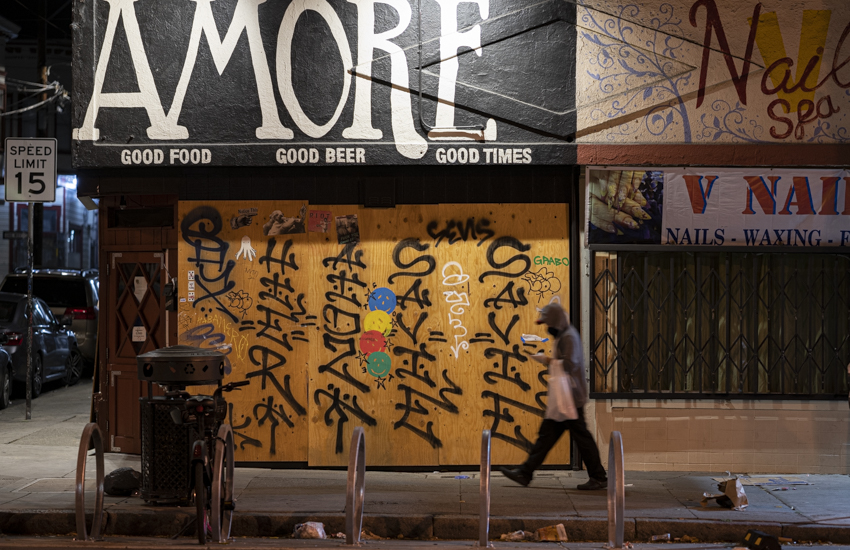 Friday night outside the Sycamore.

The most recent numbers from the Health Department show 29 newly-announced confirmed cases, and no new announced deaths as of yesterday.

Much has been made of the city’s recalcitrance and the supes insistence over the issue of moving the homeless off the streets and into hotels. But even in the small experiment ongoing at the hotels, there is much to be learned – or without due attention, a disaster in the making.

What’s clear is that the city is not moving the homeless quickly into hotel rooms.

The town hall meeting by zoom revealed some preliminary information on the killing of Courtney Brousseau on May 1 at 14th and Guerrero.

In other news, the Great Burger War goes to The Pork Store, and we try takeout at La Traviata.