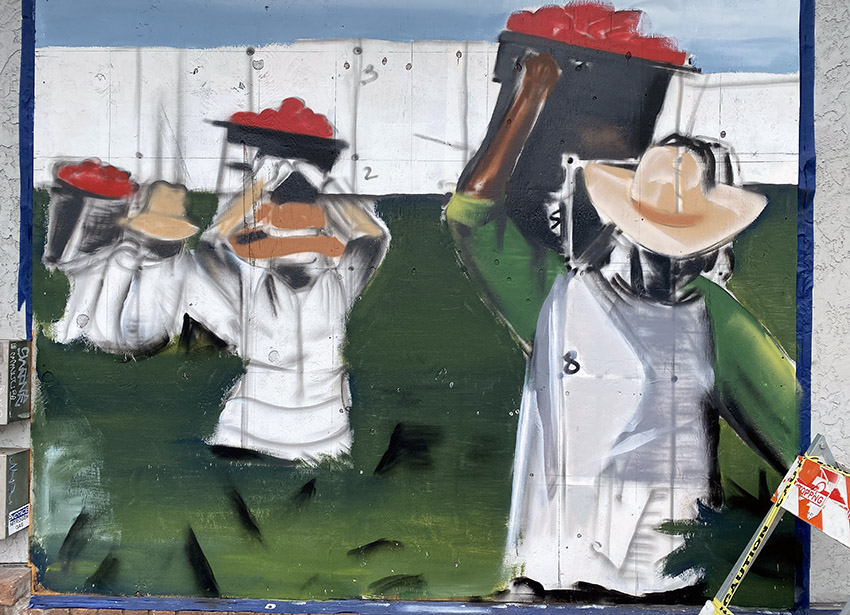 In front of Aggregate Supply on Valencia St. Photo by Lydia Chávez

The most recent numbers from the Health Department show 19 newly reported confirmed cases, and no new deaths as of yesterday.

Also interesting, the number of confirmed cases on Thursday has decreased by one.  It isn’t clear if that indicates the Health Department had reason to believe a previously announced case was either reported or confirmed in error, or if the confirmation date of that case has been changed and one of the additions above includes it.  We’ve asked the department for clarification and will report back when we hear from them.

Retroactively adjusting the number of confirmed cases on previous dates has the possibility of giving us a more complete picture of the COVID-19 landscape in San Francisco, but it also makes it harder to crunch the numbers and do analysis.  For now, our data tracker below is continuing to track the number of reported cases as of the date the information is released by the Health Department, and not tracking the changing confirmation dates. We may still revisit that choice.

Dave Moore, a reader, pulled some interesting insights from the data: In 120 cases of those 81 years or older, there have been 24 deaths – a 20 percent rate; in the 568 cases among 61-81-year-olds, 13 deaths or 2.9 percent and in the 1893 cases under 61, there have been three deaths or 0.16 percent.  This aligns with the general trend of COVID hitting the elderly hardest – especially the elderly with underlying conditions.

To give you a break from COVID today, we have a piece up on the trains and the remaining track that once ran through the Mission. And what it is like for Jackie Fielder to run her campaign against state senator Scott Wiener in quarantine.

And there are always our photo essays from around the city to enjoy.