COVID-19: Mission District business dipped on Saturday night, and by Sunday Flour + Water Pizzeria and others had closed (update 3:19 p.m.) 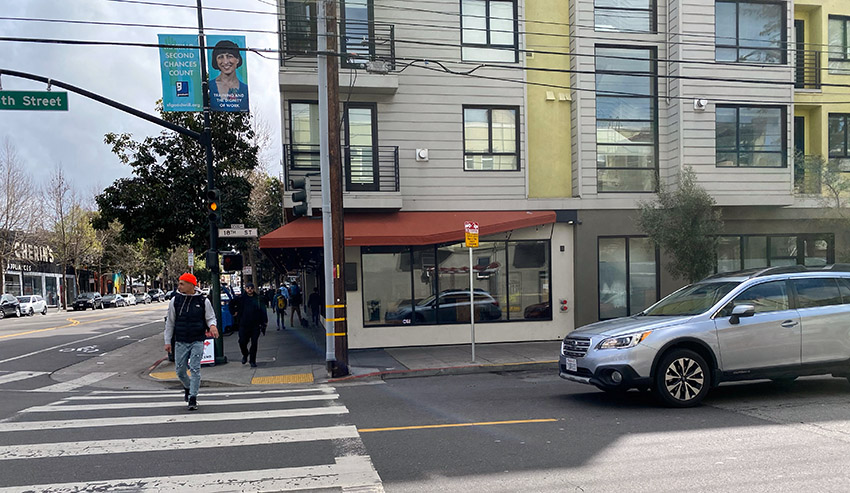 If readers or businesses have information to add, please let us know at info@missionlocal.com. We will fact-check, but already some of you have given us some good tips. Thank you.

It was clearly a slower Saturday night for most Mission District businesses, but far from dead.

Even at 6 p.m. – generally early for most restaurants – many up and down Valencia Street had a fair number of tables filled. Later, after 9 p.m., several establishments reported traffic was down  — and, for some, it was down significantly.

“Usually, we are kicking people out of here at this time,” said Seph Hamilton of Dog Eared Books, at 9:50 p.m., 10 minutes to closing time.  On Saturday night, however, only one couple remained in the store and they were on their way out.

Nelson Ventura, his colleague at Dog Eared Books, said they got a spurt of traffic earlier in the day, but that foot traffic on Valencia was definitely down. Of course, there was the rain to contend with, but even factoring that in, the business was down.

When Ventura took a break to get a slice of pizza at Serrano’s nearby, he was surprised to discover no line. When I asked what time it had been, he said, “It doesn’t matter; anytime I go to Serrano’s there are always at least five people there.” 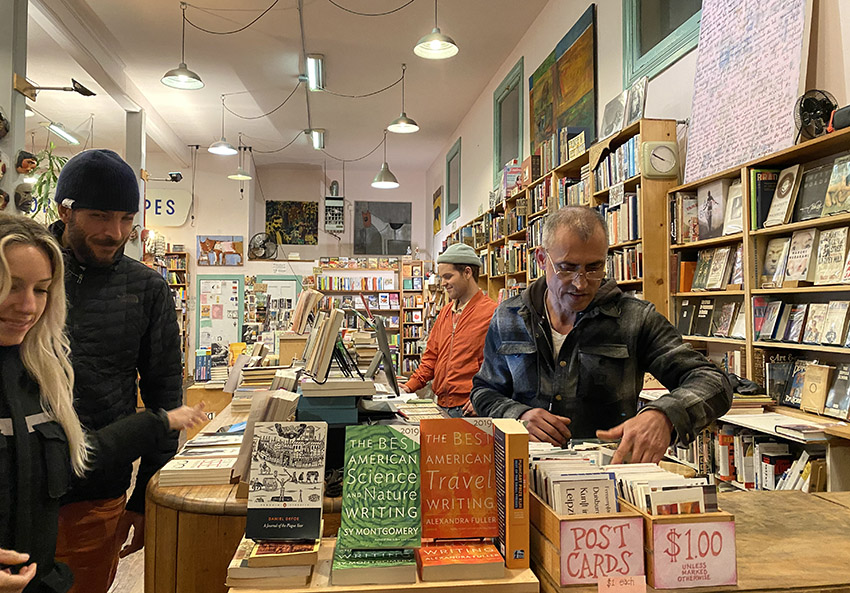 Seph Hamilton in the orange jacket and Nelson Ventura in the front. Photo by Lydia Chávez.

On 24th Street, at Taqueria Guadalajara, Angel Delgado, who has worked there for four years, said the business was definitely off — probably by 20 percent. “People are still coming in,” he said. And at least four tables were filled with customers after 9 p.m. So far, he added, they have not cut staff.

Near 10 p.m., 24th Street and the southern part of the Mission felt quieter than normal, but any open restaurant or cafe had a few people at its tables.

Destination restaurants on Valencia Street appeared to be comfortably busy at 9:30 p.m., including Al’s Place on 26th Street, Barzotto, the Valencia Grill, Beretta’s, the Beehive and Flour + Water Pizzeria. But in talking to staff at many, it became clear that comfortably busy is not what they are accustomed to on a Saturday night.

From the outside looking in, the Beehive appeared full. But Tala Delgado, who has worked security outside for two years, said that he estimated traffic was down by 30 to 40 percent. “Usually, it’s virtually packed,” he said regarding normal Saturday nights.

Terron Nelson, head of security at the Valencia Cafe, agreed. They too had 30 percent fewer customers. “We’re counting on our regulars,” he said as a group of four walked in the door.

At Barzotto near 24th, Evan, who works the front, said they were down, but “with the rain, we expect to be down.” The restaurant was 60 percent filled at 9:30 p.m. “We’ll see what happens the next few weeks,” he said.

He saw one upside to the less hectic pace. “I get to hang out more with the customers who are here.” 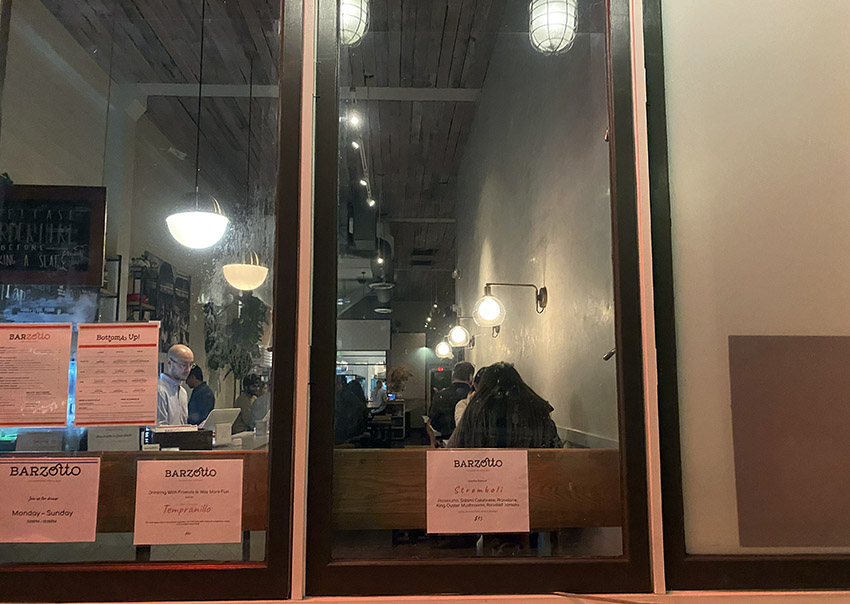 Evan, working the front at Barzotto. Photo by Lydia Chávez

A visitor to the Whole Foods in Noe Valley sent the featured photo above of the peanut butter and other condiments aisle empty. And no, that aisle is not an anomaly. 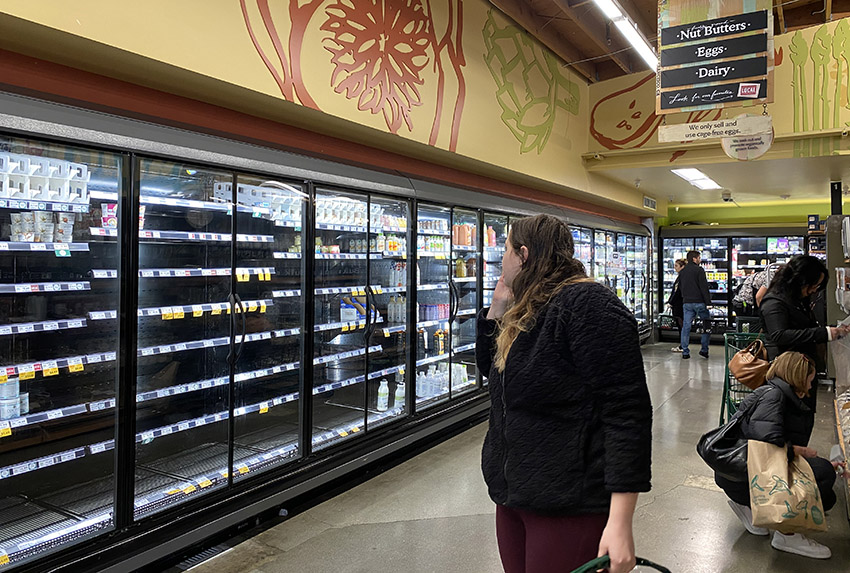 While local cafes have taken self-service items behind the counter to avoid the spread of germs, Whole Foods still has its self-service bars open. Nigel, an employee reached by phone, said there had been no discussion about limiting access to the self-service bars. He directed me to Ray, who said I should call media, which appears to be out for the weekend. George at a customer service number said she send the questions to the store and get back to us. 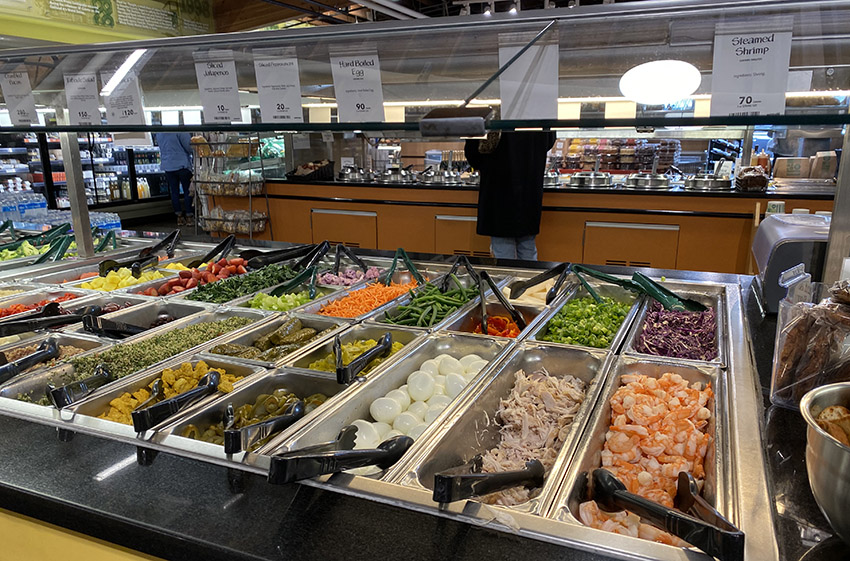 Business closures accelerated on Sunday with  Flour + Water Pizzeria and others “temporarily” suspending services. Fort Point also shuttered temporarily today as did Top Drawer and the Crepe House.  In each case, the establishments posted notices on their doors and on Instagram.

Top Drawer said it would be closed until March 27th, but others left reopening vague. “…due to COVID-19, and for safety purposes, We are closing today at 2 p.m.,” said the notice at the Crepe House.

Otherwise, business on Valencia street seemed down on Sunday, but Dog Eared books had a good number of customers at 3 p.m., Lolo’s appeared full and Arizmendi had a small line waiting for pizza. 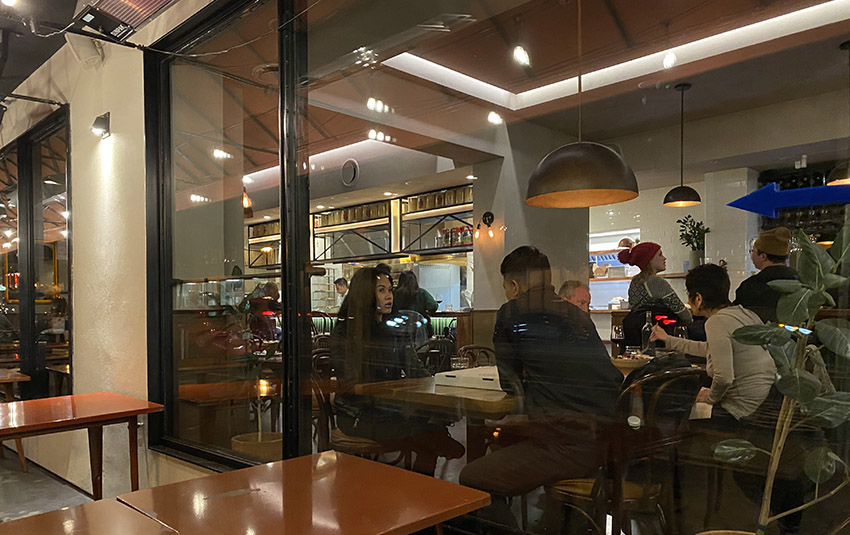 Flour + Water appeared to be doing fairly well on Saturday night, but by today, it was shut.  Photo by Lydia Chávez. 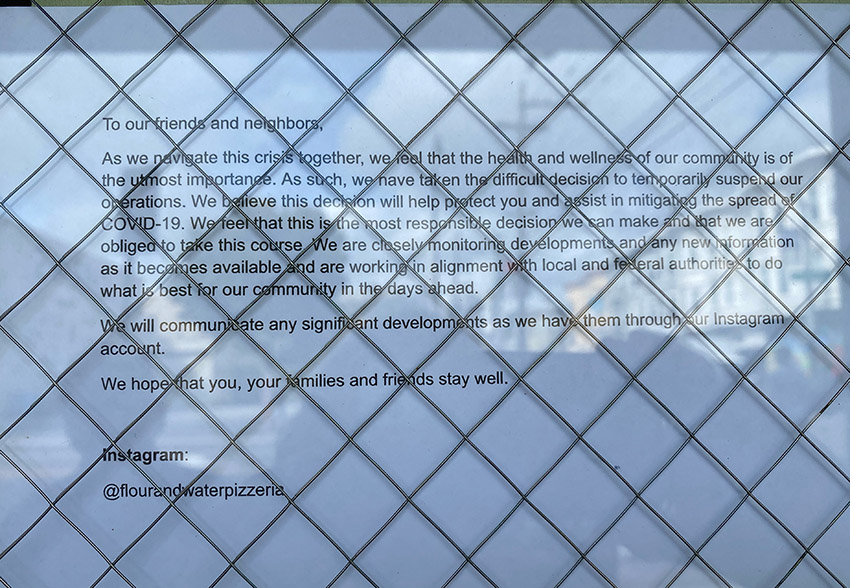 Notice at Flour + Water on Sunday. Photo by Lydia Chávez.

We will update if we get more information.

And here is a link from that main webpage to the state’s latest updates.

From the Washington Post, which is not charging for this content: Mapping the Spread.   And What you need to know. (UPDATED) The WP has added very good simulations showing Why outbreaks spread and how to flatten the curve.

And a reminder, your donations keep us at work. Thank you to all who support us. If you have not and you read Mission Local regularly, please do.