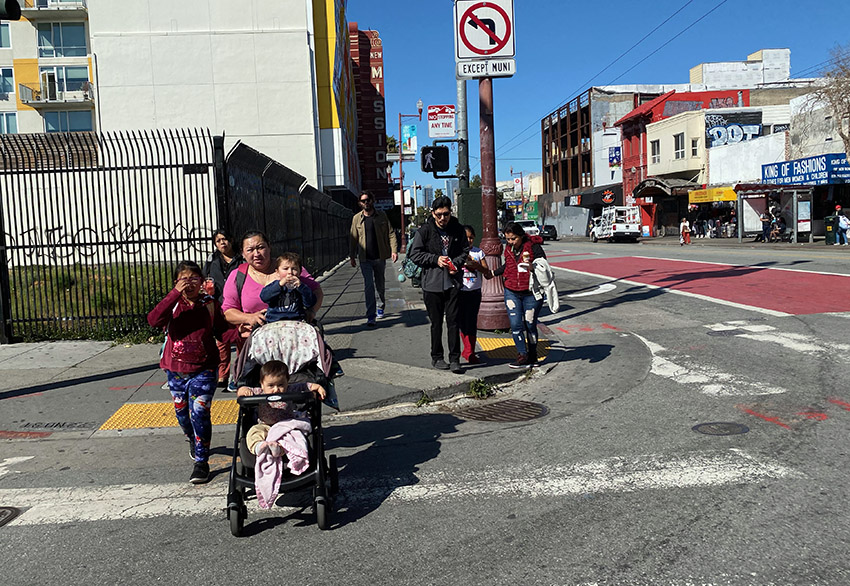 Parents walking home with their children will now have to contend with their charges having three weeks off. Photo by Lydia Chávez

San Francisco schools will be closed for three weeks starting Monday, a measure to curb the spread of the COVID-19 pandemic, San Francisco Unified School District officials announced this afternoon.

“This is not business as usual. It is likely we will see many more COVID-19 cases in the coming weeks and months,” Superintendent Vincent Matthews told reporters at district headquarters. “This will require a measured and sustained response.”

As Mission District parents were told of the news, their reactions ranged from resignation for those who have elderly aunts or cousins who can pitch in with childcare to despair for those on their own.

“I work the night shift cleaning offices and it will be extremely difficult to sleep with the children at home,” said Lila Celes who has two children at Buena Vista Horace Mann. Already, Celes was worried about paying the rent because her own hours have been cut back as companies have encouraged employees to work from home.

“There is the rent, the food, the kids, it is all very difficult,” she said.

Matthews said that all school activities — including instruction, extracurricular activities, and childcare and health services — will close for the two weeks leading up to the one-week spring break period. Already today, news hit that all activities at public senior centers have been cut.

But “we will be setting up ways to provide meals to the students who need them,” Matthews said.

“Instead of doing reactive school-by-school closures,” he added. “We’re gonna focus the next three weeks on how we can provide essential support for our community in this new reality.”

Officials said the time will be spent training staff on virus prevention measures, sanitizing schools, and restocking cleaning supplies. Moreover, Matthews said as access to Covid-19 testing increases “so will the number of confirmed cases.”

Regina Ramirez, who was walking home her two nieces after school at Buena Vista Horace Mann, said that the family had already been talking about what they would do if classes were suspended. “They have their grandmother who can take care of them,” she said and others would “rotate in” to help out.

Esmeralda, who was picking up her two young boys — one in 6th grade and another in 3rd grade at Buena Vista Horace Mann — said she would manage by staying home. Her son, Kevin,  also had an opinion: “It’s kind of good, but bad at the same time because it means the coronavirus has gotten so bad that they have to cancel classes.”

Claudia Franco, a daycare worker, said she had one daughter in a program at City College and another at Rooftop. “It’s going to be hard. If the daycare closes, I will be at home and if it doesn’t, I can take her,” she said pointing to her four-year-old.

Karla Coronado’s two daughters attend Buena Vista Horace Mann. Luckily, she said, her daughters have an aunt who lives with them.

At Cesar Chavez Elementary School Roque Baron was one of the lucky parents. He is currently a stay-at-home dad. “I don’t know about other parents who are not as fortunate as I am,” he said.

And there were plenty of those.

“What am I gonna do with my kids?”  Isabella Ampuero wondered. “It’s just me and my husband.”

Ampuero works in a restaurant and said that maybe the restaurant would have to close down, too.

Iata Savea, a parent, was unhappy with the closing, but understood the reasoning. “It makes sense though until they can get a hold on what is going on [but] it doesn’t seem like they’re handling it well,” she said.

Savea said that his family had a scare a few weeks ago when his daughter got the flu. “It was only the flu, thank God,” said Savea. He has yet to find a babysitter but he also said that they have families around who might be able to help out.

Mauricio Coop, a nine-year-old student at Cesar Chavez Elementary School, has mixed feelings about it. I feel “happy because I don’t like school,” said Coop, but he remains concerned about the virus. “My people in Mexico might get it. My people there are really old.”

Keep Mission Local on the ground. Support us today. 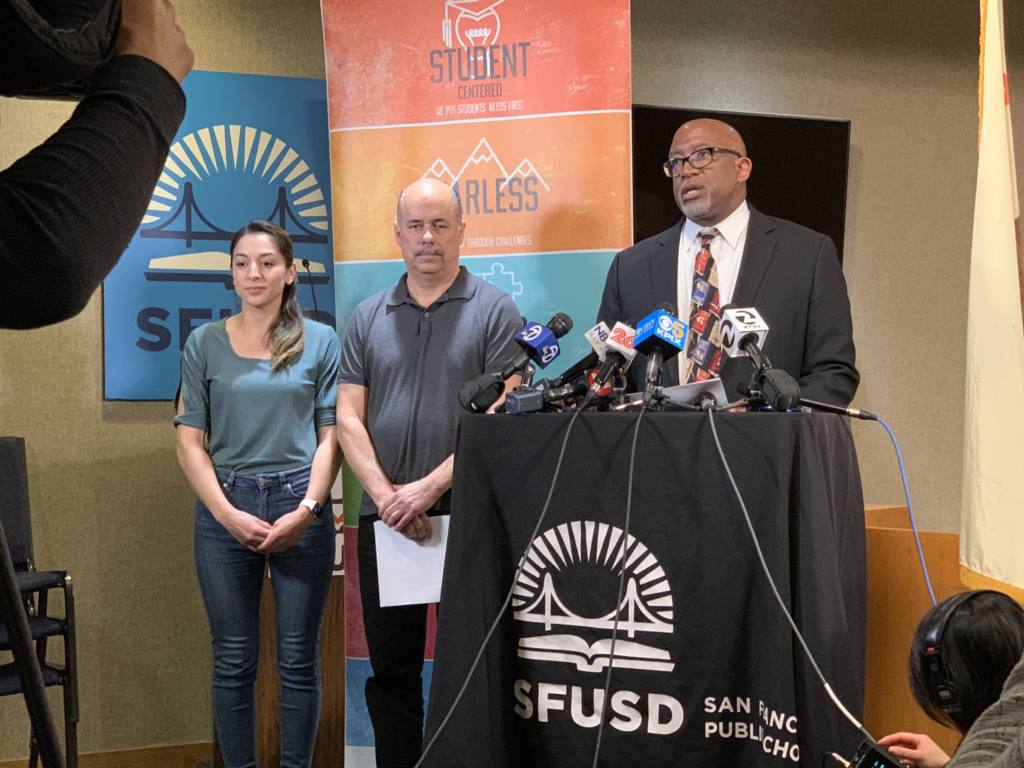