Restaurants and shops the Mission District has lost 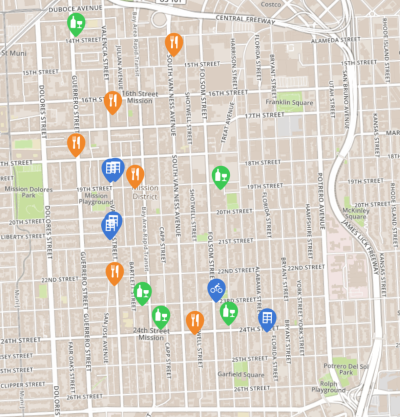 As the city begins to slowly reopen, many places remain shuttered — lost forever.

In the Mission, there is no clear count of how many businesses have permanently shuttered, but the number is likely high, as it is a neighborhood with multiple commercial corridors. No matter the street – Mission, Valencia, 16th or 24th –  it’s clear that stores have been emptied of their merchandise and restaurateurs have thrown in the proverbial towel.

Gone are Loconda, Velvet Cantina, Blind Cat, Schauplatz Vintage, Prairie, Al’s Deli and more. On one block of Valencia Street between Liberty and 21st streets, San Francycle, Chrome and Azalea are gone. “Everything must go,” shouts the sign from Tokyo Futon & Tea. It, too, will soon close.

Mission Local is keeping a map of shuttered places.  We will also include places that opened during the pandemic. It’s unlikely that we have all — or perhaps even most — of the places so please let us know in the comments section or at info@missionlocal.com if you know of a closed place we have not included.

Read more: The Places We Have Lost

“The world is upside down right now,” read an August Instagram post announcing the closure of Italian restaurant Great Gold. “Unfortunately the time has come for us to say goodbye to our home on 24th Street.”

Walzwerk, a German restaurant that has been in the Mission since 1999, announced its closure in June through its website, saying, “We will never forget the countless memories, lifetime made friendships, million smiles and laughters.”

Tommy Pham, owner of San Francycle, closed his business at the start of July after using up a roughly $50,000 Paycheck Protection Program (PPP) loan in a month to pay his employees and cover half of June’s rent.

“I already knew before I got [PPP] that, as soon as it runs out, it’ll be over,” Pham said.

San Francycle was temporarily open for curbside pickup, but it did not bring in enough revenue to keep the store sustainable.

Pham decided against allowing customers back into his store because several of his employees live with people with compromised immune systems, increasing their risk of complications should they contract Covid-19.

As a last attempt to save his business, Pham asked his landlord to change his rent payment based on a percentage of his sales, but the landlord declined, Pham said.

Finally, Pham informed his landlord that he would be shutting down permanently despite having five years left on his lease.  According to Pham, the landlord said the shop would be let out of his lease only if he moved out immediately, but Pham said he has yet to receive anything in writing, and worries about how much he’ll have to pay back.

Laurie Thomas, the Golden Gate Restaurant Association’s executive director, has said for months that half of the city’s restaurants will not reopen. Her outlook has not changed. And now, she has more data to support it.

The GGRA conducted a survey in early May of over 400 restaurants showing that 60 percent were losing money by remaining open and about four in five restaurants had let go of more than one-half of their employees.

Thomas also cited a James Beard Foundation national survey that said businesses in July expressed on average 66 percent confidence they’d last through October. Moreover, a Yelp report stated that, nationally, 61 percent of closed businesses would remain closed, with San Francisco having the second-highest business closure rate (permanent and temporary closures) out of 15 of the largest metropolitan areas in the country. Thomas said a combination of local and national data as well as her own interactions with local business owners indicate that a 50 percent closure rate is likely.

And not only restaurants are likely to experience closures.

The San Francisco Chamber of Commerce conducted a study in August that found 54 percent of storefronts in the city that were open prior to the pandemic were inoperational during the last two weeks of July. This means they did not make a single credit card transaction during that time, according to Jay Cheng, the Chamber’s public policy director.

In the Mission, just under half of all storefronts in the 94110 area code were closed during the last two weeks of July.

However, Cheng noted that the study only accounted for storefronts, meaning the businesses could be operating out of a different location or be temporarily closed.

Some businesses on our map have closed their storefronts, but live on in a different form.

SF Dharma Collective, for example, previously held meditation and wellness classes from a studio on Folsom and 23rd streets. The space closed in May, and now all classes are hosted online.

Schauplatz Vintage, a clothing business previously located on Valencia Street near 19th Street, closed its storefront for good and instead began selling on Etsy.

These moves make sense, considering that foot traffic in the Mission is down considerably. BART ridership remains low. The number of BART riders exiting at the 16th and 24th street stations during the month of September, for example, was 85 percent lower than in February.

While local and federal aid has helped some businesses remain afloat, the availability of funds is far outstripped by the demand.

The Office of Economic and Workforce Development’s Resiliency Fund, which gave grants of up to $10,000 to businesses in the city with less than five employees, received over 2,000 applications in the first phase, but the city only gave grants to 128 businesses. The second phase received 4,000 applications, but the fund only has $1.5 million to give out for this phase, compared to $1 million for the first phase.

The Neighborhood Mini Grant Program, operated by the Office of Economic and Workforce Development in partnership with several neighborhood groups, such as the Mission Economic Development Agency, awarded almost $800,000 to 278 small businesses, but nearly 900 businesses applied. The Women’s Entrepreneurship Mini Grants Program received approximately 1,100 applications but awarded only 77.

“I think a lot of businesses are feeling absurd amounts of pressure and stress,” said Ryan Motzek, president of the Mission Merchants Association. “I don’t want to say utter hopelessness, but almost that.” 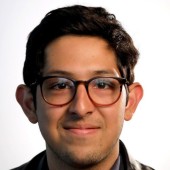