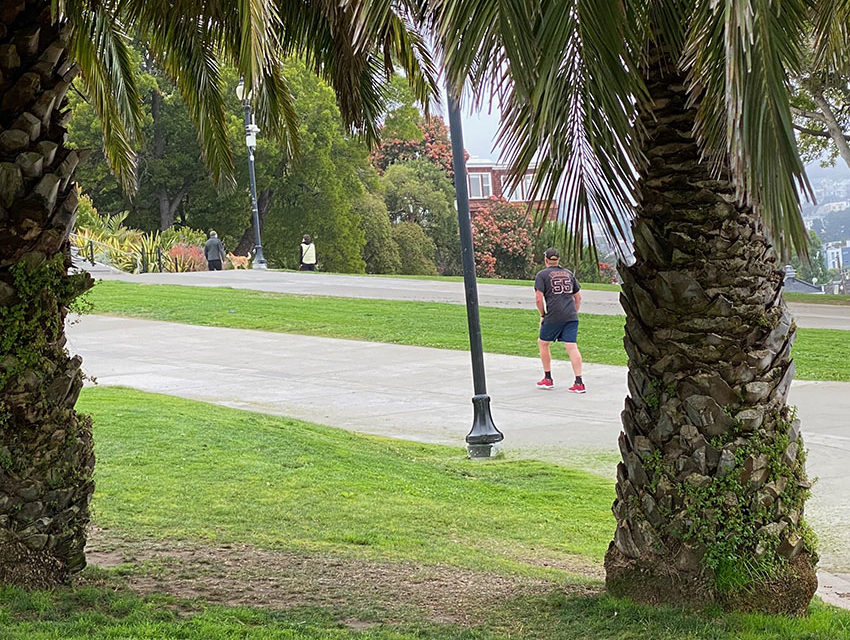 Mayor Breed and Public Health Director Colfax were cautiously upbeat in yesterday’s Covid press conference. Breed announced $446 in proposed Covid spending in the next budget. That sounds like a lot, until you remember that Michael Bloomberg, her choice for President, spent better than twice that amount on his vanity campaign last winter.

Colfax seemed more confident about his numbers than the Department of Public Health’s website, which continues to warn that numbers of tests and positive cases are still underreported thanks to the state’s technical problems. Optimistically, he said the local R number has gone below 1, which means, generally, the virus may be stalled.

The dark side was their continued concern over Dolores Park. Though no outbreaks or cases have been reported from gatherings in the park, he, like other local docs and experts, point out people are gathering closely without wearing masks. Long a site for miscreants, Dolores Park hasn’t drawn this much attention since Tim Lincecum’s pot-smoking-Cy-Young-winning days.

Left unremarked by either Colfax and Breed was the growing food insecurity in the City, which Annika reports on today.

And now for the numbers.

Perhaps because of underreporting, only 9 positive cases were added to the Mission, bringing us to 1093 total cases. The area surrounding Dolores Park has the lowest number of cases per 10,000 residents in the District.

The seven-day average of daily cases for the week ending August 5 was 91. Even though Dr. Colfax said that tests were being reported within two or three days, expect that number to keep rising as more backlogged cases are added.

The relatively low fatality rate (7.7 deaths per 100,000 residents) and case fatality rate (.08 percent) was not directly addressed yesterday. Obviously, if local hospitals are not overrun, the odds for survival are much better.

The World Health Organization has set a positivity rate of 5 percent over 14 days as one of its benchmarks. Today’s figures continue their slide back to SF’s overall average of 3 percent. This may be due to the underreporting mess.

Colfax said the City uses hospitalizations in figuring its R number.  So the optimism of his relatively low R number for the future may be offset by the recent rise in hospitalizations. Again, we report confirmed and suspected Covid positive patients but do not include transfers.

The R number we use is a bit more conservative than the one I think the City uses. Our estimate today for San Francisco is 1.06. Note the number rising in other Bay Area counties. Not a good sign. The last time this happened in the weeks before the surge, San Francisco soon followed suit. There are numerous calculations for the R number out there. This will give you a more varied picture.

Seventy-five percent of the City’s positive cases are people 50 years old and younger, mostly between the ages of 18 and 40. Community contact (rather than contact with a known case) is responsible for 58 percent of the cases.