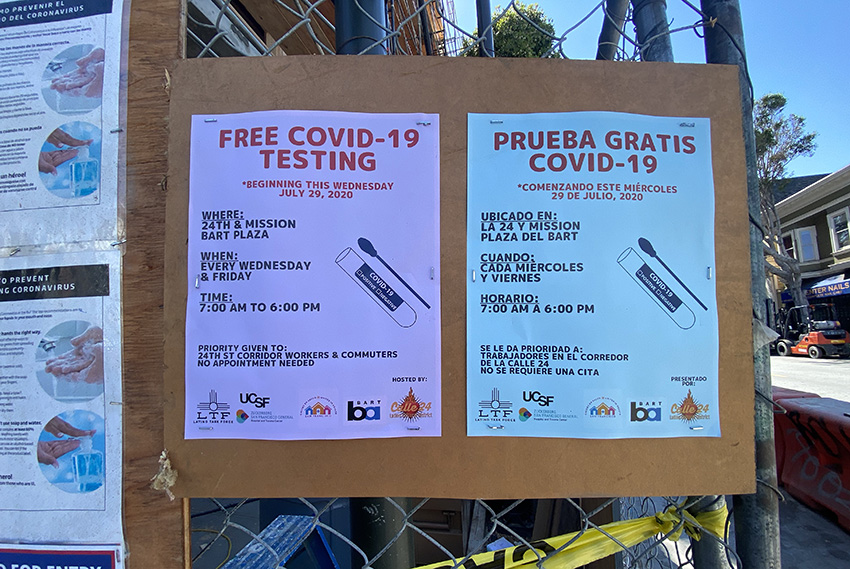 This week, UCSF and the Latino Task Force will begin offering a testing site for COVID-19 on Wednesdays and Fridays at the 24th Street BART station from 7 a.m. to 6 p.m.

Priority will be given to 24th Street corridor workers and commuters. BART and Calle24 are also part of the collaboration.

Mission Local learned about the testing site through fliers distributed in the community. UCSF will make a formal announcement later this week.

The testing will be performed by UCSF and the testing site will remain open for at least three weeks, according to Jon Jacobo, the head of the Latino Task Force’s health committee. Jacobo deferred to UCSF for further details.

“Our goal is to show and to prove that if you do a pop-up at a transit hub that you will have people test,” Jacobo said, adding that they will be testing workers “On their way to work, and coming from work.”

It’s unclear how many tests are available per day.  The processing will be done by the Chan Zuckerberg Biohub, Jacobo said.

The testing is not part of the expanded testing announced last week by Mayor London Breed.

Already, the Latino Task Force has been able to test 300 people on Thursdays at its testing site on Alabama Street between 19th and 20th Streets, but tests have been constrained there, as they have been at other city popups.

We will be updating this story as we get more information.

If you don’t support Mission Local, please consider doing so. We depend on our readers. 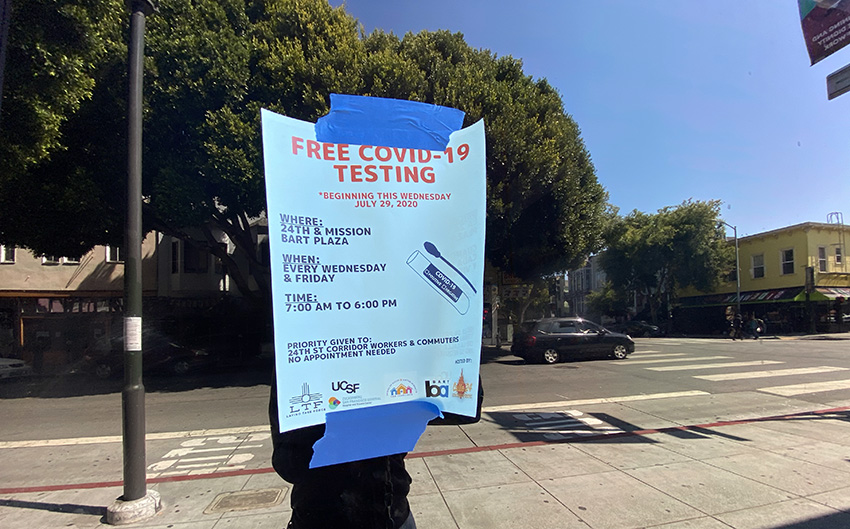