SF retailers begin to reopen slowly— and hope for the best 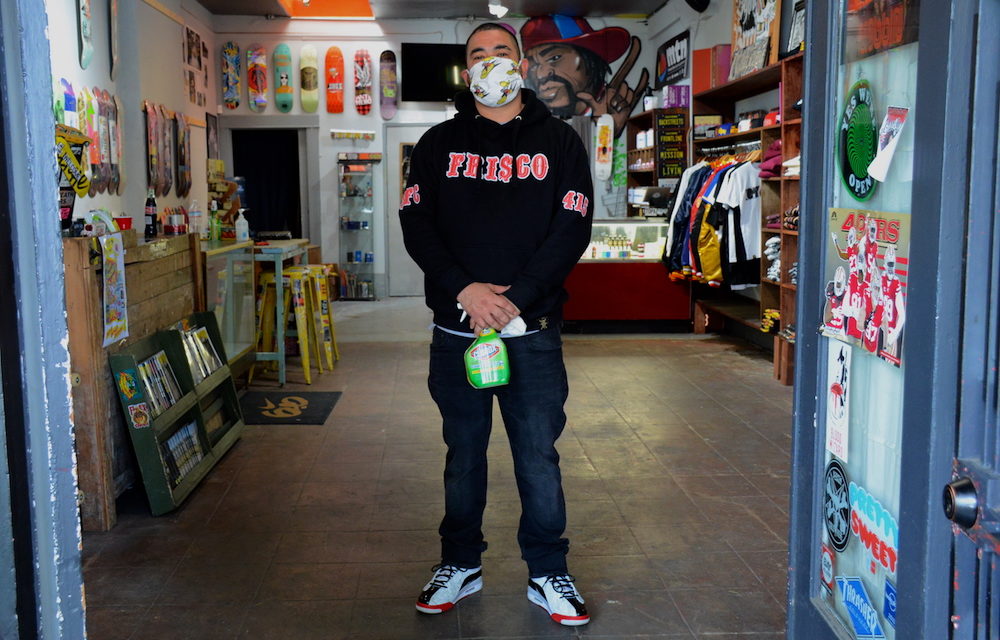 The vast majority remain boarded up, and it’s unclear if they are just waiting to see what others are doing, find the most recent guidelines too restrictive, or perhaps are shuttering for good.

Those who did decide to open said they were going for it — whether it works out or not.

“We’re going to try it and see what happens,” said Stacy Rodgers, the owner of Curator SF, which shares a space with Needles and Pens on Valencia Street. She had just finished clearing most of the boards from the windows and placing many of her store’s items into its large windows.

“We’re trying to make a mini-store in the front,” she said, “so people can see in the windows and order.”

“We were not even sure how the curbside would work out or if it would even be worth it,” she added. Nevertheless, she was happy to see the boards down and to be back to work.

Edward and Grace Lyong opened their discount variety store on Mission Street for the first time today. But so far, business has been slow. “So slow,” he said, adding that customers can peer in the store and point to what they want. He takes it from there, and the whole transaction happens at the doorway.

Nevertheless, the easing was welcome news for some, especially those who had not received government assistance. Reopening, it seemed, was an act of desperation.

At JJ Jewelry on 24th Street, Edgardo Campos, the owner, opened for the first time today. “Sixty-four days,” he said in wonder of the time he has been closed. “It’s been 64 days. Now I have to make sure that I can buy bread for my family.”

Campos said he was unable to get any government help, but he took out a small loan to pay his $3,500 a month rent and his mortgage. He did not want to talk about the future — or the past.  “I’m just trying to start working today,” he said. 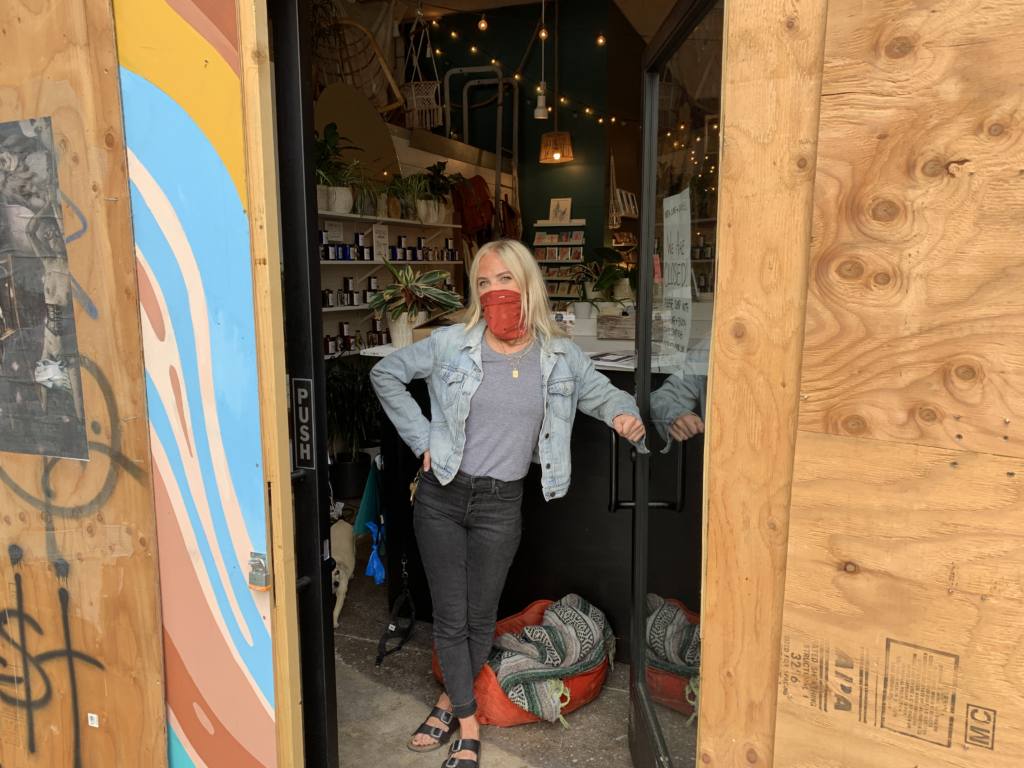 Others did not reopen — or did not see how easing the restrictions would make a difference.

Johnny Travis, the owner of State of Flux, a clothing boutique on Valencia and 23rd, said curbside pickup did not do much for him. “No one’s going to come and pick up curbside,” he said. “That’s not our business. How are they going to see the stuff on the rack?”

He said he was going to wait and see. But for now, online sales have been helping him sustain his business.

The same was true at Dying Breed on 24th Street. Josue Hernandez, who sells his Dying Breed clothes at Mission Skateboard, was there cleaning up the front of the store. He was unclear if the store would be re-opening this morning and he was waiting to hear. “A lot of our stuff gets sold online, and people have still been buying,” he said.

Nonetheless, he said, they’ve missed the sales that come from weekend foot traffic.

An online presence makes it easier for people to place orders and then pick them up. Nearby, at Jenny Lemons, which sells art supplies, jewelry and cosmetics, online ordering means they only open the shop on Monday and Wednesdays for pickup. “We’re having a meeting today to decide if we will open more days,” said employee Sarah Ogden.

Others were making similar calculations — and perhaps taking online engagement to a new extreme. Sean Quigley, the owner of Paxton Gate on Valencia, has not opened yet. But soon he’s hoping to do virtual tours through his shop with a staff member, and a customer can stop at an item and ask questions. If a customer chooses to buy something, they could have it delivered or come to pick it up.

“I honestly don’t know if it’ll pay for itself,” he said, “but we’ve got to give it a try, since it seems this virus is going to be around for a while, and closing and hunkering down would mean going out of business.”

Sarah Larson had taken the first of her boards down Monday morning and plans to keep it simple, starting with managing the store on her own, and eventually phasing in a few employees. She was relieved to get started again. Without government assistance so far, the extra income could help.

“One more month of this would have been really hard,” she said.