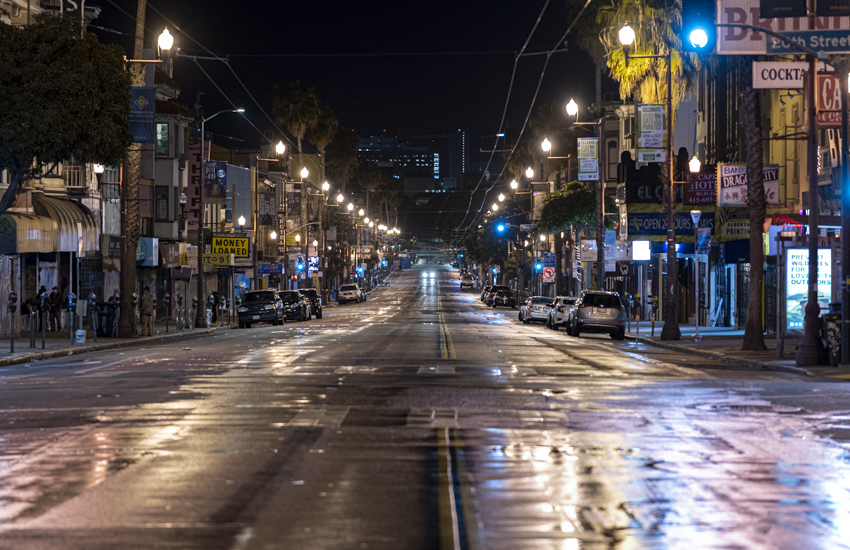 Midnight on Mission and 20th.

The most recent numbers from the Health Department show 36 newly announced confirmed cases, and one new death as of yesterday.

All of these numbers will be closely watched as the city slowly opens up. An uptick – especially in hospitalizations – might provoke a slower pace.

Testing numbers remain low and it has become clearer that public health officials don’t have any clear idea of how often essential workers should get tested.

I dropped into the SF testing site in SOMA for a test this morning (no symptoms) and both walk-in and drive-through had very few people coming in for testing. As we have reported before, virtually anyone in San Francisco can get tested. You can register here.