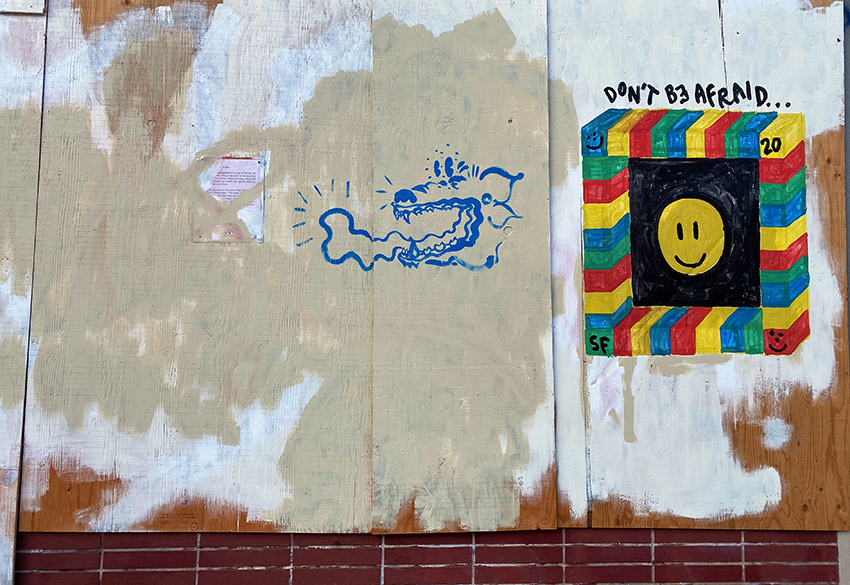 Update, 5:10 p.m. Sorry for the delay, but we did get an explanation of the big one-day 122 jump in cases. “We have switched to a new data tracking system and there was a one-day bump as some of the lab data is now reported more quickly,” said Veronica Vien, from the Department of Public Health.  “It should return to normal tomorrow.”

The most recent numbers from the Health Department show 122 new confirmed cases, and 3 new deaths as of yesterday.

In absolute terms, that’s the largest number of daily new cases ever reported in San Francisco. As a percentage increase over the previous day’s figure, it clocks in at 6 percent.  We have had other daily percent increase numbers that have matched that — most recently, on May 4 and April 22 — but all other instances of higher percentage increases were more than a month ago. It’s just a single daily datapoint, though, and far too early to know if it indicates a trend.

Moreover, we don’t yet know why the jump occurred, but we are asking the Department of Public Health and will update you on what we discover.

The jump may be a result of increased testing – albeit with problems – in vulnerable communities such as the Tenderloin and Bayview where officials know the incidence will be higher. But again, we will do our best to find out quickly where the new cases are coming from.

On Thursday we looked at the state’s reopening metrics concerning hospitalizations and found San Francisco on an excellent downward trend. That continues today with a drop in the total hospitalizations to 56.

Another state metric — one revised from an earlier, more stringent guideline — calls for counties, over 14-days, to have less than 25 COVID-positive cases per 100,000 residents or a testing positivity over the past 7 days of less than 8 percent.

In San Francisco, this works out to about 220 cases over 14 days or around 15 new cases a day. The earlier metric called for 88 cases or 6 cases a day over 14 days so the state has loosened this considerably.

We’re still not meeting the lower bar of 220 cases as we are well over 400 cases over the last two weeks. On the bright side, our testing positivity is well below 8 percent so the state would give us a pass on our higher cases.

On testing, we’re simply doing nowhere near our capacity of 5,800 tests a day. As we have reported, virtually any resident can get tested because the required symptoms have been vastly expanded. Especially if you are working with the public, go here to register for a test or call 311 if the site frustrates you.

And as we write today, efforts to expand testing have indeed frustrated residents at the city’s new mobile site in the Tenderloin.

Also on our site today, Dr. George Rutherford, a UCSF professor of epidemiology, said in Thursday’s Grand Rounds that, yes, the kids should return to school in the fall. Parents, on the other hand, are likely to have fewer bars to visit as the pandemic is killing them off.

Short of a vaccine or treatment, what will be most important for individuals in keeping the curve headed in the right direction? “We wear masks,” said Rutherford on Thursday, a mask mantra he began several weeks ago.

Rutherford, by the way, would choose masks over social distancing (if you put a gun to his head).

And, according to new guidelines by the Centers for Disease Control and Prevention, surfaces appear to be less of a problem, the Washington Post reported this morning.

Transmission is mostly person-to-person and masks especially prevent asymptomatic carriers from passing it on to someone else.  Remember, in the Mission District study, 53 percent of the COVID-positive residents were asymptomatic.

Rutherford agreed about surfaces: He doesn’t worry about mail or bags at the supermarket, but he also expressed some caution on surfaces. They’re “not as worrisome as having somebody sneeze in your face. But I think you discount this at your peril.”

He offered a vision of the long vertical bar in the New York City subway.  “I’d sure as hell wash my hands right after I touched it.” Ditto.

If you have not already contributed, take the time to support our reporting here. We depend on you.