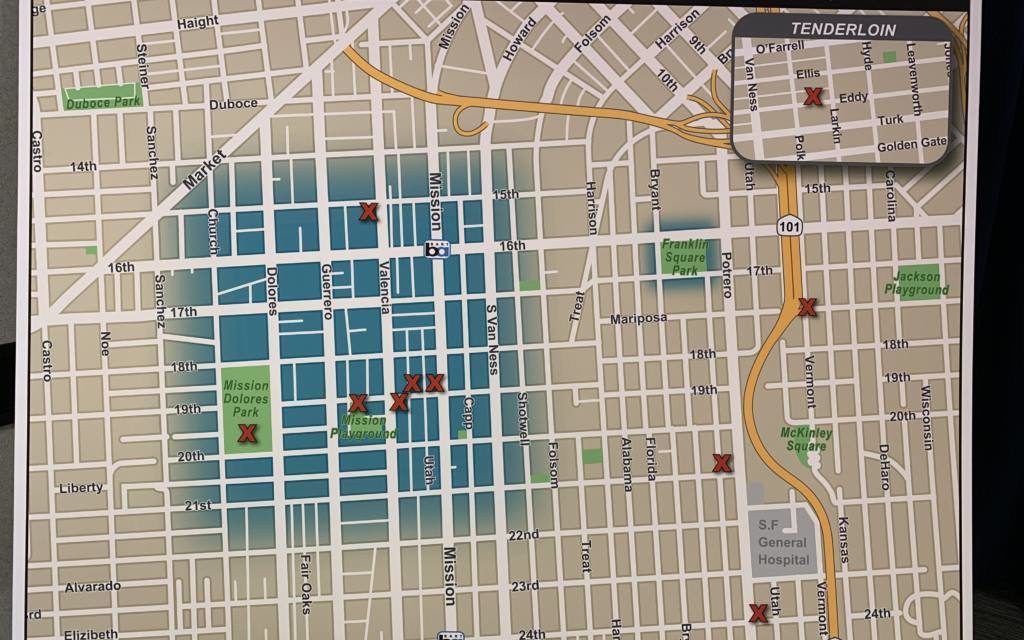 A federal grand jury has indicted 17 alleged MS-13 members suspected of wide-ranging violent and criminal acts perpetrated largely in the Mission District, the U.S. Attorney for the Northern District of California announced today.

A federal indictment unsealed Friday accuses many of the 17 men, all alleged members of the MS-13 “20th Street clique,” of attempted murder, drug dealing, witness intimidation and robberies. All of these crimes, the indictment alleges, were performed to further the gang’s proliferation and agenda.

In January 2019, for example, three of the men allegedly assaulted a family — including two children, ages 15 and 12 — across the street from Mission Playground, chasing them, pointing a gun at them, and eventually punching and kicking them because they wanted to know if they were in a rival gang.

“Violence is at the core of the organization,” U.S. Attorney David Anderson told reporters at his office at 450 Golden Gate Ave. at a morning press conference.

Almost all of the alleged crime and gang activity took place in and around the 20th Steet clique’s alleged territory in the Mission, which the indictment defines as Mission Street between 15th to the north and 21st Street to the south, Church Street to the west and South Van Ness to the east.

“Mission Playground lies at the center of this territory,” the indictment claims, noting that the gang also controls Dolores Park and Bryant Square Park. Mission pool and playground is at the “center” of MS-13 territory. Photo by Lola M. Chavez.

On September 16, 2016, Alexis Cruz Zepeda (“Zorro”) and Kevin Reyes Melendez (“Neutron”) allegedly fired eight shots at a person they suspected of being in a rival gang near Hampshire and 21st streets. The victim suffered five gunshots, and the incident led to a high-speed chase, with the alleged assailants evading law enforcement that night.

Other stories are similar. Two alleged members, Oscar Espinal (“Chuy”) and Edwin Alvarado Amaya (“Muerte”), allegedly stabbed a person they suspected of being a rival 15 times at the bus stop at 24th street and Potrero Avenue in November 2017. Three members — Belloso Aleman (“Smiley”), Kenneth Campos (“Nesio”) and “Neutron” Melendez — allegedly punched, kicked, and stabbed a person at Dolores Park in May 2018 for growing up in rival gang territory.

The indictment details eight other similar incidents. All but one happened in the Mission District.

“All 17 of the men are in federal custody as of” Thursday, Anderson said, emphasizing that the indictments consist of “allegations, not proof.” Six of them were arrested Thursday, while the rest were already in custody, he said.

“All of the defendants are presumed to be innocent,” he said. “They enjoy that presumption of innocence, as do we all, unless or until the charges are proved beyond a reasonable doubt.” 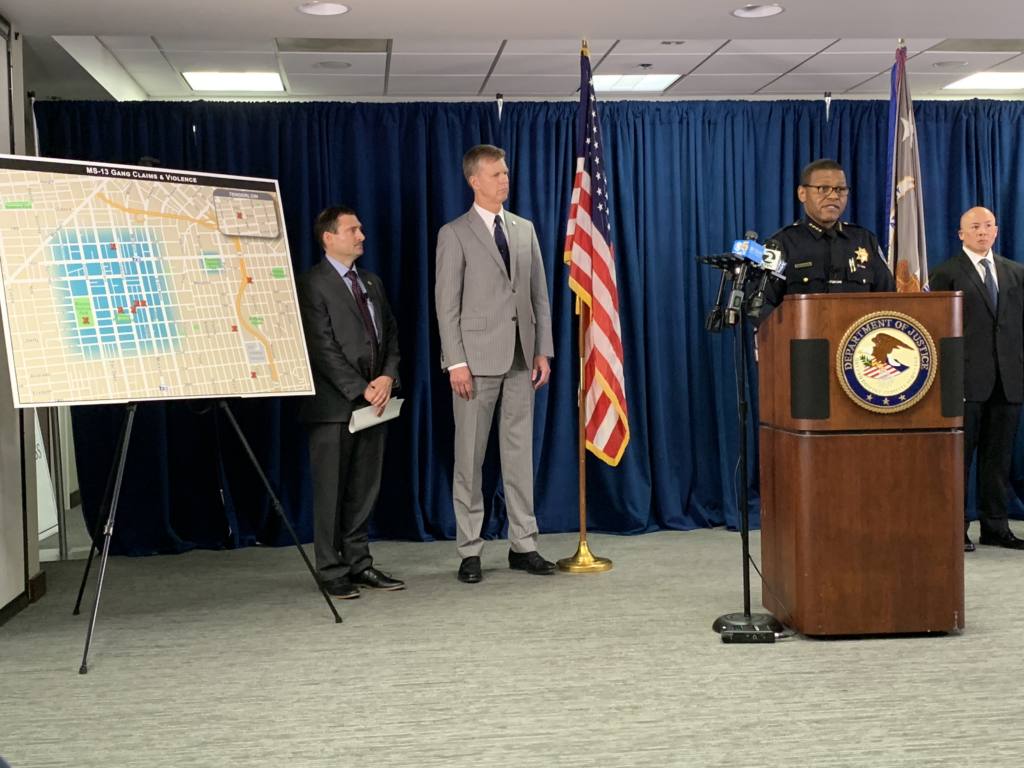 Martinez was shot on March 17, 2017, outside of Beauty Bar on 19th and Mission streets.

Scott said that a man Jose Mejia-Carillo, who is not named in the indictment, shot Martinez once and then shot him a second time as he lay on the ground. Alexis Cruz-Zepeda, one of the 17 men named on Friday, kept lookout.

Abel Esquivel, a Mission native and budding youth counselor, was shot on 26th and South Van Ness on Aug. 15, 2017, with a gun stolen from a police officer’s car. Erick Garcia-Pineda and Jesus Perez-Araujo, who were not named in the indictment, were arrested and are awaiting trial in connection with the killing.

Speaking about Friday’s indictments and the overall violence of the MS-13 presence in the neighborhood, Scott said that the “arrests provide a sense of comfort and relief to the residents of the Mission District and the residents of the City and County of San Francisco.”