A few things about Viola Buitoni: she’s Italian, she’s a mother, she can cook, she lives in the Mission. Find out how they intersect in her life in this series of articles and videos.

Viola’s notes on the ingredients.

There are two main elements I use to classify an ingredient as for cooking versus eating: taste and price. Obviously, how a food tastes and how much it costs will be determined by a number of elements along its cycle of production – organic vs. conventional, aging, feeding of the animal from which it came, etc.

In the case of the two prosciutto I like, the Spanish ones, serrano and iberico, the latter can be up to four times as expensive as the former, which starts at around $25 per pound. The serrano is made from white pigs bred in large numbers, which have a good diet of feed, and it is aged.

The iberico is made from a rarer breed of black pig from carefully defined regions. The adult diet of the hogs consists mostly of acorns, as the herds are allowed to roam free in the area woods. The iberico is sweeter and nuttier. It has a better texture and supposedly, because of the diet and the roaming, the fat is rich in the oleic acid found in good cholesterol. Avedano’s carries them both.

The eggs I use for eating come from small farms where chickens run around and peck the food from the ground. Production is not forced, but happens naturally, which is why at certain times of the year one has to book the eggs in advance.

What I like in this type of eggs is the intensity and the unctuousness of the yolk, the velvety way it slides on your tongue rather than just going down like any other liquid. The taste is more intense and very distinct from the white. In industrial eggs the white and yolk tend to taste like one thing. The brands I like are Alder Lane Farm (Bi-Rite), Soul Food (Avedano’s) and Sherman Island (Boulette’s Larder in the Ferry Building). These eggs run from $7 to $10 a dozen.

The fresh tagliatelle Ernesto is working are made with Alder Lane Farm eggs, I wish all the viewers could smell the intoxicating fragrance they impart to the dough

When I cook I will use a good organic egg, typically omega-3, like Clover or Judy’s, and unless I am making something decidedly eggy, like a custard, then I don’t find that the end result is impacted enough to justify using the pricier eggs.

The salt used here: Trapani sale. It is Sicilian unrefined sea salt gathered from a place that is a World Wildlife Fund reserve by a family that has been doing it for several generations. Avedano’s carries it in one pound boxes as well as in small jars of fior di sale, those flakes blown together in cloudy foam from the wind, which are so thin and delicate they melt delightfully upon landing on those foods they finish. Lucca carries another type of Sicilian salt, SoSalt, which is also good, but not as exquisite as the Trapani sale.

The flour I get wholesale and it is not available. However you can get Alce Nero 00 organic flour from Rainbow, which works quite well. They also sell bulk 00 flour, but it doesn’t taste as good, though it’s much cheaper.

Olive oil: I use Francesco DePadova EVOO from Puglia in the South, and for finishing either Siloro from Frantoio Olivestri in Umbria, or a much gentler and more flowery Ligurian olive oil called Costa dei Rosmarini.

Viola Buitoni will be teaching a class on Le Fantacrostate della Mamma — My Mother’s Wonder Tarts — on Wednesday, May 11, at the Italian Consulate, 2151 Broadway at Webster.

On Tuesday, May 24, she will teach a class, Le Delizie di Primavera or Springtime Delight, on spring vegetables paired with local artisanal salumi.

Class size is limited to six and the cost is $140 per class. 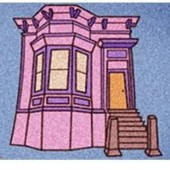