Pushed Out for Profit

Video clips from the 1978 documentary, “Pushed Out for Profit”

Imagine rents going up three, four, even seven times in a single year!

This was the case for many Mission and San Francisco residents in 1978, the year before the Board of Supervisors approved rent control.

Documentary film maker Charles Bolton and the production company Optic Nerve, now Ideas In Motion, caught the angst in “Pushed Out For Profit.” The film aired on KQED on Sept. 6, 1978.

In the interest of reminding readers of the Mission’s history, Mission Loc@l edited seven short clips from “Pushed Out For Profit” that appear on this page.

The documentary shows the plight of the tenants and the successful campaign for rent control. The style is unapologetic in its activist bent.

The film “was criticized for showing only the tenants’ side of the story,” Bolton, the film maker said recently. ”Our object was to teach people to get organized in neighborhoods.”

The film includes an interview with young housing activist Calvin Welch, who is still an affordable-housing advocate and lives in the Haight. Mission Loc@l interviewed him for Clip 7. 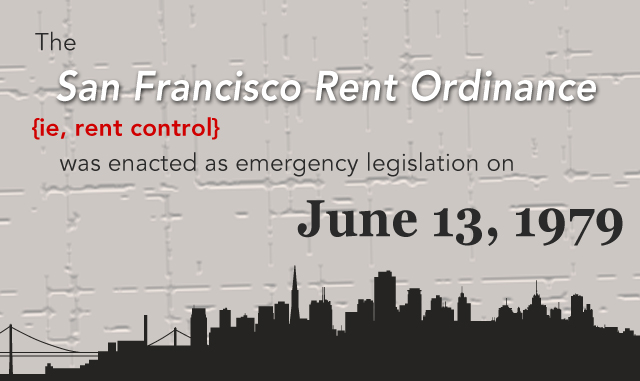 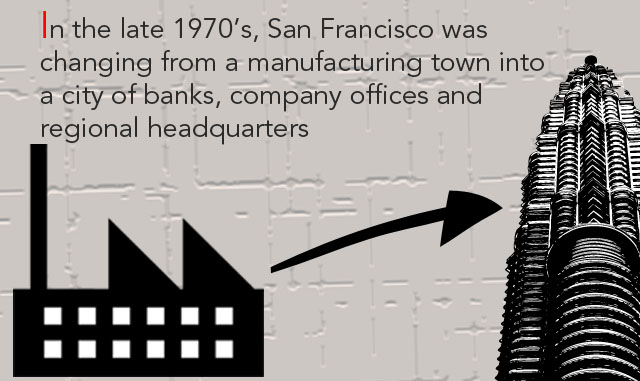 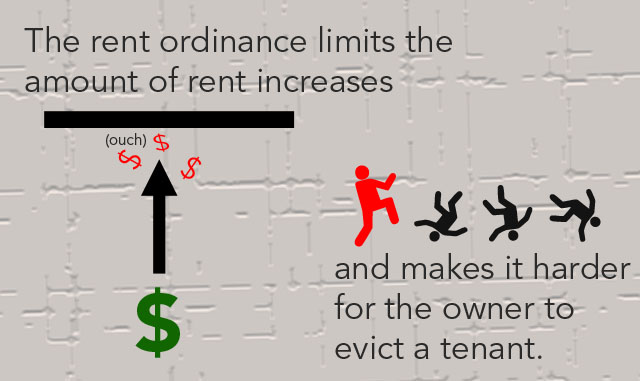 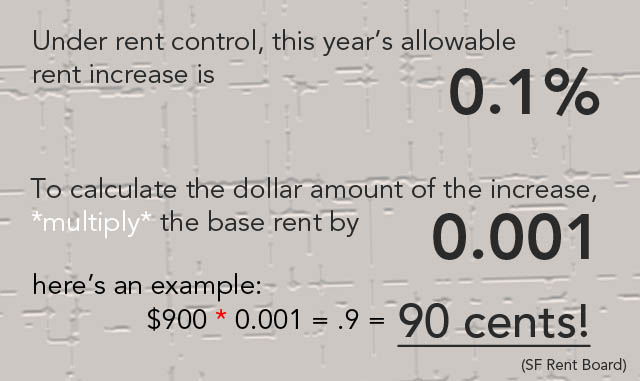 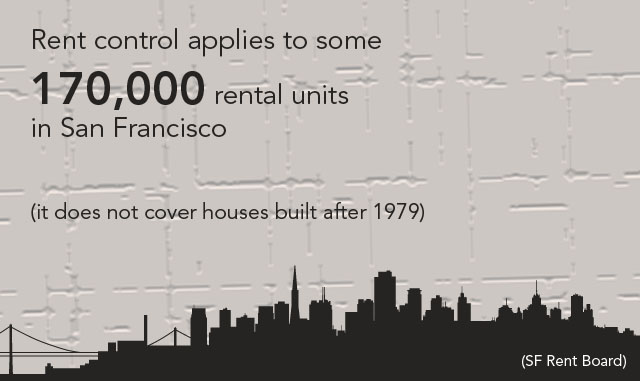 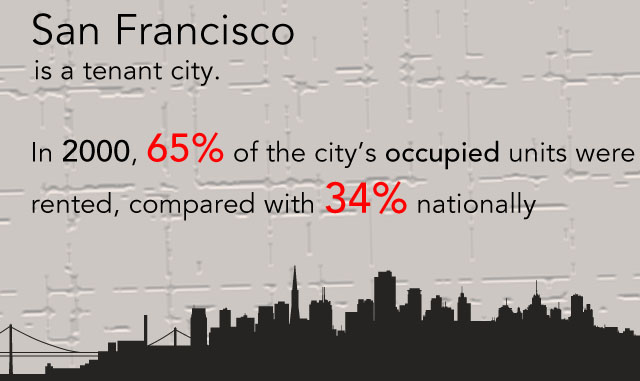 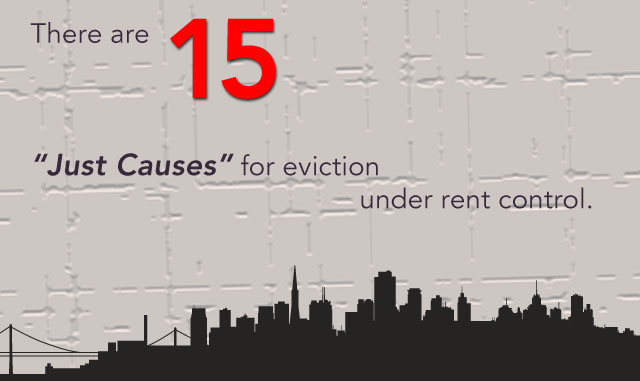 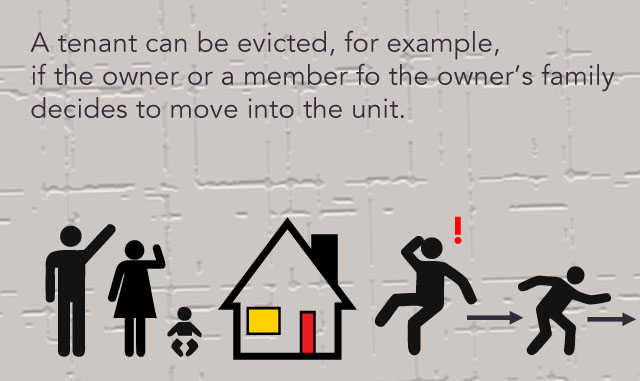 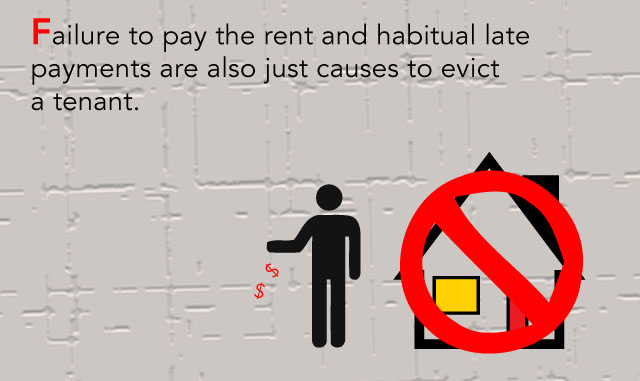 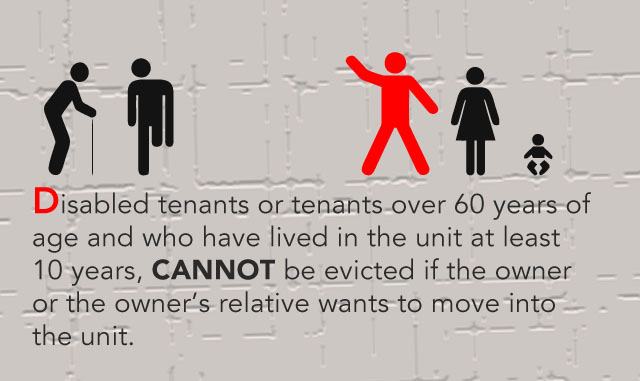 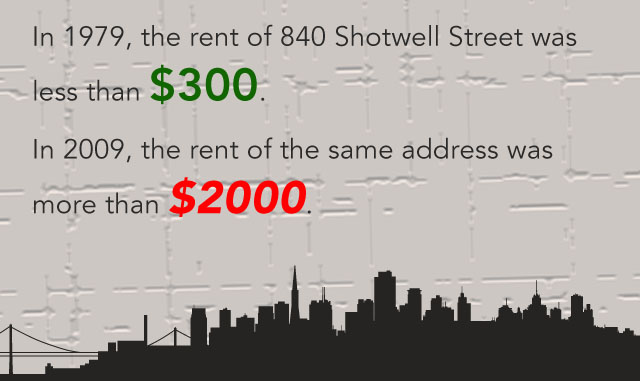 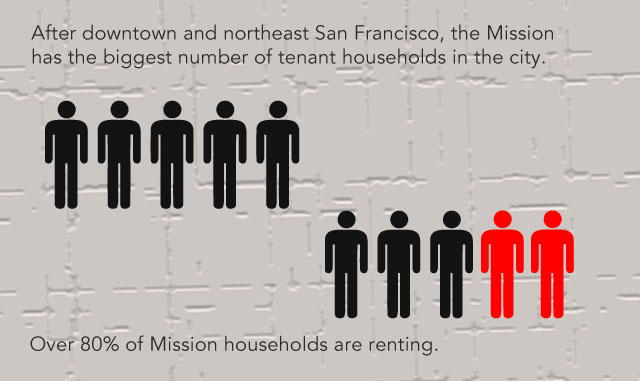 Supervisor Harvey Milk, one of the most visible figures on the issue of rent control, appears in his Castro camera store in Clip 5. Six months after he was interviewed, San Francisco’s first openly gay supervisor was shot and killed.

Apart from the more familiar faces such as Milk and Enola Maxwell, others who appear in the film include former Mission tenants Reuben Burke, Pat and Gene Westegaard, Bill and Julie Camerlo. All of them used to live on Shotwell Street. Mission Loc@l revisited their old house to meet the current tenants in Clip 3. We also meet the ex-tenant Julie Camerlo in Clip 4.

The supervisors passed the Rent Stabilization Ordinance in 1979. Rent control now applies to some 170,000 rental units in the city. It limits the amount of rent increases and the reasons for evicting a tenant.

However, rent control only covers buildings built up until 1979. Numerous efforts to extend the rent ordinance to houses or apartments built after 1979 have for the most part failed. Sara Shortt, executive director of the Housing Rights Committee of San Francisco, pointed out an exception. Recently, she noted, the Board of Supervisors voted unanimously to extend eviction protections of the rent ordinance to post-79 buildings in foreclosures.

Also, the recession has slowed the rate of rent increases. Tenant evictions have also decreased.

The San Francisco Rent Board’s statistics released in September 2009 show tenant reports of alleged wrongful evictions decreased by 8 percent compared to the previous year – from 531 to 488.

Read about tenants’ rights at the SF Rent Board’s website.

Thanks to Michael Nolan and Jim Mayer and John Rogers of Ideas in Motion for their assistance on this piece. Original documentary “Pushed Out for Profit” provided by Ideas in Motion.