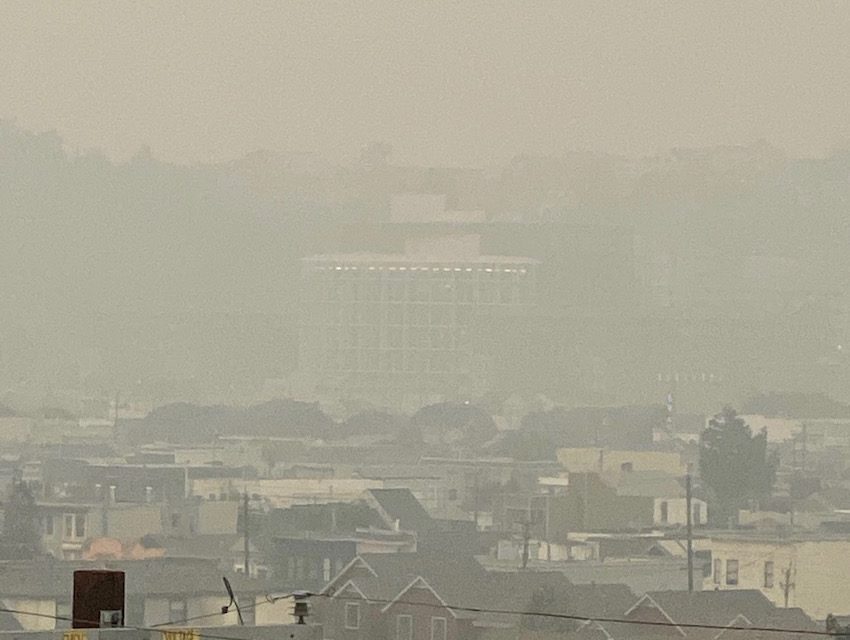 UCSF returned to Covid Grand Rounds yesterday with Drs. Rutherford and Gandhi leading the way. For those who count on vaccines to release us from the pandemic’s clutches, Dr. Rutherford offered some cautionary words. But good news! Dr. Gandhi, a well-known believer in the power of masks, said “masking may be the poor man’s vaccine.” Yes, Doctor, I would not be surprised if that turns out to be the case.

Over a week after Joe revealed City gyms remained open, while other indoor gyms were closed, Dr. Tomas Aragon took aggressive action clarifying that earlier health orders closing gyms included the City’s own. In four days, all indoor gyms, ostensibly including the City’s, will be allowed to open, albeit with “limited capacity”.

Refusing to be ignored in these days of health and climate crisis, the Department of Police Accountability, weighed in with a new epilogue to Kafka’s Trial. In shooting Mario Woods 27 times after surrounding him in 2015, DPA said the cops did nothing wrong. Instead they blamed the “policy” for not prohibiting the use of  “excessive” and “unnecessary” force.

And now, if you’re still breathing, on to the numbers.

Just when it seemed like we were beginning to get case numbers in a time approaching “reality,” today DPH added only 2 cases to the Mission, bringing the total to 1380.

The seven-day average number of daily cases for the week remained somewhat plateaued. For the week ending September 4 the average was 68, or 8.0 per 100,000 residents.

The estimated R number model we primarily use suddenly dropped to below .90. Good news, but with all the smoke, who knows how long it will last.

The seven-day rolling average of positive cases also remains on a plateau, though considerably lower than the one for the average number of cases. For the week ending September 4 it was 2.10 percent.

Again the number of ICU patients slightly dropped while Acute Care patients rose to bring the total hospitalizations as of Wednesday to 83. Hospital capacity continues to fluctuate but the availability of both ICU and Acute Care beds continues to meet DPH goals.