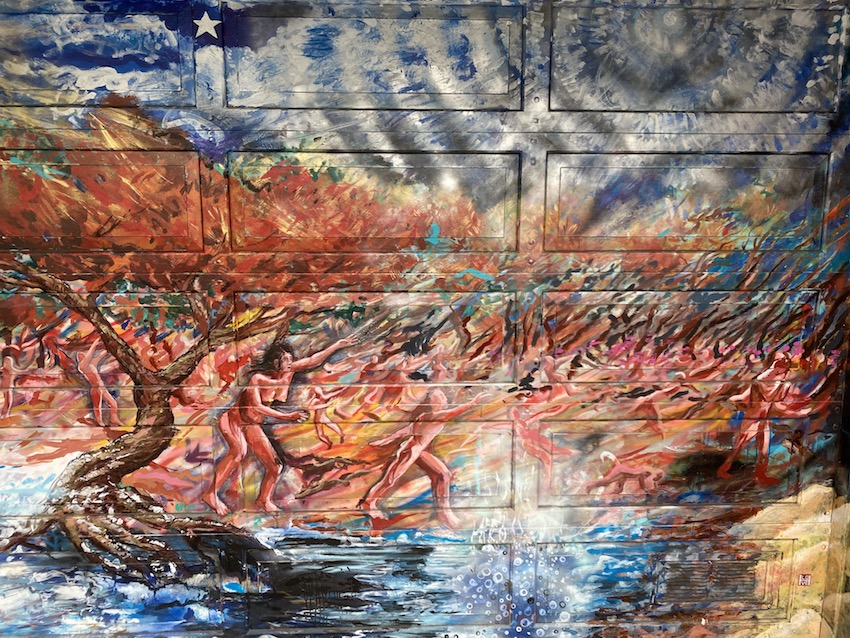 Salud es Poder — Health is Power.   After 41 years,  this year’s Carnival will be unlike any we’ve ever seen, a change prompted by the virus and its impact on the Latinx community.

“If you were to create a petri dish and say, How can we spread this the most? It would be cruise ships, jails and prisons, factories, and it would be bars.” As bars remain closed indoors, Kaiser Health News reports how bars fuel Covid outbreaks.

1212 cases are now reported in the Mission as of August 21. The hardest hit area is between 17th and 22nd, South Van Ness and Valencia.

On August 18, the seven-day average of daily cases was 86, another small drop. Because of the delay in analysis and reporting, numbers will rise. The average number of cases per day per 100,000 residents works out to 9.9, the first time below 10 since July 12

The R number in SF continues just below 1, generally in line with California and much of the Bay Area to date.

A small spike in Acute Care patients raises the total Covid confirmed and suspected hospitalizations back over 100. On Sunday, DPH was reporting increased hospital capacity, with 104 ICU beds, and 430 Acute Care beds available.

With data more reliable a week ago, the average positivity rate continues just below SF’s historic average of 3 percent.

Although only 2 percent of the cases are people over 80, this age group still makes up the majority of deaths (53 percent).

With death numbers lagging like case numbers, the 77 deaths can now be considered a “more reliable” figure.