Laid off for a positive COVID-19 test? SF supervisor seeks to make that illegal. 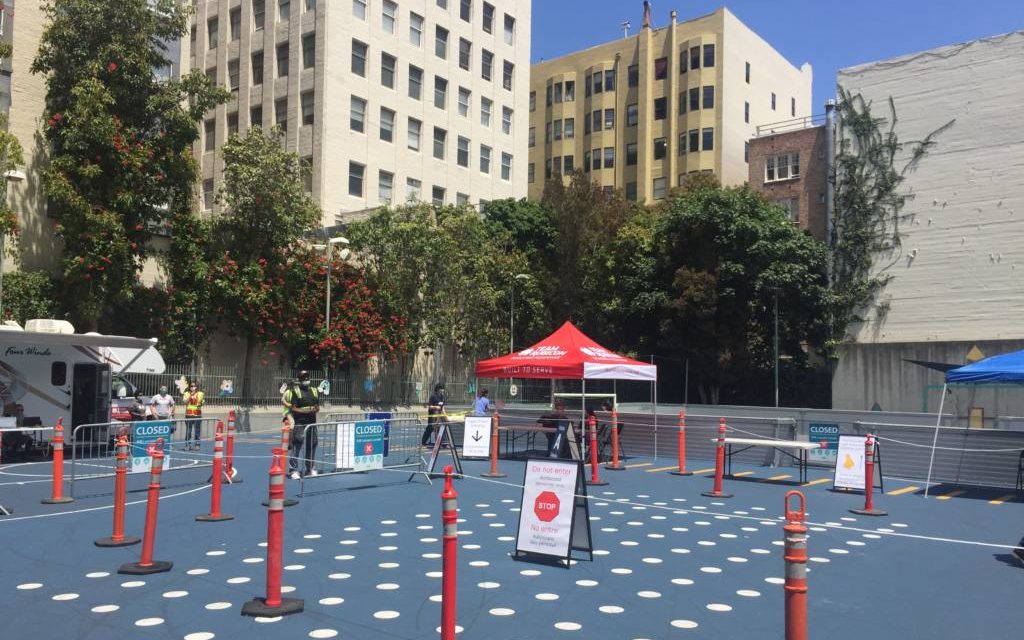 The COVID-19 mobile testing site at the Tenderloin Recreation Center on May 20, 2020. Photo by Michael Toren.

Supervisor Hillary Ronen is proposing legislation that would protect workers from being laid off if they test positive for COVID-19.

Ronen, who represents the Mission District, will introduce the legislation at Tuesday’s Board of Supervisors meeting, her office announced on Tuesday. In protecting workers, the so-called “SAFER Act” would help encourage essential workers to get tested without the fear of being fired should a test come back positive.

“For many San Francisco workers, especially low-wage workers, there is a serious and legitimate reluctance to take a COVID-19 test if they believe that a positive diagnosis and the need to quarantine could lead to them being fired from their job,” Ronen said in a statement.

That fear of getting tested and the workers’ willingness to put themselves in harm’s way became clear during a UCSF study of one parcel in the Mission District that tested thousands of residents and found 95 percent of those who tested positive were Latino.

In doing outreach for the project, researchers and the Latino Task Force on COVID-19, a coalition of community organizations, learned that some people were reluctant to get tested, fearing the repercussions on their living and employment situations.

“During these times of economic uncertainty, people are unwilling to do anything that might put their ability to work and earn an income at risk, even if that means foregoing something as important as a COVID-19 test,” Ronen added.

If passed, the SAFER Act would make it unlawful for employers to “fire, threaten to fire, demote, suspend, discipline, reduce employee benefits, or in any manner discriminate against” workers who have COVID-19 and must quarantine.

If an employee believes their rights have been violated under the ordinance, the worker can file a complaint with the San Francisco Office of Labor and Standards Enforcement, which would then investigate and find the “appropriate remedy,” such as ordering the rehiring of the worker, payment of lost wages, and possibly fines for subsequent violations.

The proposed measure would complement another program Ronen launched two weeks ago, which provides income support to workers for two to four weeks if they need to quarantine.

“Essential workers have kept the City running during this dangerous time, at the risk and sometimes the expense of their own health,” said Susana Rojas of the Latino Task Force on COVID-19. “It is critical that workers, especially essential workers and others who cannot work remotely, be able to access testing and quarantine when needed without fear to contain the spread of COVID-19 and allow safe reopening of additional businesses.”