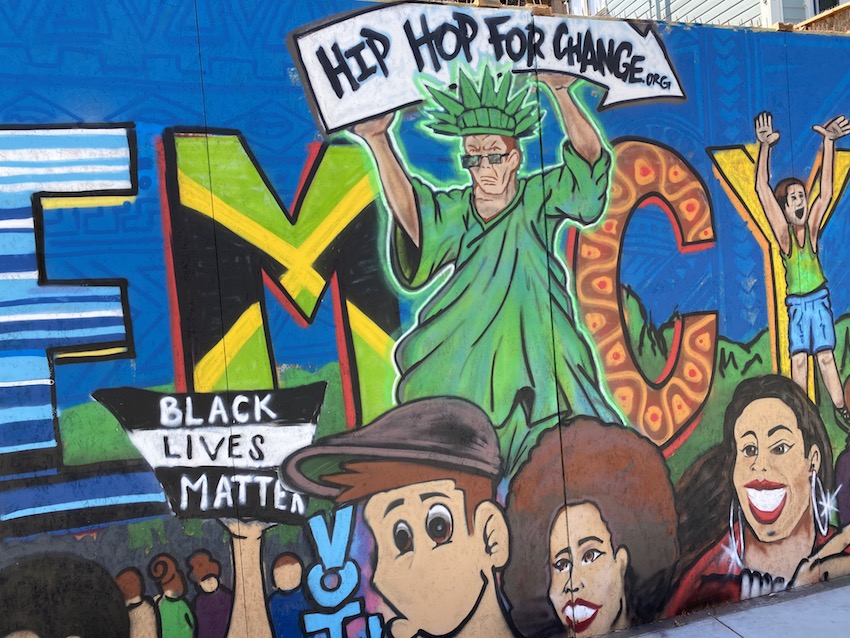 The virus continues its spread through the City (except for Seacliff).  The City has resumed reporting some hospitalization numbers  (hospitals are getting crowded) and the Cow Palace now hosts long food lines. And testing started this morning at the 24th Street BART.

Although neither the Vaccine, nor the Treatment arrived this morning, containing the contagion is no big mystery: testing, tracing and isolation/quarantine. Mission Local has reported on the problems with testing (especially getting results back quick enough to be meaningful), and contact tracing continues to lag. Mission Local reported a while back on the SF’s minimalist program, but we have no new updates. We will provide more information, and graphs on contact tracing as soon as datasets become available. Arriving soon, says DPH.  A report in the New York Times today on the problems that city has had ramping up their tracing program.

An additional 32 cases were added to the Mission, raising our total to 911.

Cases appear to be tapering off somewhat, but less than it appears. Again, because of the delay in analyzing tests, new figures for old dates keep coming. For example, yesterday’s graph showed the average number of positive cases to be 75. Today for July 22, the number is 92. You get the picture. DPH says after July 22, the numbers are “less reliable.”

The percentage of positive results from tests continues to be relatively high compared to the City’s overall average since March (3 percent). Although the number given for July 26 was 3 percent, we can expect it to rise due to delays analysis. If you consider the seven day rolling average of positivity rates for the week ending July 22, that gives you a “more reliable” figure of 4.60 percent.  And going back further, we haven’t had an average of 3 percent (the historic average) since July 11. Nonetheless, below 5 percent is still better than the state average.

The City has begun reporting some hospitalization figures.  Although the numbers continue to rise, the rate of increase has slowed down somewhat. For the week ending July 27, there was a 15 percent increase, which is better than it has been. We still get no information on the age, race, or ethnicity of the patients either in ICU or Acute Care. Note the availability of beds has continued to fall, though DPH says they have enough to handle a “surge.”

The R number confirms the virus continues to spread.  It has been 1.25 for the past week, but remember the number is an estimate which ranges from 1.13 to 1.36, so there may be more fluctuation than meets the eye.

Remember a couple of weeks ago the New York Times had to sue the CDC for information on race and ethnicity of those affected by the Covid-19. A new report finds the “CDC’s presentation of data on race/ethnicity and COVID-19 deaths is misleading, with consequences for resource allocation for mitigating health inequities.” For more information go to https://jamanetwork.com/journals/jamanetworkopen/fullarticle/2768722