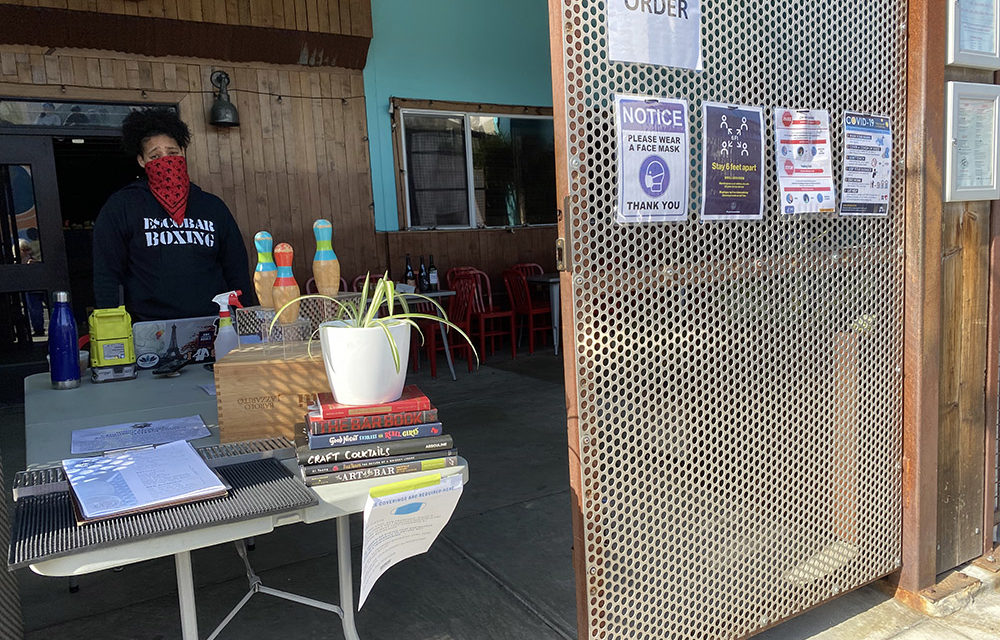 But opening the economy more depends on whether the curve remains flat during the next couple weeks, and “people are able to continue to follow the social distancing and hygiene and mask guidelines,” said Dr. Grant Colfax, the director of the San Francisco Department of Public Health during an online public discussion with Mayor London Breed on Monday morning.

Colfax said San Francisco’s plan to enter the next phase of Gov. Gavin Newsom’s reopening guidelines — which sees schools, offices, child care services, and indoor retail services “adapted” to open — could happen in the next “two to four weeks” if all goes well with the current phase, which allows curbside pickup and manufacturing to move forward.

Colfax said that all of the categories in the governor’s so-called “Phase 2b” — schools, offices, retail, and childcare — would likely not reopen all at once, but he nonetheless saw the process kicking off sooner rather than later.

“I think generally we would anticipate another two to four weeks of watching the data,” he said, “and learning from what we’ve learned” from the current phase of reopening.

Breed talked about what that means for phase three — movie theaters, churches, nail salons, and dine-in restaurants. “We’re still talking about those places, even a month away,” she said.

Breed and Colfax did not even touch on “Phase 4” — large gatherings such as sporting events, concerts, and conventions.

They cautioned that any progress is contingent on many factors: A flat or declining number of cases and deaths, having more than enough hospital beds, being able to test 1,600 people per day, robust contact tracing, and a 30-day supply of personal protective equipment.

And if we’re not careful, Colfax said, all progress could be lost — no matter the phase. “As we work through this to enter this new phase of a gradual reopening,” he said, “it’s really important to emphasize, while we’re hopeful, that the situation can change quickly.”

“When this virus takes off,” he continued, “it takes off really fast.”