Ninety-five percent of businesses can reopen on Monday, as retail allowed to resume with curbside pickup and delivery 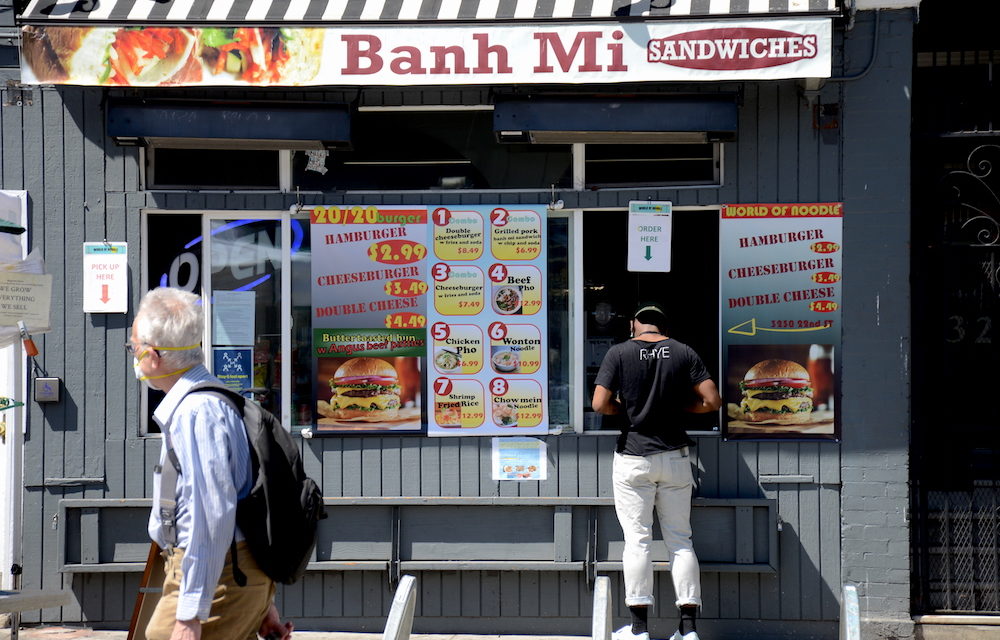 ‘This may lead to breakage among the six counties. We don’t know yet.’

If hospitalizations and other key metrics stay flat in the next five days, the city will allow most retail businesses — those with street access — to open for delivery and curbside pickup on Monday, city officials announced today.

Moreover, manufacturing and warehouse facilities can also reopen, albeit at reduced capacity.

That means 95 percent of the businesses that have closed can now reopen, Mayor London Breed said at a Wednesday press conference. “What this means for the city is incredible.”

Today’s announcement followed a similar easing of restrictions in San Mateo County announced by its health officer, Dr. Scott Morrow — marking the first time one of the six Bay Area Counties that issued a joint health order March 17 deviated from the group.

“There may be counties that follow,” said San Mateo County Supervisor David Canepa earlier today. “This may lead to breakage among the six counties. We don’t know yet.”

San Francisco’s announcement was of course underpinned by officials warning that the city still faces steep challenges. “Remember, the virus has no timeline,” said Dr. Grant Colfax, the director of the Department of Public Health. “If we move too quickly, it will get much longer.”

“But the good news is the way we live with the virus is largely under our control,” he added.

Retailers that reopen must limit their employees to no more than 10 onsite at anytime given time. It appears that customers will not be allowed inside, but can pick orders up at the door.

At warehouses and factories, no more than 50 employees will be allowed at any given time, Colfax said. Every business that plans to reopen must come up with a social distancing protocol and a health and safety plan.

Breed warned people not to “get excited” and “flood the streets” with the opening of business.

Indeed, Colfax told the Board of Supervisors Tuesday that the virus’s reproduction rate — how fast the virus moves through the community — is directly tied to how much people move around.  Right now, he said, the reproduction rate is just below 1.0, meaning the virus is spreading slower than it had been in early March when the rate was 3.5. A reproduction number below one and lower is where the city wants to stay; anything above one becomes a problem.

Although we’ve clearly improved, Colfax said, “we’re kind of on the edge here.”

He and other leaders nonetheless felt we could safely phase in the economy. Full instructions for businesses will be released tomorrow, and a formal health order will follow on Monday — if coronavirus cases, deaths, and hospitalizations (which have remained at 70 to 90) remain flat. “This is a meaningful step on the gradual path to the new normal,” Colfax said.

The push for economic recovery came with darker news. San Francisco is facing a $1.7 billion budget deficit in the current year and into the upcoming two-year budget, as the pandemic has caused a sharp decline in municipal income and a surge in emergency spending. Furthermore, deficits will exceed $1 billion in each of the following two budget cycles — fiscal years 2022-23 and 2023-24.

“That means hard decisions — hard cuts — and impacts on services,” Breed said at the press conference, adding that “everything will be considered,” from transportation to the police department to homeless services.

She added that emergency spending, which is $375 million for the current year, may or may not be reimbursed by the federal and state government. But “whether or not those federal and state resources will continue to come are unknown,” she said.

The state is, indeed, facing a $54 billion deficit.

The city’s own grim fiscal projections were detailed in a report released Wednesday by the Mayor’s Office and Controller’s Office. “What is going to happen in the next year or two with our city is going to be more challenging than it’s already been,” she said, noting that more than 100,000 San Franciscans have applied for jobless insurance.

That’s why, Breed said, the Wednesday announcement to begin restarting the economy was especially important. “It’s going to be critical that we start thinking about economic recovery,” she said, “in a way to not only get businesses going, but to get people back to work.”

This was a line of thinking that held true in San Mateo, too.