‘Shit is Now Very Real’: Can San Franciscans pay rent in May? 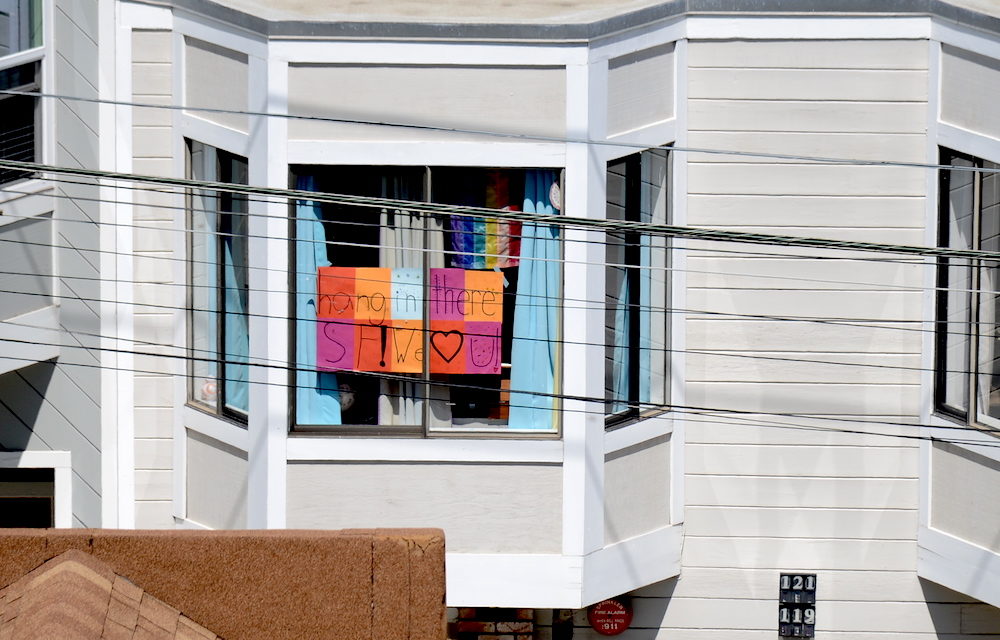 “Shit is Now Very Real!” reads the subject line of an email he sent out to members of his law firm on Tuesday, April 28, only days before May’s rent is due.

“This is so sad and overwhelming!” the email reads. “We are now getting flooded with calls from tenants who can’t pay rent (residential and commercial). We have been giving everyone free consults so far, but we cannot handle the volume. Suggestions? We could set up a hotline with big tech funding. We could try to recruit lawyers to volunteer. Ideas?”

Tobener is not being melodramatic. Every front-line tenant group we contacted is experiencing the same flood of calls, almost all from tenants fearful about not being able to pay their rent tomorrow, May 1.

Pedro Garcia has lived in the same Mission District apartment for the last 19 years. It’s a two-bedroom that he pays $1042.80 for, on the 2nd of every month. He’s been unable to work, and now his car is broken, so even his son cannot make money as a food deliveryman.

In May, he’ll need an extension.

“I’m going to talk to the owner on the second,” he said, explaining that he had $2,000 savings at the beginning [of the crisis] but with the bills and surprise car repairs, not much is left.

“A lot of people have run through their savings who spent it on rent last month or on food,” said Deepa Varma, the executive director of the San Francisco Tenants Union, “and they’re saying they don’t know how long this is going to go on.”

Varma said the Tenants Union call volume has doubled to as many as 200 a day.

The two most common scenarios lawyers are hearing: 1. People hoping to break their lease agreements so they can live with their families, but who are liable for the remainder of the lease’s rent, and; 2. people who cannot pay and have nowhere else to go.

“Tenants should be allowed to break their lease,” Tobener said. “It’s not fair to people who have lost their jobs who now have to be on the hook for the full lease.”

Californians cannot be evicted for not paying rent as long as the state stay-at-home order remains in place, and very likely for 90 days after it is lifted, per an emergency order by the state Judicial Council.

In San Francisco, Mayor London Breed placed a moratorium on most evictions, which expires six months after the emergency order is lifted — right now, Nov. 22. It directs renters who cannot pay due to the impacts of COVID-19 to notify their landlords, and urges landlords and tenants to set up a payment plan.

But what happens when that grace period ends? Or if there’s no foreseeable income?

Generally, the consensus among tenant and landlord attorneys is to reach a fair agreement with your landlord if you’re unable to pay. Jeff Woo, a landlord attorney, said landlords don’t know what to do about tenants who have lost their jobs and cannot make rent.

“My advice has been to work hard to work it out with them,” he said, noting the Judicial Council order. “If [an agreement is] not worked out, all it’s doing is exacerbating the problem on both sides, and makes a much bigger conflict once the order is lifted.”

But tenant lawyers warn tenants not to sign anything. And if you do plan on signing something, talk to a lawyer.

“Tenants we know are getting confronted with these garbage repayment agreements that people are feeling stressed out they have to sign,” said Ryan Murphy, the supervising litigating attorney at the Eviction Defense Collaborative. “People don’t have to sign those … if you send a letter to your landlord asserting rights under the San Francisco guidelines.”

Varma agreed, warning of entering into forbearance and deferral agreements.

“It doesn’t make sense to agree to something before you know what you can promise,” she said. “Forbearance agreements are probably a bad idea. If tenants can’t make whole rent, or if they don’t think they can make rent next month, or if it’s a serious compromise to their health to make rent, it might make sense to hold onto your money.”

Tommi Avicolli Mecca, director of counseling programs at the Housing Rights Committee of San Francisco, said the organization is receiving a high volume of calls as May approaches, mostly from people who have been laid off and cannot pay rent. He reminds them to follow the mayor’s guidelines, although some say their landlords have been asking for bank statements and asking them to sign agreements.

“That’s not allowed under the moratorium,” he said. “You don’t have to give out employers’ phone numbers. You don’t need to sign addendums to the lease.”

For the most part, people seem to have been able to pay rent in the month of April. A survey by the San Francisco Apartment Association of 315 landlords controlling 10,377 apartments citywide in mid-April showed that only 6 percent of renters were unable to pay all or part of their April rent.

“However, with a significant number of San Franciscans unable to work for all of April, we expect to see a substantial increase in residents unable to pay rent,” said Charley Goss, the association’s director of government and community affairs.

Tobener called the relatively low percentage of renters unable to pay rent in April — which is also reflected in national numbers showing that 91 percent of renters made full or partial rent this month — “old news.”

Generally, “people have savings for one month’s rent,” he said. “May is going to be a different story.”

Alejandra Garcia, who lives in a one-bedroom Mission District apartment with her 14-year-old daughter, has no savings. Garcia — no relation to Pedro Garcia — was let go from her job as a restaurant cashier in mid-March, and received help from Catholic Charities to pay April’s rent. She hopes they’ll be able to help her this month as well.

Garcia is aware of San Francisco’s eviction moratorium, but unsure how it will work for her.

“I don’t know what’s going to happen. I’ve been hearing it’s a moratorium, and they’ll give a chance to pay it off once this crisis ends,” she said. “But how am I going to pay it back? I don’t have a job. A lot of families are like this. We’re frustrated and we’re scared.”