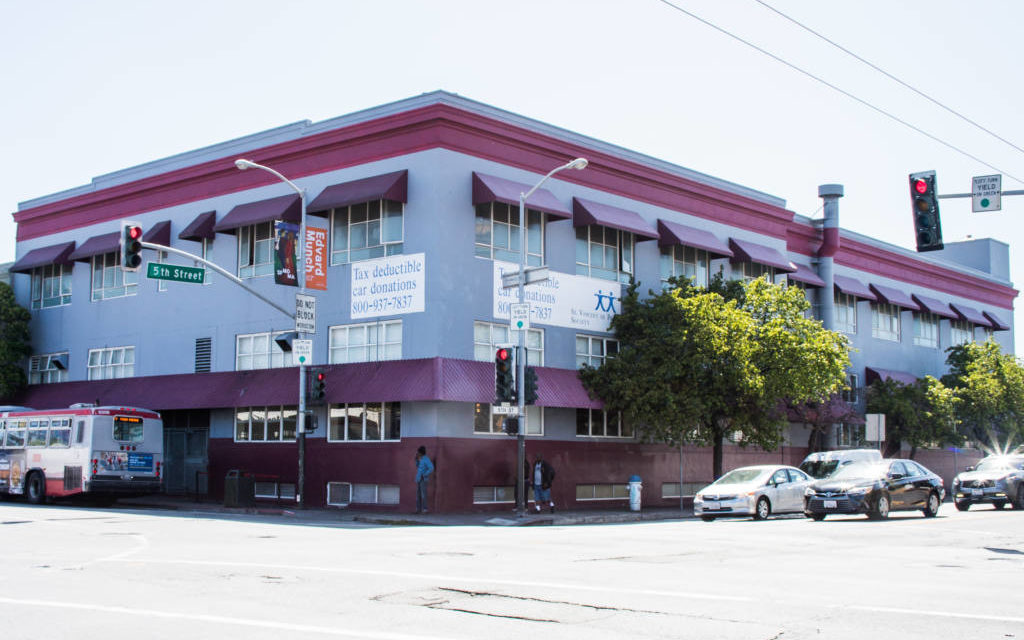 Seventy people at MSC South — 68 shelter residents and two shelter staff — have tested positive for the highly infectious disease, she said, adding that there were 100 people at the shelter Thursday night.

Ordinarily, there are more than 300 guests at the shelter, but now it will serve as a medical facility, most immediately for the 70 who have tested positive. It’s unclear if it will serve more patients.

Two people with positive cases are “seriously ill,” with one former shelter guest in the hospital, according to Department of Public Health Director Grant Colfax.

Breed said the city was able to “act fast” because some 945 hotel rooms had been made available for the homeless population should an outbreak occur.

The outbreak comes after two MSC South residents tested positive over the weekend. Both Breed and members of the Board of Supervisors said that those two residents had been in contact with other members of the shelter, who were under investigation.

Colfax said he was “very concerned many have chronic health conditions and vulnerable to getting very sick or even dying from the coronavirus.”

The MSC South facility will be transformed into a medical facility for the 70 coronavirus patients and will be staffed with health department doctors and nurses.

The city said earlier this week that it was moving homeless and shelter residents with underlying chronic conditions, or those over 60 years old, to hotel rooms. When asked how many of the 68 residents who tested positive at MSC South fell into those categories, Dr. Colfax said, “Certainly some have those conditions,” but he did not have any firm numbers. He added that if any at the shelter needed “greater levels of care” they would be transported to a hospital facility.

In response to whether the MSC outbreak would trigger mass testing at other shelters or SROs, Dr. Colfax said the department would use “science to decide” when widespread testing is needed.

Members of the Board of Supervisors, faith leaders, and homeless advocates, however, have, for weeks, been pushing the mayor to proactively move asymptomatic homeless people out of congregate settings or the streets and into the city’s vast pool of vacant hotel rooms.

The mayor’s office did not agree.

Christopher Herring, a UC Berkeley sociology doctoral student who works with the Coalition on Homelessness, last week told Mission Local he was baffled by this notion of “accommodating the patient flow.”

In Seattle, he pointed out, four shelters were locked down in one day after a resident tested positive — necessitating closures and accommodations for exposed homeless shelter-dwellers.

“The whole idea of ‘patient flow’ is going to get screwed up if you want to move people who come in contact with COVID-19,” he said at the time. “San Francisco’s whole model is reactionary. Even a short delay will result in more deaths and more hospital beds used.”

In response to why the city has not moved all of the homeless and SRO residents into hotels, Abigail Stewart-Kahn, the director of strategy and external affairs for the Department of Homelessness and Supportive Housing, returned today to the massive undertaking of such an operation. “We are talking about thousands of people and, in SROs, tens of thousands,” she said. “A task never before faced by our city.”

She repeated remarks made earlier in the week by Breed about the need to staff each hotel with supplies, support staff and social workers.

“We have to look at individuals with substance issues and mental health issues, and we have to think about what comes after this,” she said. “What do we do after we move through this pandemic? … It is really a massive undertaking that has the city’s entire focus.”