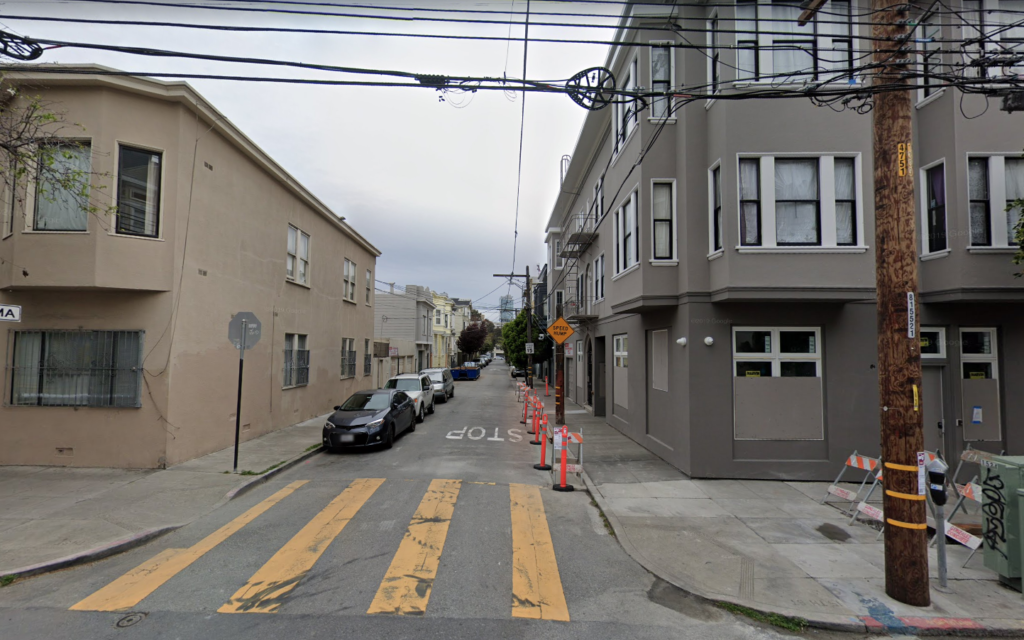 The fire and suspected homicide reportedly took place down this street.

Police have arrested a man in connection with the killing of a 56-year-old woman who was found dead on Sunday in a burning building on 14th and Natoma streets.

At approximately 9:20 a.m. Sunday, police responded to a call at the residence of a person suffering from a mental health crisis, said San Francisco Police Department spokesman Officer Adam Lobsinger. Firefighters were already on scene battling a fire at the house, and told officers there was a body in one of the bedrooms.

Officers found a man — later identified as 29-year-old Daniel Antonio Gudino — sitting on the patio of the residence while naked and covered in blood. He was subsequently arrested.

They took him into custody, as firefighters extinguished the blaze. Gudio was charged with homicide and transported to the hospital.

“The deceased, an adult female, is believed to be a family member of Gudino,” Lobsinger said.

While an arrest has been made, this remains an active and ongoing investigation. Anyone with information is asked to call the SFPD 24-hour tip line at 1-415-575-4444 or Text a Tip to TIP411 and begin the text message with SFPD. ​