Photo Essay: Day 2 of the COVID-19 lockdown in the Mission District 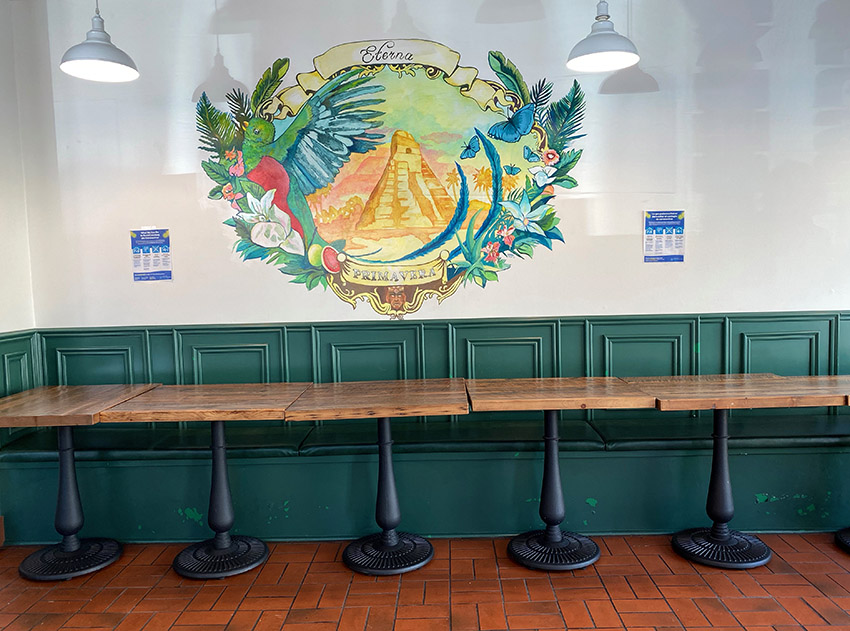 The tables have been pushed aside as the bakery on 24th Street remains open only for take out. Photo by Lydia Chávez

If you have photos from your neighborhood that illustrate what it feels/looks like with the shelter in place policy — whether it is the Mission District or elsewhere —  send them to info@missionlocal.com and we will post them in photo essays. Please let us know the neighborhood, the location and the date of the photo.  If possible, we could use them at 850 pixels across and 600 to 550 pixels tall. Thank you.

On Day 2 of the shelter in place policy, local restaurants started boarding up, giving a sense that this was not going to be resolved quickly. The shelter-in-place policy remains in effect until April 7, but even that feels a long way off right now. At times, some blocks felt almost normal and a few stores remained open. Why?  It was unclear. Some owners said they were unsure of the policy and others said they simply had nothing else to do and did not know where to go. One owner said that if she didn’t open, she was unsure how her family would have the money to eat.  With conversations like that, any sense of normalcy vanished. 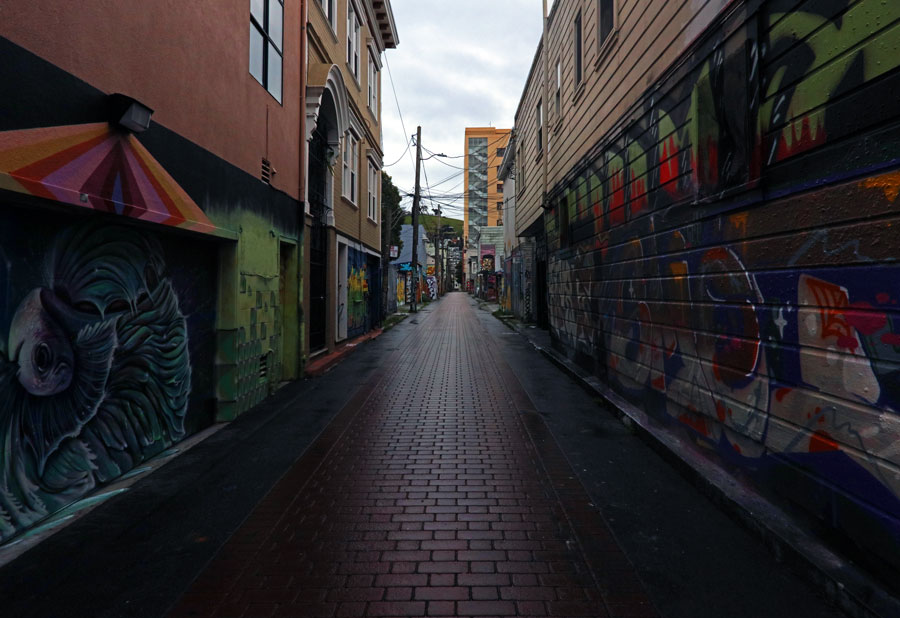 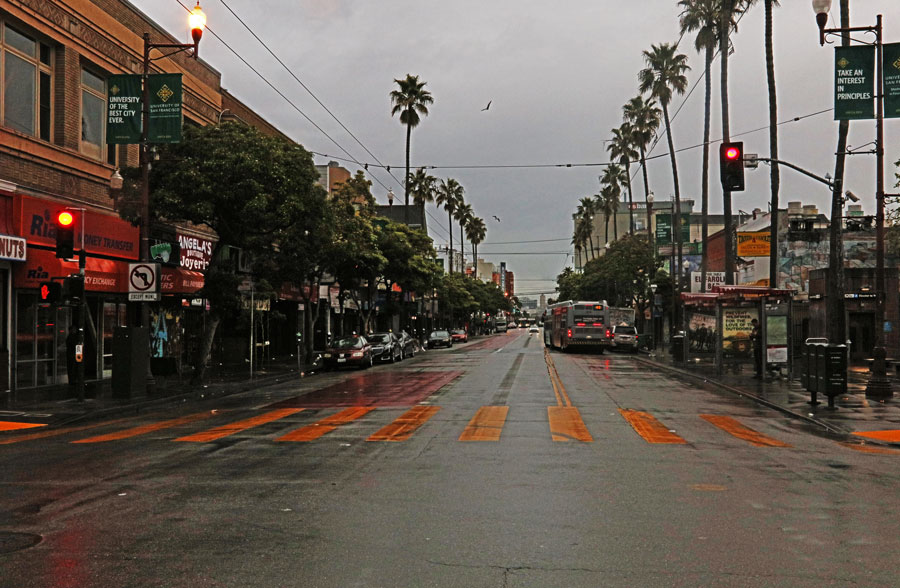 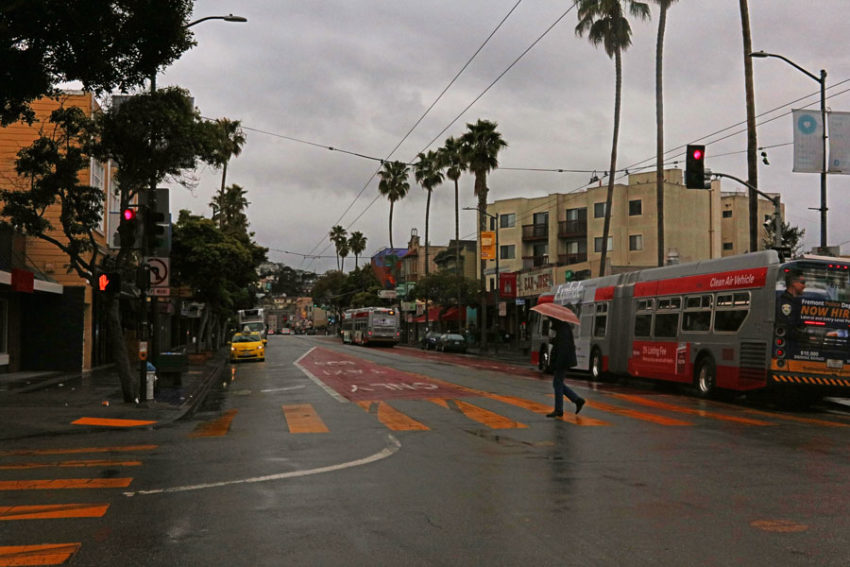 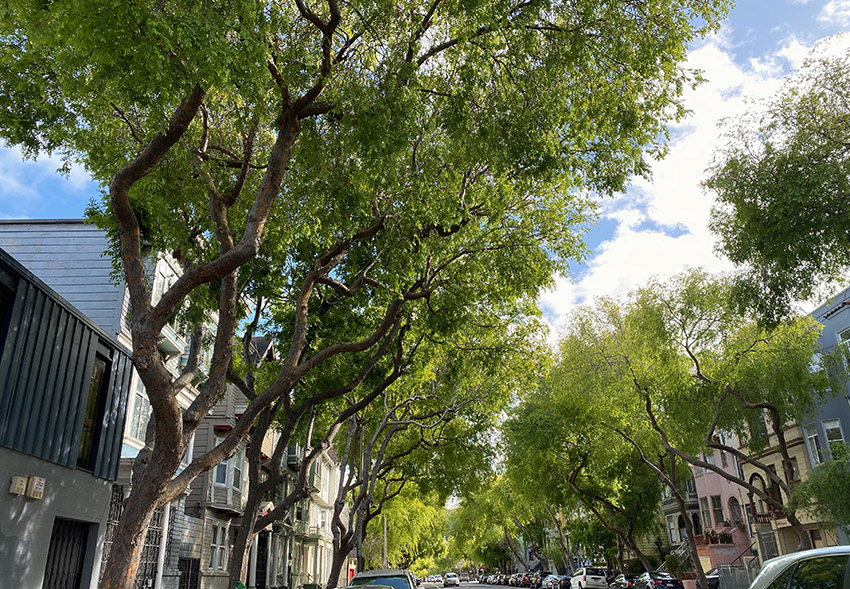 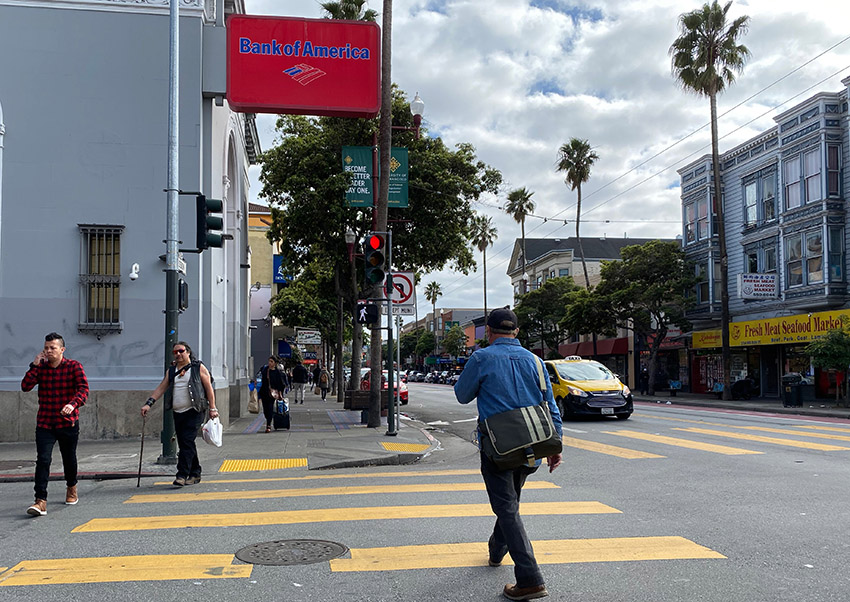 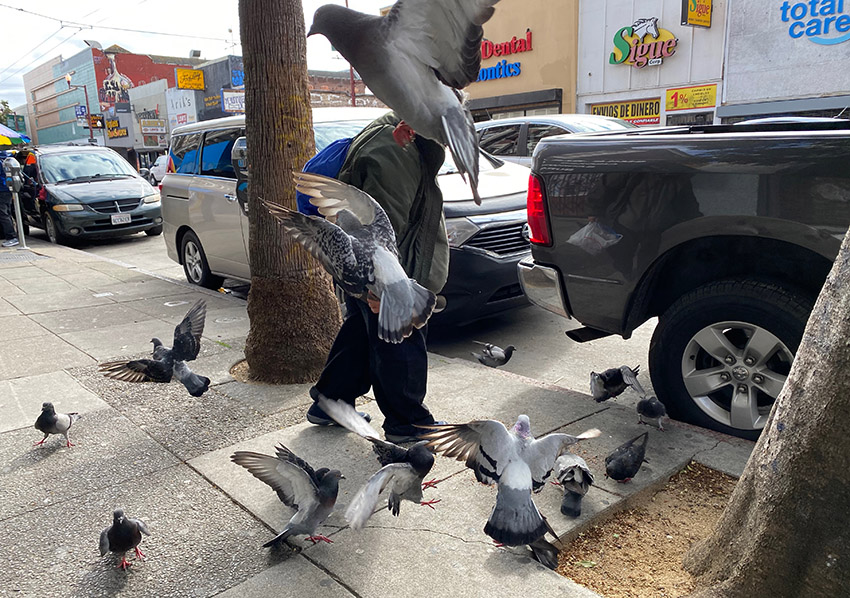 The pigeons on Mission Street still had to be fed. Photo by Lydia Chávez. 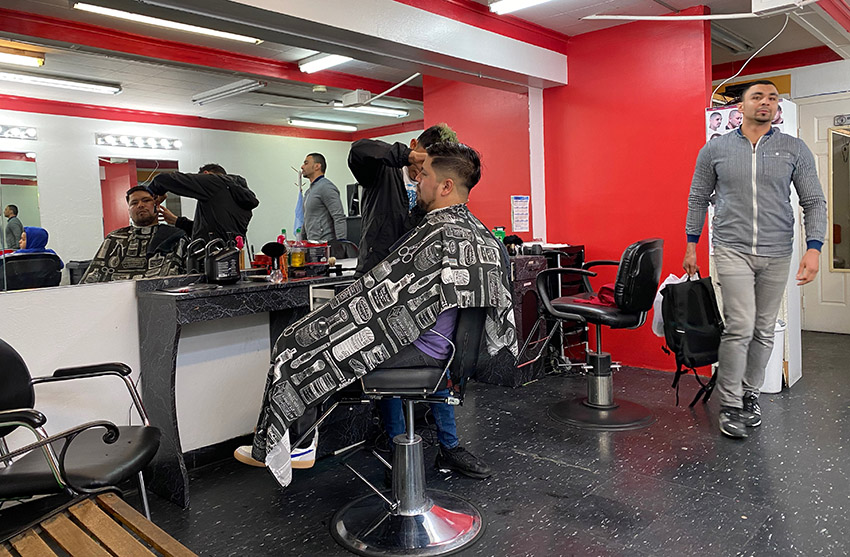 The barbershop at Beeinsoa was open on Wednesday. 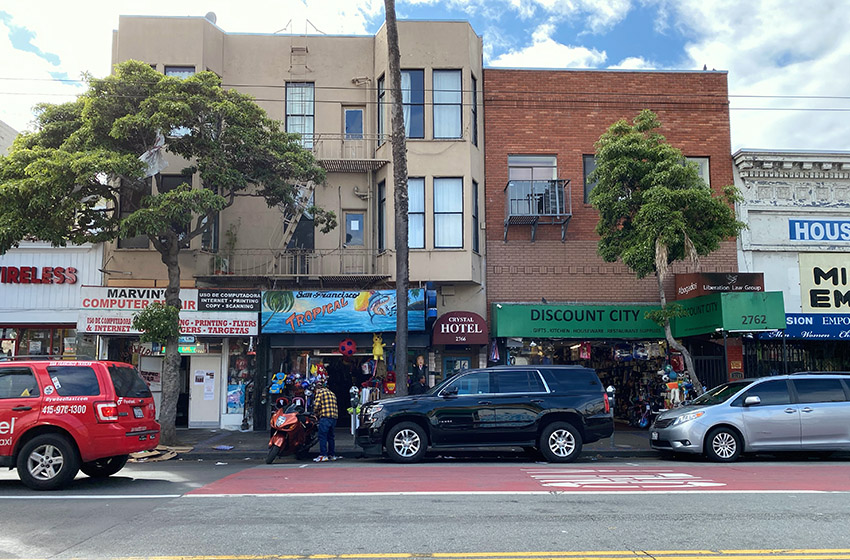 The discount stores and a few others remained open. Photo by Lydia Chávez. 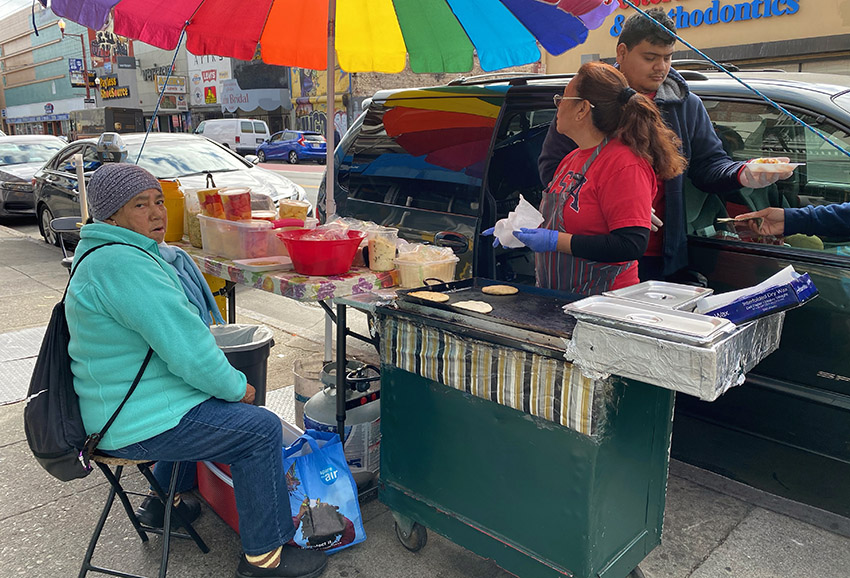 Hot dogs and pupusas were still selling, but not as briskly. Photo by Lydia Chávez. 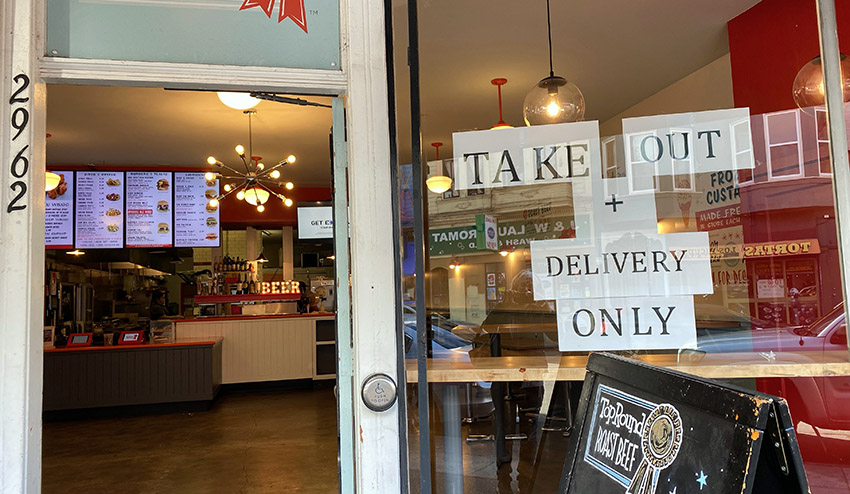 Ismael Becerra at Top Round Roast Beef said that business was okay. So far no layoffs. Photo by Lydia Chávez. 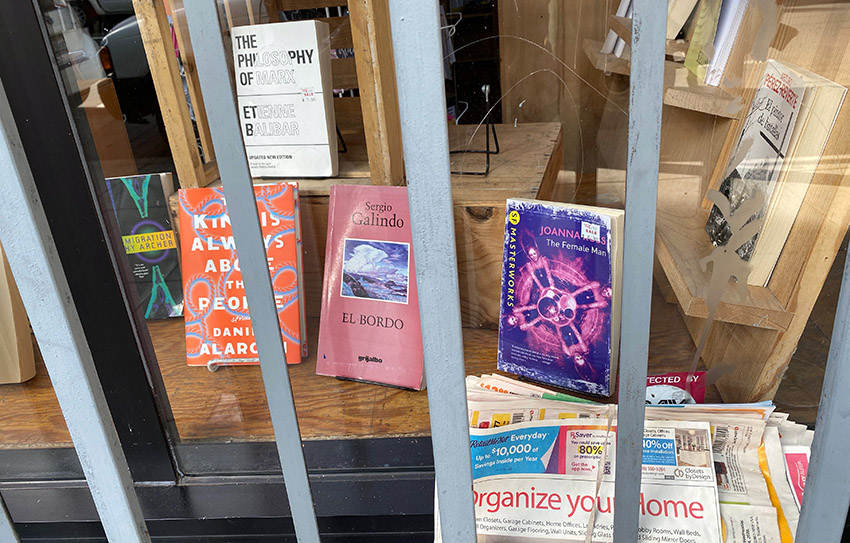 Advice from Alley Cat Book Store on how to spend our days? Photo by Lydia Chávez. 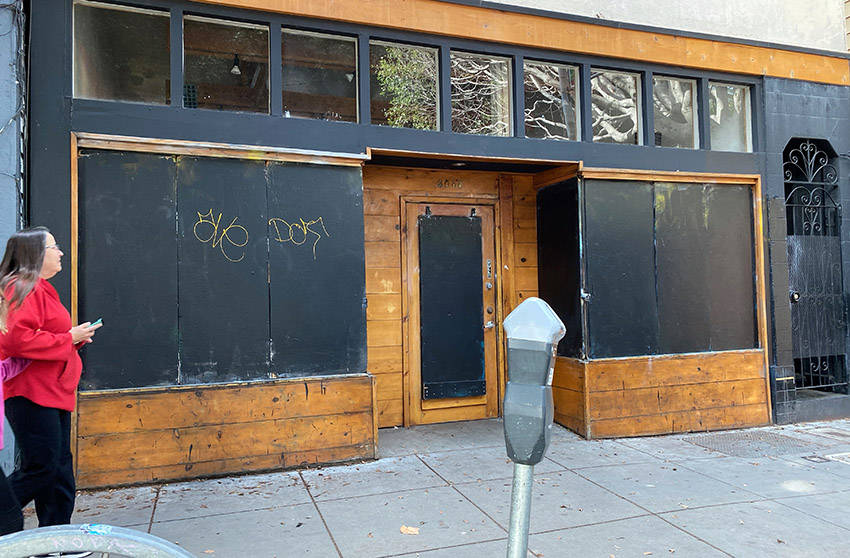 Flour + Water, Trick Dog, Central Kitchen and the Salumeria have all been closed and boarded up. Some 100 employees have been laid off and on Wednesday, the restaurants were giving away the food that a week ago would have been cooked up and sold in their kitchens, according to one of the employees. 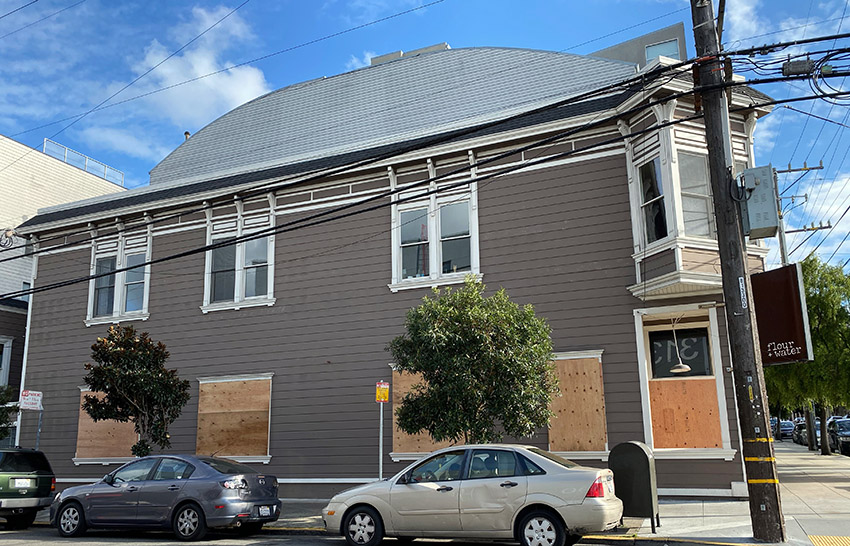 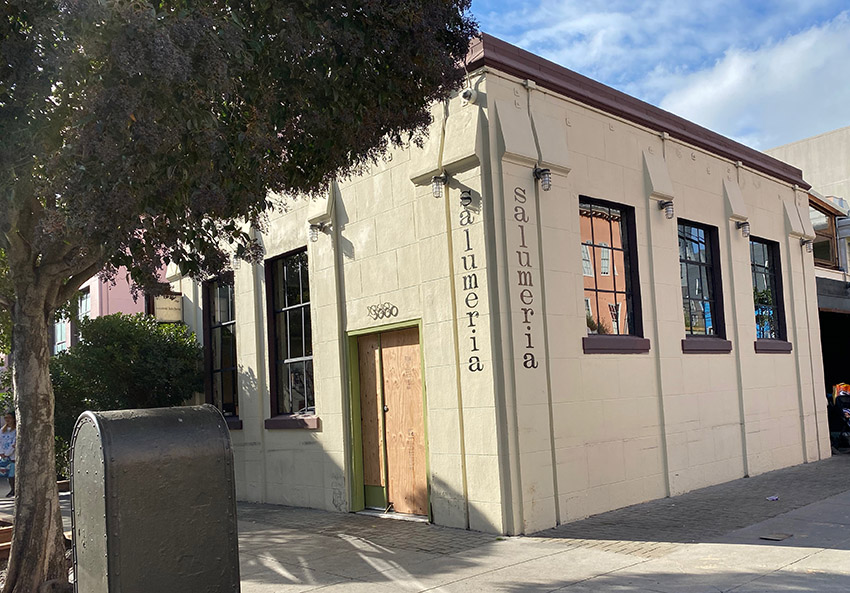 The Salumeria. Photo by Lydia Chávez. 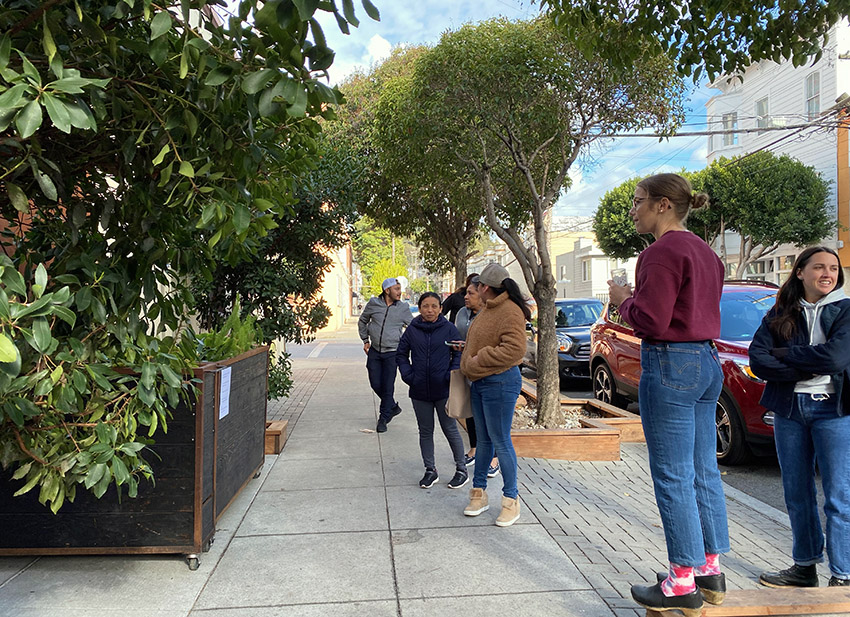 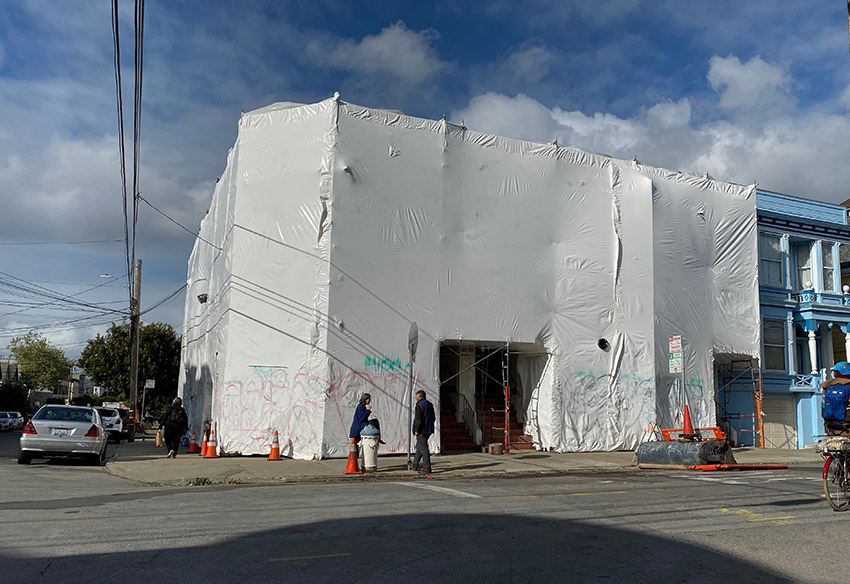 Wrapped. For lead abatement. Our intrepid contributor Elizabeth Creely was talking to a neighbor. Photo by Lydia Chávez. 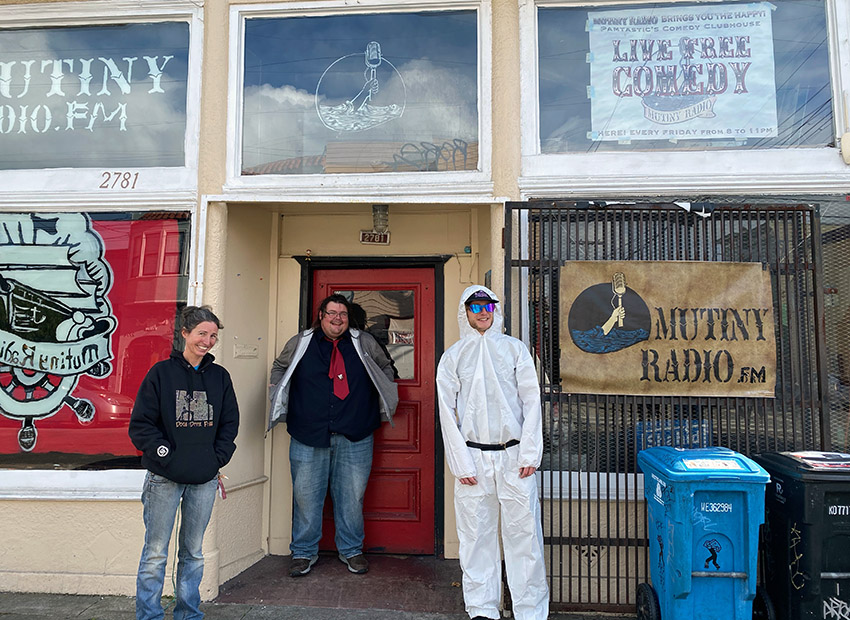 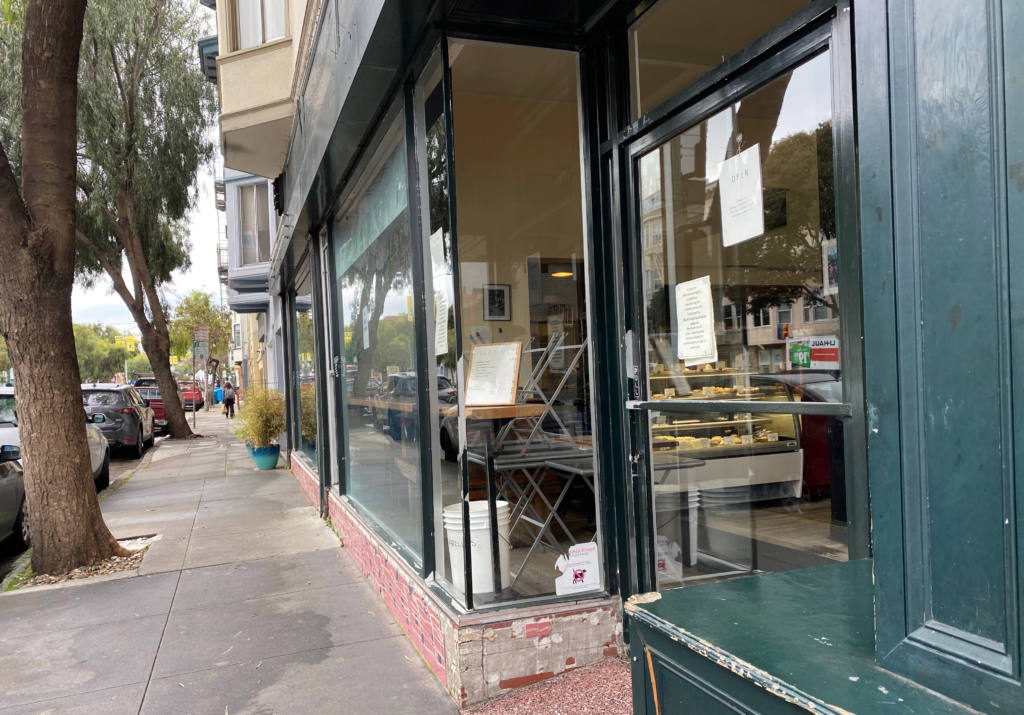 No line at Tartine Bakery. Photo by Lydia Chávez. 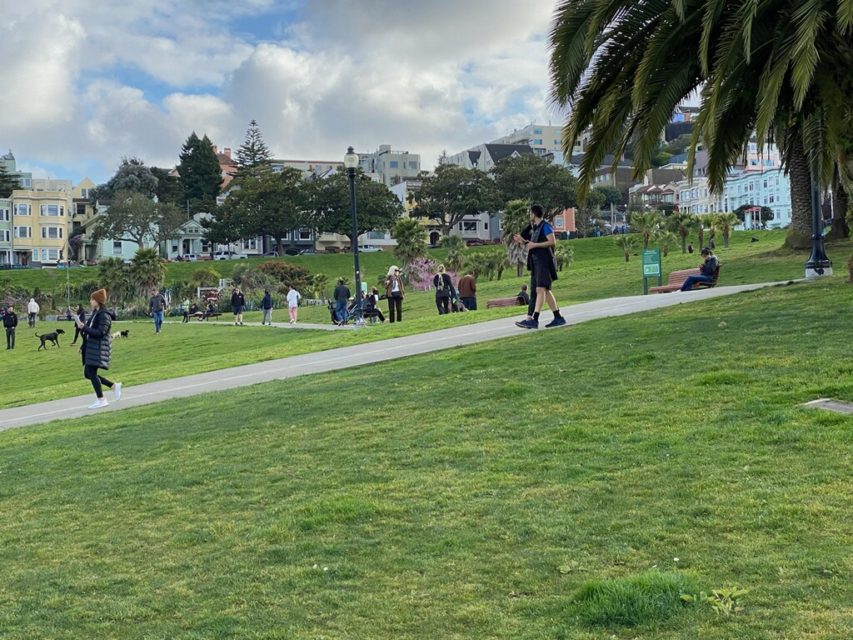 Dog walkers had returned to Dolores Park by this afternoon. Photo by Mark Rabine.