Grit and despair as small SF businesses search for assistance 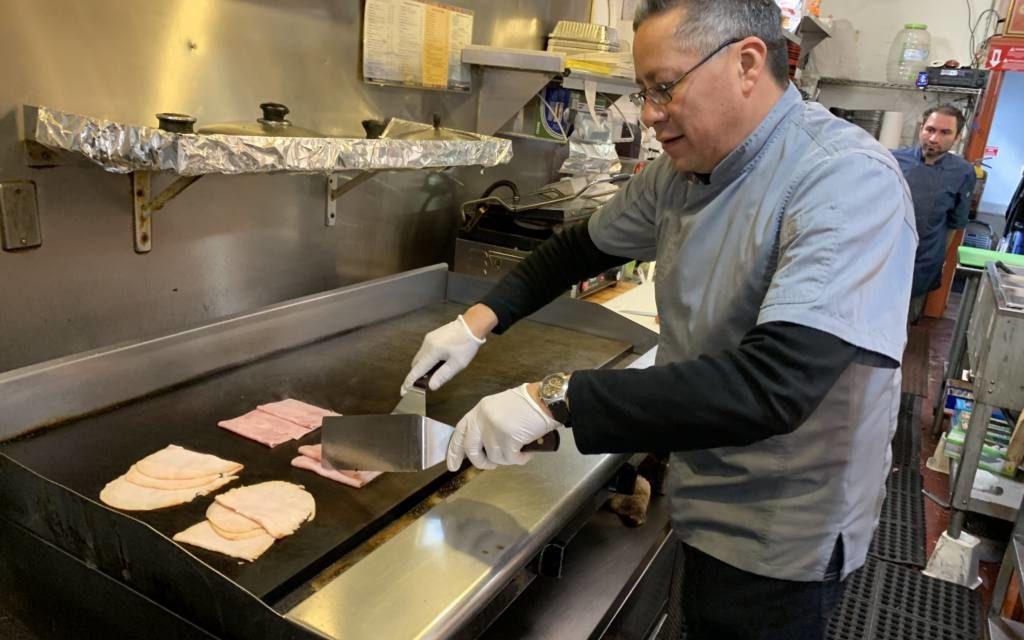 Since the shelter-in-place order took effect on March 17, interviews with businesses all around the Mission District show that many are flying blind, doing whatever they can to avoid utter ruin.

They’ve closed their doors, laid off their entire workforce — or pared staff down to several family members. Many are scrambling to apply for whatever assistance is announced.

Luis Estrada, the owner of Salvadoran restaurant D’Maize, has temporarily laid off five employees, leaving only himself and his wife to make food for deliveries. His employees are applying for unemployment, and Estrada is giving them food to take home. He can’t do much else.

“Gotta be honest,” said Estrada.”This situation is just the beginning. I don’t see the end of the road.”

At a recent meeting with other restaurants along the 24th Street corridor, Armando Macuil, the owner of La Torta Gorda, said some owners were in tears. “How am I going to survive next month?” many asked.

Their fears are reflected in what they are hearing from local and national officials.

Supervisor Hillary Ronen, who with Supervisor Matt Haney is urging federal and state officials to enact rent and mortgage moratoriums, said repeatedly at a Tuesday press conference that those officials need to act now “to stop what could become the second Great Depression.”

Federal Reserve of St. Louis President James Bullard said Sunday that the country’s unemployment rate could reach 30 percent in the months to come, surpassing the 1933 Great Depression rate of 25 percent.

Haney sympathized with local businesses who have watched sales go to zero.

“We told them to stay home … We told them to shut down,” Haney said, referring to San Francisco small businesses and the workers they employ. “Now we can’t leave them stranded.”

Macuil said he’s applying for a city loan on the recommendation of Calle 24, an organization that represents the Latino Cultural District on the corridor. “Hopefully, they can help me,” he said. But “a loan is a loan — you get it and you have to pay it back.”

With revenue down 60 percent, he said, that prospect seems daunting.

Macuil has kept his colorfully decorated restaurant open for now. He and his wife, Maira, have been doing the bulk of the work, while giving as many hours as possible to employees unable to apply for unemployment. 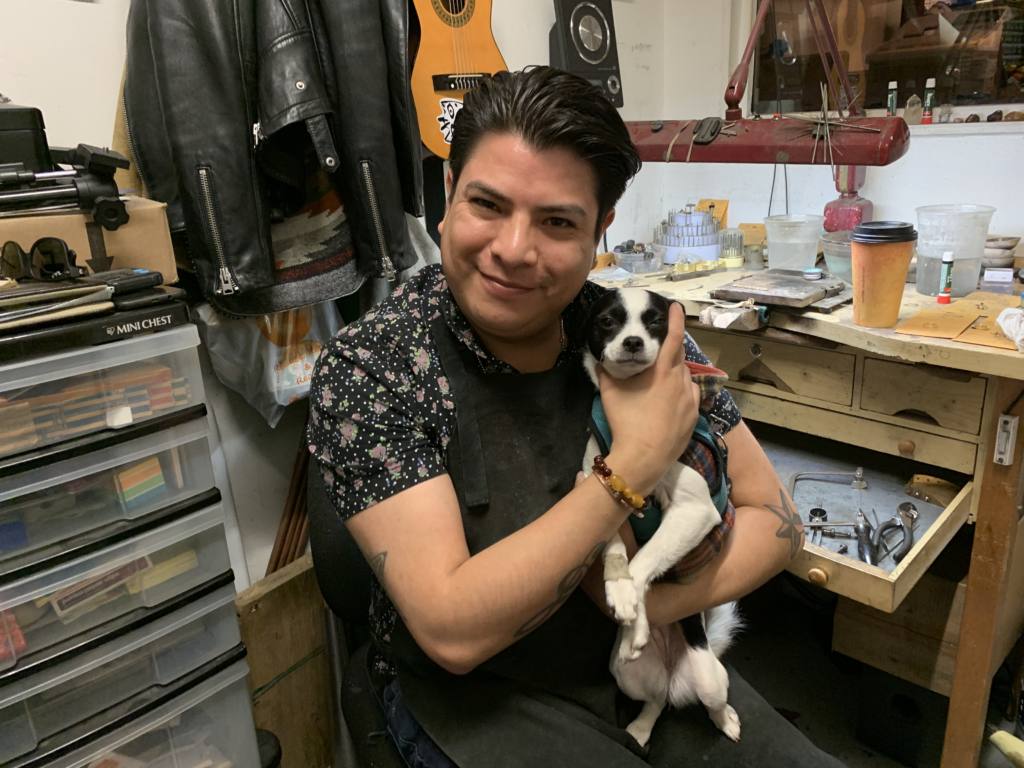 City, state and federal governments have begun to implement measures aimed at avoiding an all-out economic disaster, but how far those efforts will go remains unclear.

Mayor London Breed issued a one-month moratorium on commercial evictions for small- and medium-sized businesses last Tuesday and could extend it for another month. A day earlier, she put $10 million toward providing an additional week of sick leave to workers who have been impacted by the virus and various measures to curb it.

Applications for that program go live on Thursday. Around 60 businesses have already reached out to the Office of Economic and Workforce Development for information about the program, said spokeswoman Gloria Chan. The office will be following up with those businesses, and is encouraging others to apply.

The mayor also set up a “Small Business Resiliency Fund” that will offer very small businesses $10,000 grants for rent and worker pay. Right now, the fund has $1 million and it will fund 100 small businesses. “To date, we received 1,200 applications and actively reviewing 100 to get the funds out asap,” Chan said in an email.

But even if businesses are not granted direct assistance, business taxes will be deferred until February 2021, and collection of the “unified license bill” will be delayed three months and is expected to lead to $14 million in deferrals.

The office is encouraging small businesses to visit its website, which will provide guidance, and call information hotlines (see below).

“We want to make sure businesses and employees have resources and access to information,” Chan said.

Moreover, President Donald Trump is expected to sign a $2 trillion relief package that will give direct payments of $1,200 to most American taxpayers.

The measure would extend unemployment insurance 13 weeks and would include furloughed employees and gig workers. It also would provide loans to small businesses that keep their workers employed through the crisis. If they continue to pay workers, the loans will be forgiven.

If and when the relief package is passed, “cities like ours should be able to unlock more funds to help workers and businesses,” Chan said.

Edwin Ayala, the co-owner of Diju Jewelry & Gallery, said Monday was his last day until the order lifts. “Everything got slow around two weeks ago,” he said, sitting in his shop on Monday afternoon. “Because everybody was getting panicked.”

Luckily, Ayala said he could get by fixing jewelry from home if the order drags on. But he’s worried for some of his friends, who sell fruit on streetcorners and who are undocumented. “They are really scared,” he said. They don’t know what to do. …. They need to work.”

Although Mayor London Breed halted commercial evictions in the near future, businesses worry they’ll have to eventually pay rent. “At the end of this month, I’m going to be able to pay rent,” Macuil said. “I don’t know about next month.”