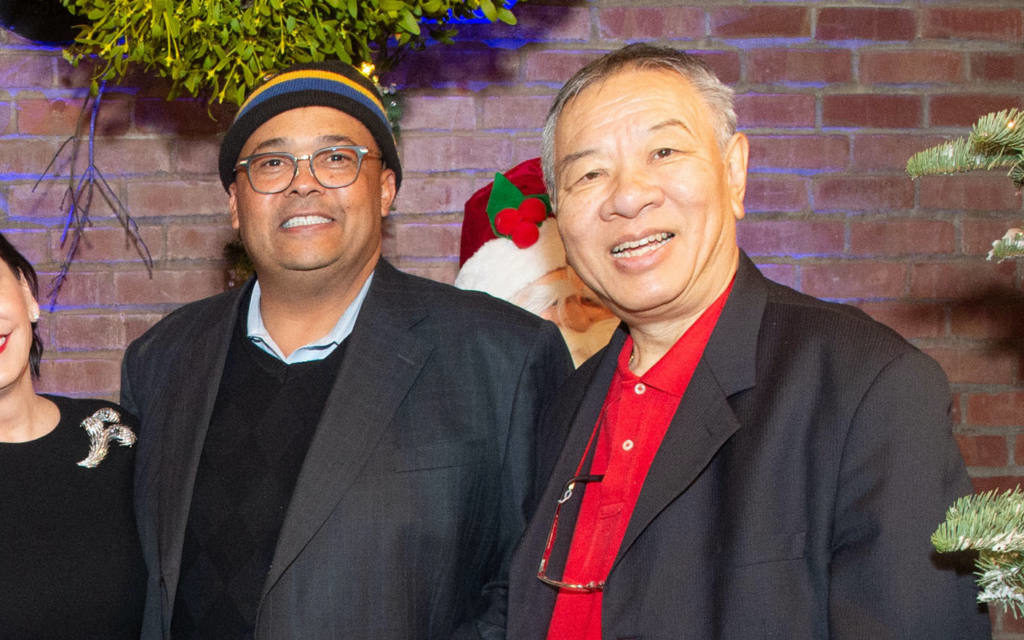 In the latest salvo stemming from the FBI’s arrest of ex-Public Works boss Mohammed Nuru, City Attorney Dennis Herrera today disseminated 14 subpoenas. They target entities tied to the stalled 555 Fulton mixed-use project — which Nuru allegedly attempted to aid behind the scenes, in exchange for gifts lavished on him by the building’s Chinese billionaire developer.

Subpoenas were also issued to two investment firms and an engineering firm with ties to the 555 Fulton project.

Nuru’s alleged attempts to pull strings for the 555 Fulton project after being showered with valuable gifts by Zhang was one of “five schemes” named in a 75-page complaint unsealed by the U.S. Department of Justice on Jan. 28.

This one was referred to as the “Multimillion-Dollar Mixed-Use Development Scheme.” 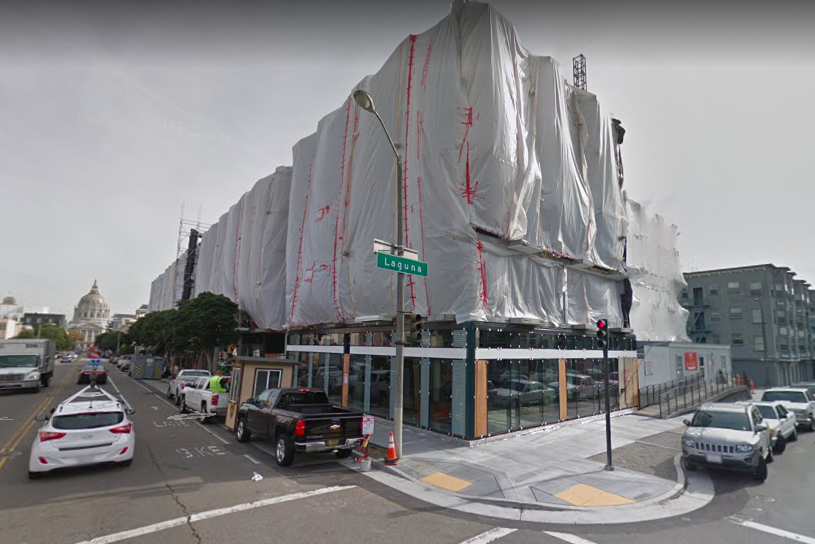 The complaint outlined fraud charges leveled against Nuru and restaurateur Nick Bovis, which could carry 20-year prison sentences. Nuru — who allegedly broke a cooperation agreement with the feds and informed potential targets of the long-running corruption probe — is additionally charged with lying to the FBI. That alleged crime could result in an additional five-year sentence.

On an FBI wiretap, Nuru purportedly bragged about the luxurious accommodations and valuable gifts bestowed upon him by “DEVELOPER 1” during a jaunt through China. On the phone, Nuru said he knows the developer through “CONTRACTOR 2.”

“DEVELOPER 1” has been subsequently identified as Zhang, a principal in Z&L Properties, the developer of 555 Fulton. “CONTRACTOR 2” is listed in the complaint as “a building permits expediter who is affiliated with Nuru.” Walter Wong handled permitting on the 555 Fulton project; his 13th Street offices were raided by federal agents on Jan. 28. He has been identified by Mission Local and other media outlets as “CONTRACTOR 2.”

The goods they were allegedly gifted included “some stone” — uncut diamonds, potentially — given to Nuru and CONTRACTOR 2. “I don’t know how much they’re worth … they’re tons of money,” Nuru said on the wiretapped line. He also boasted about drinking Zhang’s $10,000 liquor, staying free at his seven-star hotel, and being gifted a $2,070 bottle of wine.

On wiretaps and in encrypted WeChat messages, Nuru pledged to aid the stalled 555 Fulton project. On a tapped phone line, he purportedly relayed a subordinate instructions on how to move along the development.

Within Department of Building Inspection databases, records do not appear to have been generated regarding the work allegedly carried out at Nuru’s behest. What’s more, work Building Department officials tell Mission Local warranted analysis and scrutiny was subsequently given a cursory “over the counter” approval.

Mission Local has confirmed that FBI agents on Feb. 5 visited the Department of Building Inspection. A Building Department spokesman affirmed the visit, but was tight-lipped regarding any other query.

Multiple sources, however, have said the feds went to the Building Department’s server area and were interested in files regarding 555 Fulton. What’s more, multiple Building Department sources told us that those files had disappeared off the system for roughly a week — and then reappeared.

It is unclear why this took place or if the files have, in some way, been altered. An FBI spokesman declined to discuss whether the agents found what they were seeking.

Within the Jan. 28 complaint, FBI special agent James Folger stated he believes “CONTRACTOR 2” (Wong) “has paid for or subsidized part of Nuru’s trips to South America and China in 2018. I believe that CONTRACTOR 2 provides these benefits to Nuru so that Nuru will use his official position to help CONTRACTOR 2 when needed.”

Folger also wrote that “I believe Nuru confirmed his recent vacations to China and South America were largely subsidized, and that he had received free hotel and resort accommodation, free food, and transportation throughout China, because of his assistance to CONTRACTOR 2 and DEVELOPER 1.”

A woman described as “GIRLFRIEND 1” paid nearly $1,200 in cash for a room at the Ritz-Carlton in Santiago, Chile in October 2018. Multiple city officials tell Mission Local that GIRLFRIEND 1 is Sandra Zuniga, the head of the mayor’s “Fix-It Team.” She was identified as such in the San Francisco Chronicle this month. Zuniga, currently on leave, was on the other end of the wiretapped line when Nuru purportedly bragged about the stones and other items gifted him in China.

Wong was hit with an individual subpoena as were four companies with ties to him: W. Wong Construction Co., Jaidin Consulting Group, LLC; Jaidin International Ventures; and Alternate Choice, LLC. All four of these companies are headquartered out of a building Wong owns at 205 13th Street, which federal agents raided on Jan. 28.

A Jan. 29 phone call from Mission Local to Wong’s office rang about seven or eight times before a woman picked up the phone. She said she had “nothing to say” about Wong’s alleged appearance in the complaint, or the raid. 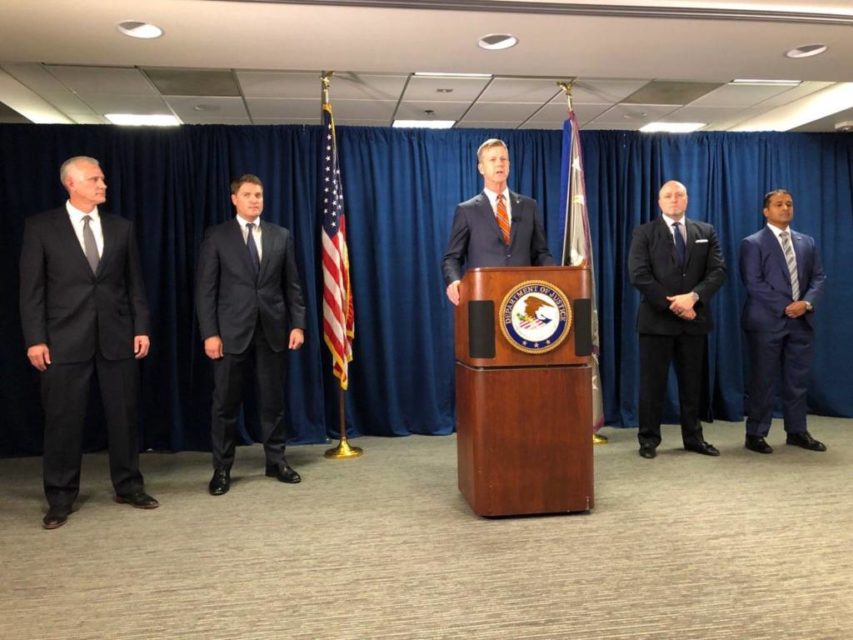 U.S. Attorney David Anderson on Jan. 28 addresses the media regarding charges filed against Mohammed Nuru and Nick Bovis. He is flanked by U.S. Attorneys to his right, and FBI agents to his left. To Anderson’s immediate left is FBI Special Agent In Charge Jack Bennett.

Wong was born in Hong Kong in 1948 and arrived in the United States at age 23. From humble beginnings — he worked in restaurants and as a janitor — he broke into the construction business in 1979.

By 2001 he was a deeply connected permit expediter and contractor who, as long ago as 2001, was described as a “powerhouse” in the Chronicle — a man with a unique ability to push through his clients’ projects, in large part through his chumminess with the power players at the Department of Building Inspection and the city writ large.

“He got things done that were impossible,” a developer this week told Mission Local, adding that it always seemed to be done with a “wink-wink.”

Along with Nuru, Mission Local is told that Ed Lee was a frequent visitor to Wong’s office in the 1990s and beyond. As Department of Public Works boss, Lee supervised Nuru. As mayor, Lee in 2011 named him head of the department — in spite of a lengthy record of ethical lapses that percolated over into mainstream newspaper stories as long ago as 2004.

During the tenure of Mayor Willie Brown, Building Department veterans say Wong was known to walk behind the counter at the department and expedite matters himself.

The doors to the employee area were jokingly called “The Wong Doors.”

An analysis of campaign finance records reveals that, since 1999 Wong and/or his staffers and affiliates have donated nearly $109,000 to San Francisco politicians or political committees.

A variety of companies headquartered out of his building on 205 13th St. have or have had city contracts, providing San Francisco with items such as visibility vests, police barricades, or, notably, trash cans.

A March 4 hearing, in fact, will examine how Alternate Choice, LLC — one of the companies subpoenaed today — ended up with a $5.2 million trash can contract with San Francisco Public Works in 2018. That company is based out of the 13th Street building and registered to “Washington Wong” — who appears to be one of Walter Wong’s children.

Supervisor Aaron Peskin this week alleged that Nuru’s antipathy to “Big Belly” trash cans stemmed from this contract with a connected company. City records reveal that Alternate Choice received $601,462 in the most recent fiscal year and between $759,000 and $811,000 in each of the three prior years.

Today’s subpoenas come on the heels of 10 issued by Herrera’s office on Feb. 12; PG&E, Webcor, Recology, and other outfits were questioned about “funneling money,” allegedly under the guise of Bovis’ charity outfit, into an extravagant holiday party for Public Works employees and other city officials.

Many of today’s 14 subpoenas ask companies for evidence that Wong, Zhang — or the companies themselves — provided “a thing or service of value” to city employees. The City Attorney is also demanding documentation within multiple subpoenas relating to meals at San Francisco’s R&G Lounge and Waterfront Restaurant — and the source of payment for those meals.

All of the subpoenas ask for evidence relating to the companies providing tables, chairs, tents or other equipment that could be used for city events.

The woman picking up the phone today at Wong’s construction office did not know about the subpoenas. She said Walter Wong was not in. A call to a number listed for Washington Wong has not yet been returned.

An e-mail sent to Z&L has not been returned, nor was one to BKF. A message was left with Synergy.

Documents from the City Attorney’s office are available here.