Carlie Wilmans peruses the parlor inside 500 Capp St., former home of late conceptual artist David Ireland, who outfitted the house with custom installations, such as the blowtorch chandelier hanging over the fireplace (above). Photo by Bridget Huber.

After a turbulent 2019 mired in controversy, the David Ireland House, an art gallery at 20th and Capp streets, will resume its programming after an eight-month hiatus. It will open its doors at 500 Capp St. on March 7 with a “refined mission” and narrower focus on its namesake, David Ireland.

In an interview with Mission Local, Cait Molloy, the director of the 500 Capp Street Foundation, which runs the David Ireland House, said that the gallery is still “committed to working with artists and putting on exhibitions.”

“We are also committed to staying close to our mission,” she said, which has been “reframed as a mission to preserve the legacy of David Ireland and … the house, and to make the house and collection more accessible to the community.”

Ireland was a conceptual artist who lived at the 500 Capp St. house and died in 2009 at the age of 78. Carlie Wilmans, the gallery’s founder and main benefactor, purchased the house from Ireland a year earlier. After Ireland’s death, she spent six years transforming it into a gallery focused on his work and other conceptual art.

But in July 2019, the gallery abruptly fired its artistic director, Bob Linder. The artists scheduled to show their work at the gallery subsequently dropped out in protest, and some artists even demonstrated outside of the gallery to show support for him.

The David Ireland House has not opened since. Wilmans told the San Francisco Chronicle at the time that Linder’s departure had been due to budget shortfalls (a spokesperson told Mission Local that the budget has, indeed, been “reduced by third”) — though artists protesting outside the house suspected it was one step in narrowing the gallery’s focus back to the work of Ireland.

And that has apparently happened, as the upcoming exhibit on March 7 will feature Ireland’s “assemblages from the late 1970s and early 1980s” and Ireland’s newly restored “copper window” — a window covered by a copper plate with an audio track that describes a bygone city skyline.

An additional exhibition will feature works by Cuban-born artist Felipe Dulzaides, a past associate of Ireland’s, entitled “There is no such thing as a perfect circle.”

This show, and all of the shows to come, will be free, the gallery announced.

Molloy said the eight-month closure has allowed the gallery to look inward and do “a lot of listening” from the artistic community. Molloy deflected questions about what, specifically, the gallery’s leadership learned from that listening — but she did say that it is building an advisory committee “of artists and art professionals to add new diverse elements and voices to our programming.”

Asked whether the David Ireland House will feature a similar assortment of international artists that it had under Linder, Molloy said only that the gallery is committed to working with artists in “San Francisco and beyond” and “will be working and considering curatorial needs on an exhibition-by-exhibition basis.” 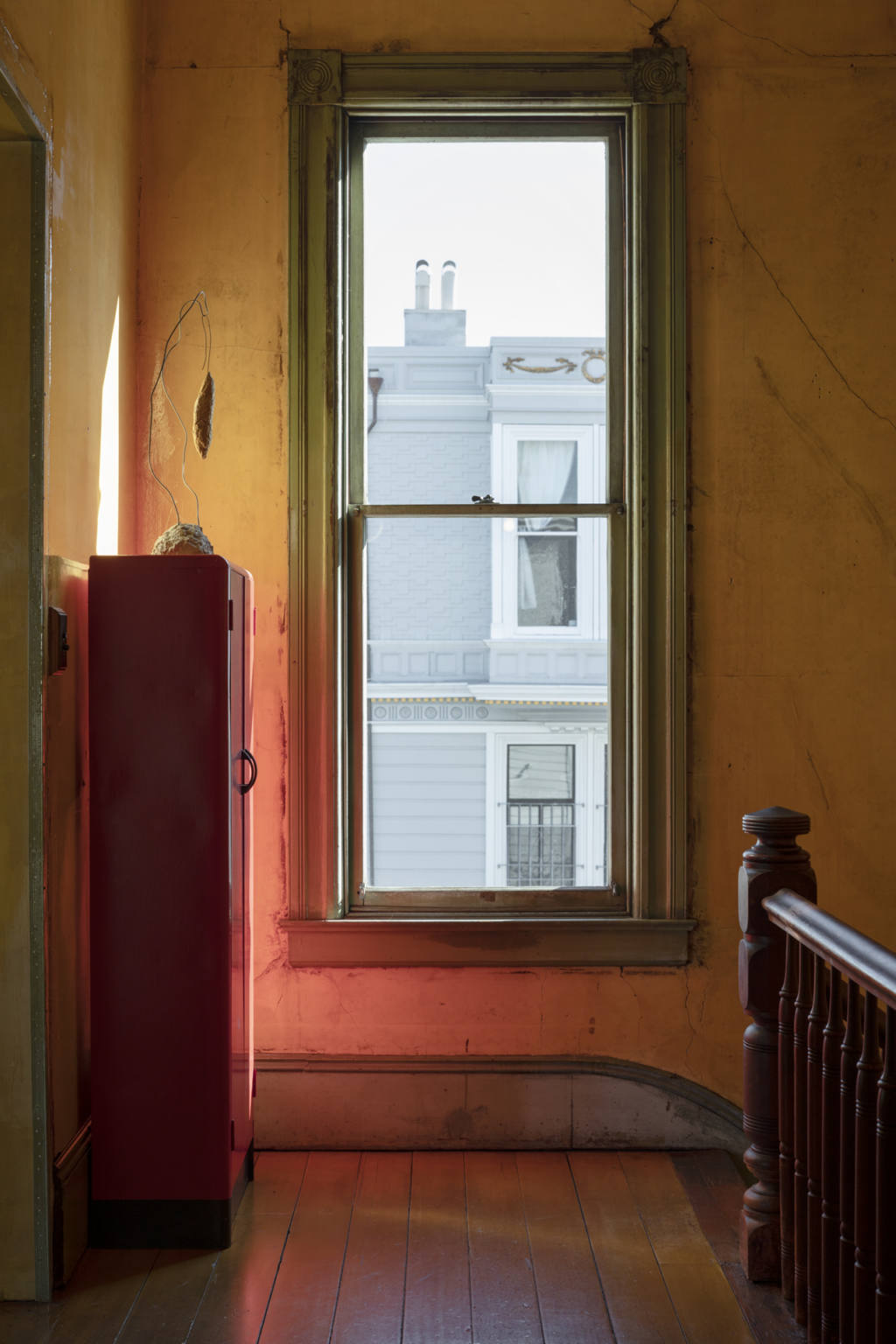 The view from a glass, not copper, window at The David Ireland House. Courtesy of the 500 Capp Street Foundation

But Linder’s firing was not the sole controversy the gallery weathered last year. Wilmans, the gallery’s founder and benefactor, made headlines of her own after she moved to evict an immigrant family living in a duplex that she owns next door to 500 Capp St., sparking immediate community blowback. Wilmans had previously evicted a family living in the building’s other unit, with purported plans to clear it out for temporary artist lodging.

In July, Mission Local reported Wilmans was in the process of rescinding the second eviction — but that has not yet happened, according to Steve Collier, a Tenderloin Housing Clinic lawyer representing the tenants. A “settlement is still in the works,” he wrote in an email.

Molloy declined to comment on the ongoing eviction, as “this is an issue that’s not associated with the house.”

Mission Local reported in July that Linder’s dissatisfaction with the evictions may have expedited his firing.

Even the David Ireland House’s grand reopening and free shows couldn’t avoid yet another potential controversy. The gallery announced that it has partnered with none other than the French multinational toilet and kiosk vendor JCDecaux for a “city-wide kiosk display of Dulzaides’ work for spring 2020.”

JCDecaux’s contract is currently under review by the City Attorney. On Tuesday, a resolution was introduced before the Board of Supervisors to cancel the city’s contract with JCDecaux — in part due to the role Mohammed Nuru, the disgraced former San Francisco Public Works boss, played in formulating its conditions and lobbying members of the board on JCDecaux’s behalf.

Nuru was on Jan. 27 arrested by the FBI and has been charged with fraud.

“This is news to me,” Molloy said when asked if the David Ireland House still intends to work with JCDecaux. “I won’t comment further.” 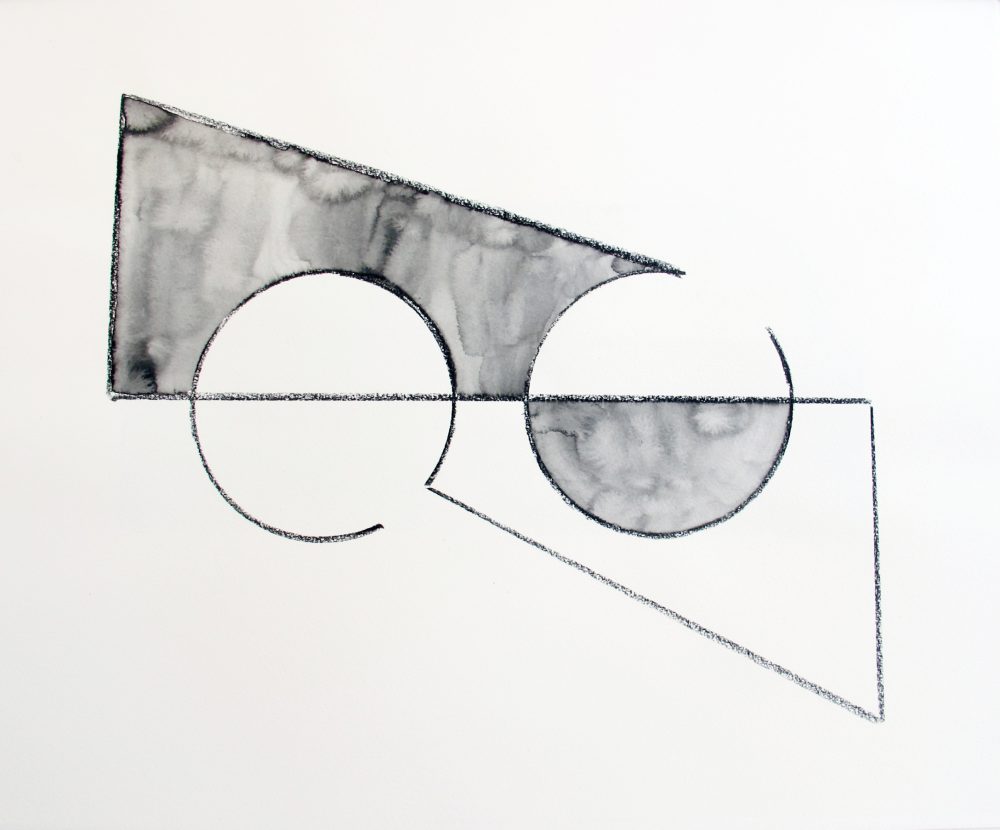 Felipe Dulzaides, Searching for Parallels, 2010. Courtesy of the artist.