After 27 years, Katz Bagels on 16th Street to shutter

After 27 years, Katz Bagels on 16th and Albion streets will close its doors on March 24.

“Goodbye San Francisco,” says a note taped the shop’s window. “While recent times have been challenging, we can only be grateful for all the support we have received through the years.”

That means no more affordable New York-style bacon-egg-and-cheese sandwiches — sometimes on the go, sometimes sitting in the shop, listening to jazz and watching the life of 16th Street through its large windows.

No one signed the note in Katz’s window, but it was all but certainly penned by Michael Katz, the bagel shop’s owner. He thanked his father, Burt, for his “amazing portraits that adorned these walls for so many years” and his mother “for listening to me during these complicated times.”

Katz thanked his loyal employees and the “kind, polite, humane people that made this such a special neighborhood.” He also looked back to the 1990s — “for being such a great place for small business.”

The shop, indeed, was opened in 1993 by Michael’s father, Burt. As Mission Local wrote much later, in 2008, Katz in the ‘90s was a staple destination for the neighborhood’s “construction workers, day laborers, painters and folks heading to the 16th Street BART drop in to grab a cup of coffee or tea and a freshly made bagel.”

Yet as the neighborhood changed — and the price of wheat rose, killing Katz’s wholesale business — Katz had to continually reinvent itself. It experimented with pizza for a time starting in 2008, but eventually went back to making only bagels.

More recently, a bad health inspection hobbled the business, causing it to shut down for several days. And a couple of months ago, the shop’s front door window was shattered. Katz never replaced it — and perhaps now we know why.

Mission Local could not reach the owner for comment. We called every Michael Katz registered to vote in San Francisco County. One of them politely said he was not the owner, but exclaimed that owning a bagel shop sounded like a “dream.”

“Maybe in another life,” he said. 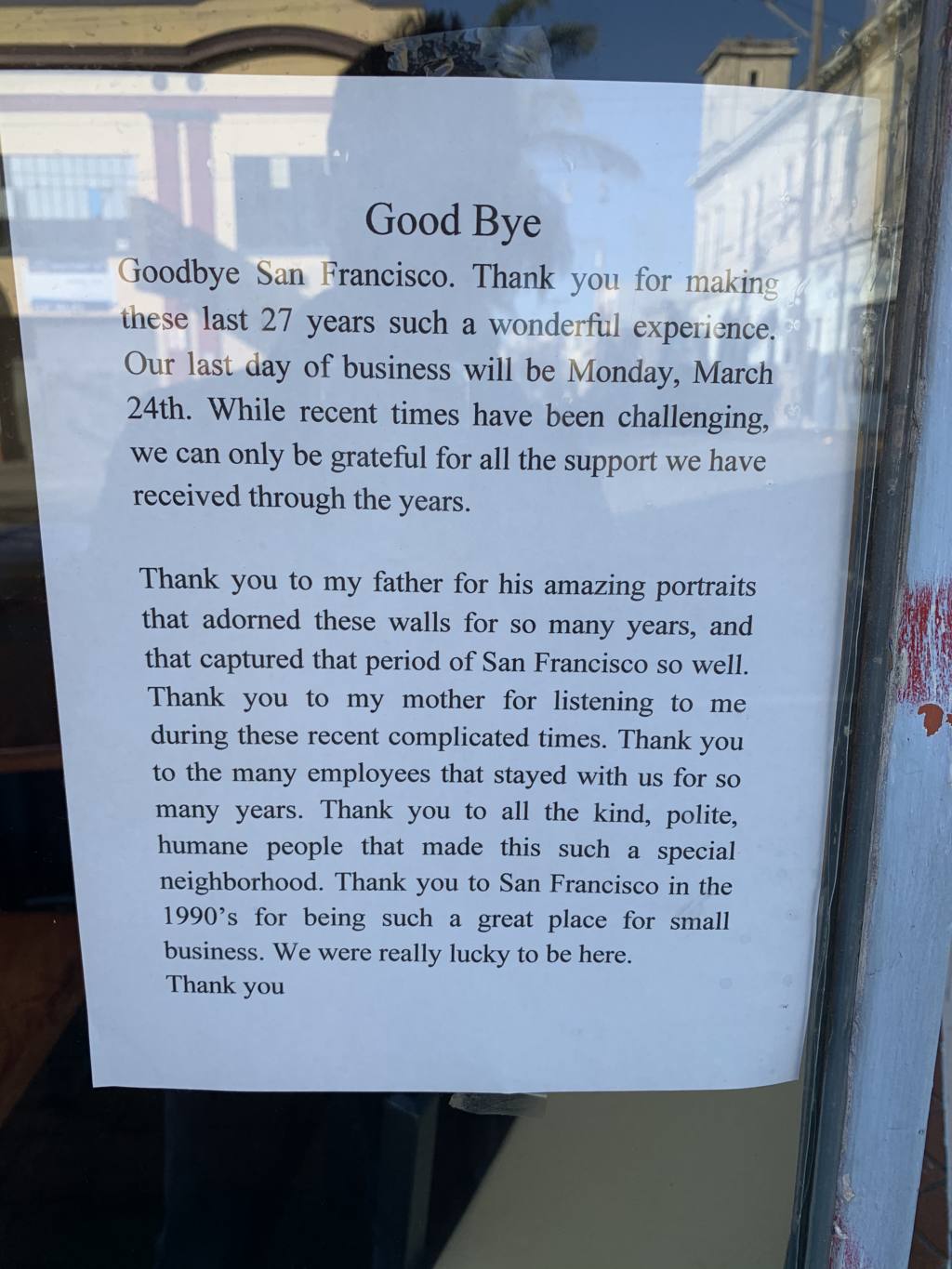