Whither the Sorting Hat: At long last, can San Francisco get school assignment right? 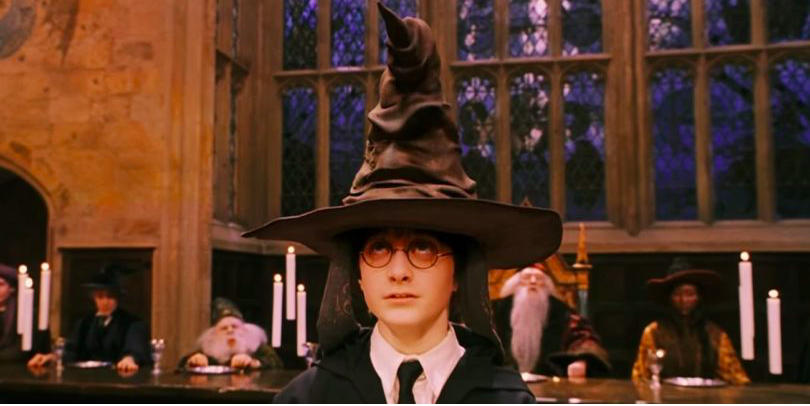 “Not Clarendon, eh?…Are you sure? You could be great, you know, it’s all here in your head, and Clarendon will help you on the way to greatness, no doubt about that, no?”

It’s funny, sometimes, how your perspective changes when you get on in years. As a kid, you laugh at Chip and Dale tormenting Donald Duck. As an adult, however, you wonder why Donald couldn’t just be left alone — all he wanted to do was have a weekend barbecue, dammit.

Is that too much to ask? CAN’T I HAVE FIVE MINUTES’ PEACE?

As such, the snitches and butterbeer and whatnot in the Harry Potter world are fine and good for the kids — but when you’re a San Francisco parent, what you really want is that Sorting Hat.

If only there was some omniscient entity that figured out where your kid should go to school and, just like that, assigned her there. No filling out forms in triplicate. No entering 10, 15, 24 — however many you can stand — schools on those forms, only for all your work to be re-typed into a computer by a School District employee in an obvious duplication of effort. No waiting for hours in a Cadillac-of-DMVs-type room to drop off those forms, because all of this still must be done in person and using paper (in triplicate). No waiting around for a letter to arrive in late March and, potentially, months of re-applying.

To hell with all that: Just a hat, preferably voiced by an aging Shakespearian actor, that instantly puts your kid in the right school. Is that too much to ask?

Alas. The prerecorded voice at school district headquarters that summons parents out of the waiting room to drop off their forms (in triplicate) is chipper and British-accented. And that’s as close as you’re gonna get to that Sorting Hat. Starting last week, the school district began a series of public meetings aimed at gathering input toward fixing this, and changing its problematic school assignment policy.

God help everyone involved in this process. They will need it. A fair and equitable school assignment system has, in this city, proven to be the impossible dream; if the school district succeeds here everyone should be flown, posthaste, to Jerusalem to negotiate Mideast peace.

Attempts to fix our school assignment system’s problems have, thus far, served as exemplars of the law of unintended consequences. And, analyzing the tentative fixes on the table now, some degree of consternation is well warranted.

Our attempts to make things better for this city’s neediest students and families could well make things that much worse. They always seem to. Years ago, when Diane Gray was working for the San Francisco Unified School District and tasked with explaining the enrollment process to incoming parents, she noticed something telling.

When she worked with poorer parents, many of whom were black and brown, their questions were more quotidian: How do get into my neighborhood school? Where do I drop off my papers? When are they due?

But at “more upscale preschools” — which skewed more white or Asian — the questions were different. “How do I work the system?” — she recalls that one coming up a lot. “How do I get the schools I want?”

It’s hard to be brief and on-point in discussing the slings and arrows of San Francisco’s school assignment process because those slings and arrows mirror the city’s own. Our school system is segregated and empowers those with access and privilege because that’s how things are in the city writ large.

As such, the school district’s move to give parents more choice — to give residents in the Mission or Bayview-Hunters Point, where Gray was born and raised, the ability to send their kids to schools in leafier, more affluent parts of town — hasn’t worked out as planned.

Choice has further enabled parents who are fortunate enough to have choices. If you have the time and flexibility to shlep your kid(s) to the most-desired schools (often tucked away atop hills in parts of the city even natives may never have visited), choice is great. If you don’t have a car; if a school is not near a transit line and there isn’t a devoted school bus; if you have a job where showing up late after dropping off your kids results in penalties or termination — then the district’s offer of broad school choice becomes something of a hollow gesture.

Even before all of that, better-off parents can take time during the work week to visit prospective schools — and these tours are not necessarily offered in languages other than English.

“Site visits are essential for families to know what’s available at schools, but they’re not accessible for everyone,” says Board of Education member Gabriela Lopez. “It’s not ideal.”

In short, the rich tend to get richer; the poor tend to get poorer. They may not teach you that in school, but school teaches you that. Marshall Elementary students performing the song El Barco on stage during the school’s 100th anniversary in 2015. Photo by Andrea Valencia.

Giving parents more choice in where they enroll their kids inadvertently led to more segregation. All of the school district’s tentative plans moving forward, then, call for less parent choice.

One needn’t be Nostradamus to predict this will go over like a lead balloon — and that the public meetings regarding these prospective changes to the school assignment system figure to be fraught. Veteran Board of Education member Rachel Norton says she’s resigned that she can’t make everyone happy. But these plans run the risk of making nobody happy.

Here they are, in a nutshell: One calls for kids to be auto-enrolled in a designated neighborhood school with limited opportunities to opt out and go elsewhere; the other two call for either small or large “zones” in which kids are geographically limited to a set number of schools and guaranteed entry in at least one of them.

All of these plans would appear to have serious drawbacks — and all of them pit the city’s haves versus its have-nots. Few parents are going to transfer kids out of desirable designated schools in more affluent neighborhoods. And, along similar lines, “zones” sound fine if you’re living in parts of the city where schools are plentiful and well-funded. If you’re living in the city’s underserved outer neighborhoods, however, it’s harder to see how this solves your problems — or doesn’t, in fact, worsen them.

Even if consensus could be reached that zones are the way to go, can you imagine the process of equitably drawing these zones? Can you imagine the mad crush for the more desirable schools within each zone? Can you imagine how transportation and logistical issues could be handled? (In case you were wondering, the reason some schools start at ridiculous, early hours and others start at 9:30 is that it’s too expensive to run a school bus system at one time and the shifts must be staggered.)

It warrants mentioning that fostering diverse schools isn’t merely a politically correct thing to do — plenty of research indicates it improves outcomes not just for the indigent but middle- and even upper-class students.

But we are facing a chicken-and-egg problem here. Preventing parents in, say, Bayview from sending their kids hither and yon and instead compelling students to attend the neighborhood’s under-appreciated, under-enrolled schools could well lead to those schools improving. But so would, you know, improving them. And the city’s most put-upon parents may well wonder why the district hasn’t previously put more effort (and money) into first beefing up these schools before mandating this is the place for their kids to go — and hoping success follows.

All of the proposed fixes to the school assignment process “do not fix the reasons people are not choosing the schools,” sums up Board of Education member Alison Collins.

The school district is asking a lot of parents when it, in essence, says “Trust us: We’ll get it right this time.” It’s asking a hell of a lot of parents to send their kids now into a situation that may improve in some years’ time.

In the end, there is no Sorting Hat. And, no, you can’t have five minutes’ peace.