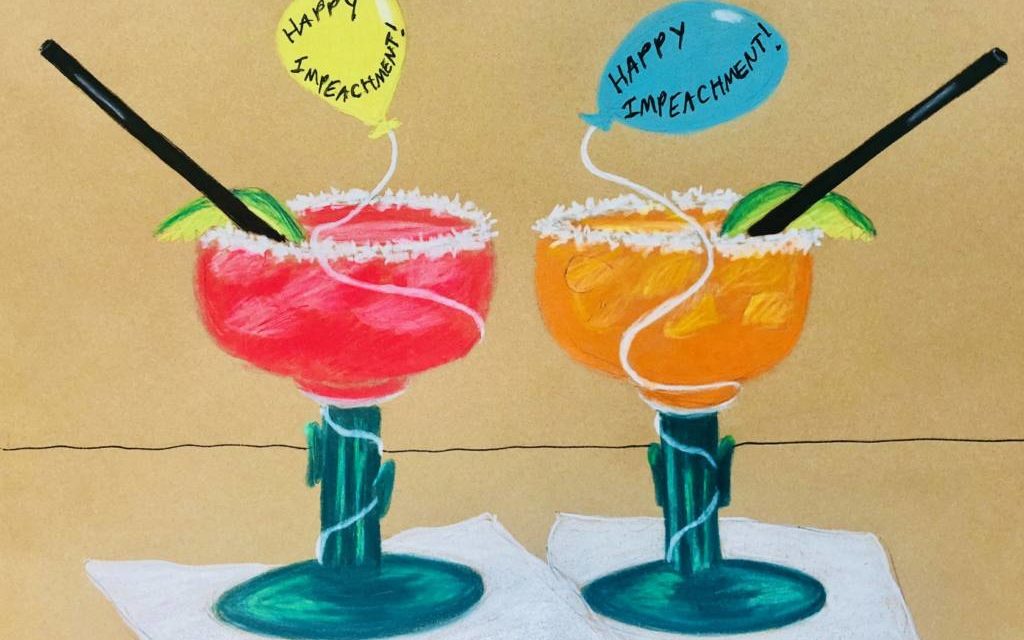 I spent time in the Mission the night Obama was elected. Oh man, that was a festivity. People were hugging strangers, drinks were flowing, it was a giant swoon of affection for who we were and what our nation could be. What a moment it was to be alive.

But hanging around the Mission on Dec. 18, the night Donald Trump was impeached? It was kind of dead. And, okay, maybe that’s because it was a little rainy, but … the symbolism still works. I’m sure people were celebrating somewhere, but it wasn’t out on the streets like that.

Maybe we’ve been conditioned out of it. Maybe all the people who liked to do that sort of thing have had to move out. Or maybe we’re all just that much more beaten down now. Maybe part of the whole point of gentrification is that it weakens the civic fabric that you need both to celebrate triumph and to fight injustice.

Anyway, it was that kind of night. It was raining.

Cava22 is the kind of place that, when it’s mostly empty — like it was impeachment night — looks sad and forlorn from the outside. It looks like the kind of place where you’re going to need an order of antidepressants to lighten the mood.

If that is your first impression, as it was mine, do not trust it. It is lying to you. Be adventurous. Even damn near empty, as it was that night, Cava22 was bright, warm, and jovial on the inside. It had upbeat Spanish music playing, and the few people there were keeping up a hum of conversation (also in Spanish) and obviously enjoying themselves. This wasn’t forlorn: It was a refuge from a forlorn world.

Even with only a few people there, it had civic fabric to spare. Lucienne Alicen and a friend soak up a serenade at Cava 22.

Cava22 is decorated with paintings, musical instruments, a diversity of light fixtures, and a single television in one corner playing a drama of some kind. It’s all bar and table seating in the main room – and the tables are either one long communal table, or arranged very close together as a kind of communal table in segments. People were at the bar, and the bar is named after a drink, but it clearly wants to be a communal restaurant.

The House Margaritas are all $8, and come in four varieties — classic lime, icy mango, strawberry, and watermelon — each of which, in my experience, comes in its own kind of goblet. They all look lovely. I had a mango one, and it was tasty. A great value at the price.

Not only had the House of Representatives voted to impeach just a few hours before, but the first Star Wars: Rise of Skywalker reviews had come out that day. It felt like a momentous time. But there was nothing any of us could do except pick our corners and bear witness.

The woman sitting next to me, clinging with equal strength to her drink and phone, put the phone down and introduced herself to the bartender and they began an energetic conversation in Spanish.

One of the waitstaff started singing along to the swirling music. It was gorgeous: She has an amazing voice. It all came together into a kind of beautiful human moment that melted my heart. The world is full of grace, even now. Iordered a pineapple mojito. The bartender shook his head and told me “we’re out of mojitos.”

It took me a moment to process that. For a moment, I didn’t understand what the words meant.

How does that even happen?

I went back to a watermelon margarita, which was also tasty, and decided it wasn’t going to bother me.

I’d have to go back out there again soon, but lingering was pleasant.