In a move that pushes history and the law, the SF Democratic Party names a Dreamer to its central committee 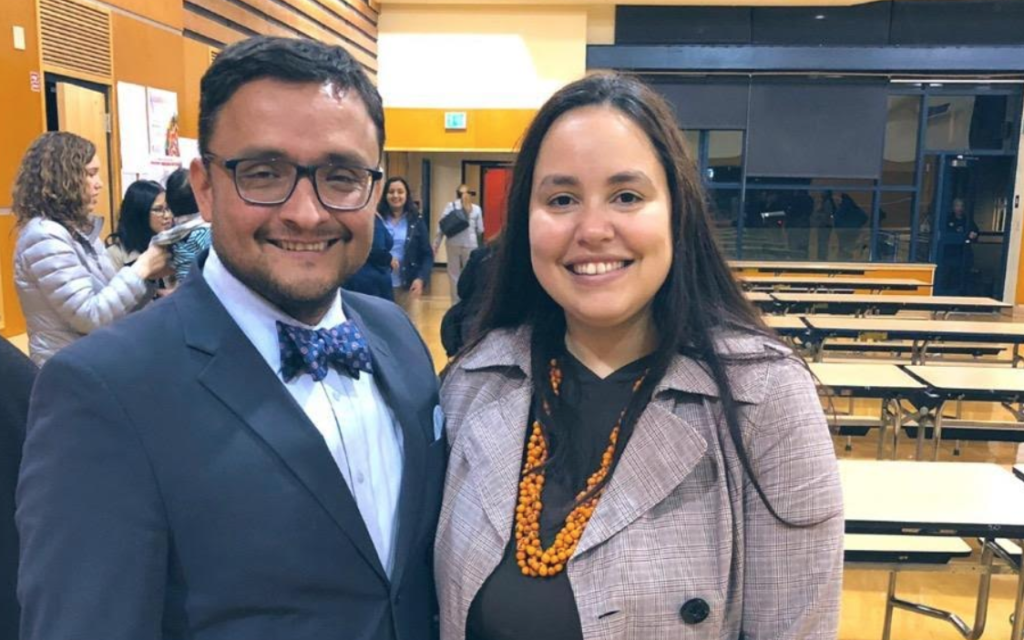 San Francisco Democratic Party chair David Campos’ appointment of DACA recipient Sarah Souza to the party committee would appear to butt into a number of state laws and party bylaws. But, it seems, that’s the point.

Outside of political endorsement season, most people don’t pay all that much attention to the goings-on within San Francisco’s Democratic Party.

On Wednesday night, however, a little bit of history was made. Democratic County Central Committee (DCCC) chair David Campos filled the spot vacated by former supervisor Malia Cohen by tapping Latino Democratic Club president Sarah Souza — a DACA recipient. Campos says that the state Democratic party has told him that no other county committee has ever added a Dreamer to its governing body.

So, this is a historical first, and a symbolic statement made at a time when the plight of Dreamers — undocumented immigrants brought to this country as children — is a favorite cruel bargaining chip of President Trump.

“If the party wants to be true to its principles,” Campos says, “it has to find a way of making these young people participants in the Democratic process.”

Campos’ nomination of Souza was unanimously approved by the DCCC, with a number of San Francisco political luminaries afterward posing with the new commissioner and posting affirmations to social media. Typical of the reaction:

“This is precisely what the Democratic Party needs right now,” added committee member Jen Low. “Despite the shortcomings of this party, Sarah has given so much already, and she doesn’t even have the privilege to vote. That’s a tremendous statement and this needs to be the new normal.”

So, this is a provocative and envelope-pushing move. But even Campos acknowledges that the law isn’t necessarily on his side. “Can she serve remainder of the term? Can she run for election? And can she serve as a delegate at the state convention?” asks Campos. Right now even he doesn’t have definitive answers to those questions. But he hopes to change laws and bylaws so they’re all a “yes.”

Souza, who declined to be interviewed for this piece, came to the United States from Brazil in 2001 when she was 15. She attended San Francisco State University and earned a Master’s Degree in Public Affairs at the University of San Francisco. At present, Souza works as a community organizer at the California Reinvestment Coalition.

“But for the fact she’s not a citizen, she would be a Democrat,” explains Campos of his appointee.

And yet, at the state level, the law grows less favorable for Souza — in several places. No one, however, has challenged her nomination and it is unclear if Souza wants to run for re-election in 2020.

Campos, himself a former undocumented immigrant, is hoping state law can be modified.

Regardless of how long Souza is able to stay in the position, he says this was the “morally right” move, and he — and Souza — are up for the challenge.

“We need to push the party to make Dreamers a recognized class of people who can be full participants in the Democratic party.”