Weekend Crime Recap: A Tablet and a Kiss At 1:45 Saturday morning, two suspects, one in his 30s and the other age 50, approached a 46-year-old man on a Muni bus and asked him when he would exit.

The victim refused to answer, but revealed the name of his stop after one of the suspects began to argue with him. As the victim exited the bus around 14th and Market streets, one of the suspects tapped him on the shoulder, punched him in the face and grabbed his tablet.

The victim grabbed his tablet back but was again punched in the face. He then walked away and contacted the police.

At 2:30 Sunday morning, seven men between the ages of 18 and 25 approached a couple who were kissing in the area of 24th and Utah streets.

The suspects began yelling at the 36-year-old female victim, who yelled back. The suspects then attacked her, took her belongings and fled on foot. 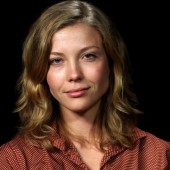