What It Took to Catch a Thief in the Mission District Juan Romero just wanted to have a beer with his friends. Instead, he ended up chasing armed robbers.
Around 8:30 p.m. on a recent Monday, Romero, a construction worker, met his friends—both landscapers—on Folsom Street between 23rd and 24th streets.

Within minutes, two men and a woman approached the small group. One held a shotgun.

What happened next made the Feb. 2 incident on Folsom not just another Mission District crime statistic, but an illustration of a community working together to defend itself. What it took to solve a crime: a plainclothes officer, a construction worker, and a woman at the window.

Wasting no time, Romero left his 31-year-old friend and his 55-year-old uncle behind, jumped in his Chrysler sedan and followed the robbers. He said he stayed at a safe distance, but kept tabs on the men while talking to 911 Dispatch on his cell phone. Then, around 19th and Alabama, he lost them.

In the meantime, thanks to Romero’s quick work, nine officers had sealed off the area and were searching the neighborhood for the male suspects. The woman, Romero said, ran toward Potrero Avenue.

Then, Officer Robert Sanchez saw another woman standing in the front window of a house near 20th and Alabama. When he asked her if she had seen anything suspicious, she invited him inside.

There he found Kevin Chilton, a 26-year-old Oakland resident. The woman told Officer Sanchez that Chilton had run into the house and told her not to open the door or call the police. Chilton was unarmed.

One of the stolen wallets as well as another wallet had been discarded in a garbage can in the house.

Less than a half-hour after the incident, police handcuffed Chilton and took him into custody. The victims later identified him in a lineup. He was charged with three felonies: robbery, possession of stolen property and parole violation. He was on parole for carjacking at the time of the arrest.

A female suspect was also detained, but was not positively identified. The gun was not recovered, and no one was injured, police said.

“In this case,” he wrote, “the suspect could easily have been overlooked and escaped, except for the alert and perceptive officer who followed his instincts and pursued things just a little further.”

Sanchez has been part of the SFPD for 18 years. He has spent six of those in the Mission District working as a plainclothes officer.

Tacchini also praised the woman for summoning the courage to let the officer into her home. He did not mention Romero in the email, but later acknowledged his bravery.

There have been 65 robberies in the Mission District since Feb. 2.

Romero, a resident of Bernal Heights, said he is used to crime, but “I’m just getting sick of all of this.” 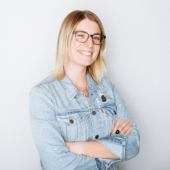