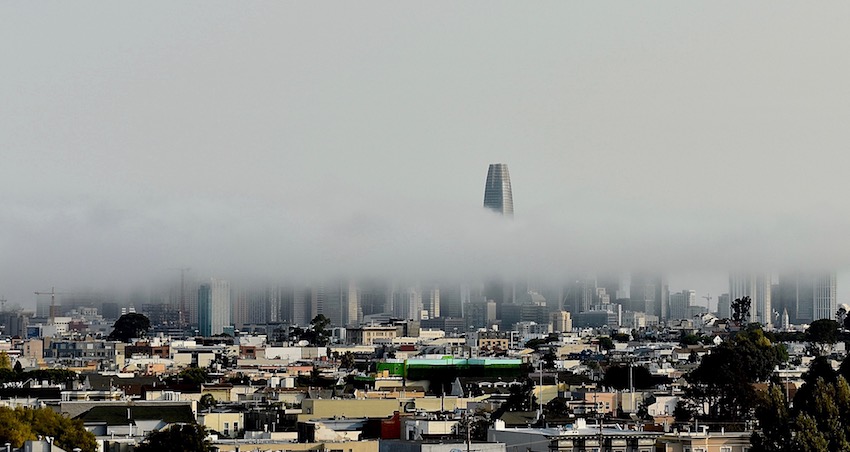 They are the women and men who keep the City working through good times and bad. Rhetoric aside, the City has offered its “essential workers” little to help stem the virus among them. Yesterday, they came in cars, trucks, bikes and on foot to City Hall, calling for more attention and resources.

Many, if not most, of the City’s “essential workers” are immigrants. Not only are they deprived of essential services, the Feds threaten them with jail and deportation. Check out life on the border.

On Septmember 26,  DPH reports 1581 total cases in the Mission or 26.5 cases per 1000 residents. Over the past month, the Mission had the highest number of new cases, followed closely by Bayview-Hunters Point, the Tenderloin and the Excelsior.

The seven-day City-wide average number of daily cases for the week ending September 22 fell to 51 or 5.9 per 100,000 residents, taking the City out of DPH’s High Alert zone for the first time since June 21.

DPH continues to withhold meaninful information on contact tracing, which it calls a  “key tool for for preventing new infections”. Over the two weeks ending September 18, tracers had reached 79 percent of positive cases, and 84 percent of named contacts. How many cases and contacts, tracers attempted to reach we don’t know. DPH gives no demographic data.

The City has adminstered a half-million Covid tests (503,508), an impressive number, especially in comparison to other cities around the country. However, only about 9 percent of those tests have been collected from the Latinx community which comprise more than half the cases.

Although the number of ICU patients has been declining, DPH reported more Acute Care patients on September 27, bringing the total back to 62. Hospital capacity increased with 126 ICU beds and 423 Acute Care beds available.