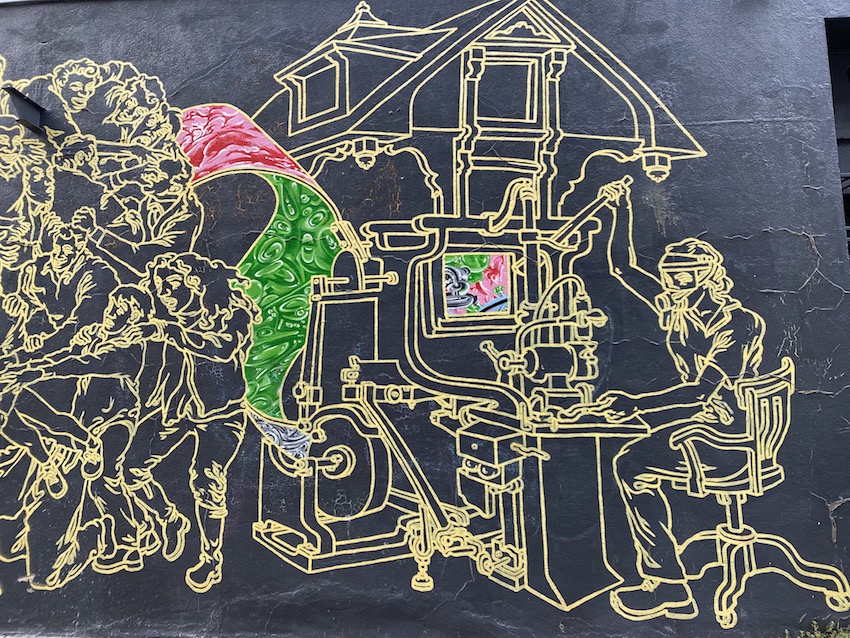 Now that the numbers have stabilized for a while, the city on Tuesday issued a new re-reopening timeline.

And just this morning, UCSF released the results of its 24th Street testing study, which revealed a 9 percent infection rate among the 2,622 residents tested at the BART plaza over the past month, with a whopping 11 percent of Latinx participants testing positive. Compare that to the 2.5 positivity rate in San Francisco overall this past week.

Sadly, the 24th Street testing site is now closed, and this manner of low-barrier testing in affected communities is not the norm.

Without a competent testing-tracing-quarantine program we have become characters in a long-running absurdist play called “Waiting for The Vaccine.” Here are a couple reviews, positive and negative. The first comes from the New England Journal of Medicine which gives a fairly concise explanation of Operation Warp Speed. The second, more critical from journalist Matt Taibbi, notes that whether the vaccine is effective or not, Big Pharma will reap Big Profits.

With considerably less fanfare, it appears some degree of accountability, long overdue, may be coming to the SF Sherrif’s Department, one way or another.

Only 5 cases were reported yesterday, bringing to the Mission’s cumulative case total to 1281 as of August 30.

No big change here, as the R number estimate continues to fluctuate between .9 and 1.0.

The positivity rate has also been fairly stable, between 2.5 percent and 3 percent since August 6.

The Latinx population continues to bear the brunt of the virus in terms of case numbers, and increasingly, in the percentage of deaths.

The San Francisco case fatality rate (CFR) is now 0.8 percent. Of the 84 deaths, 92 percent had one or more underlying conditions.

An influx of eight new patients in Acute Care account for a small increase in hospitalizations on August 31. However, DPH reports 10 fewer ICU beds (114) and 69 fewer Acute Care beds (455) available. Both are well within the goals set by DPH for the seven-day average  percentage of availability.