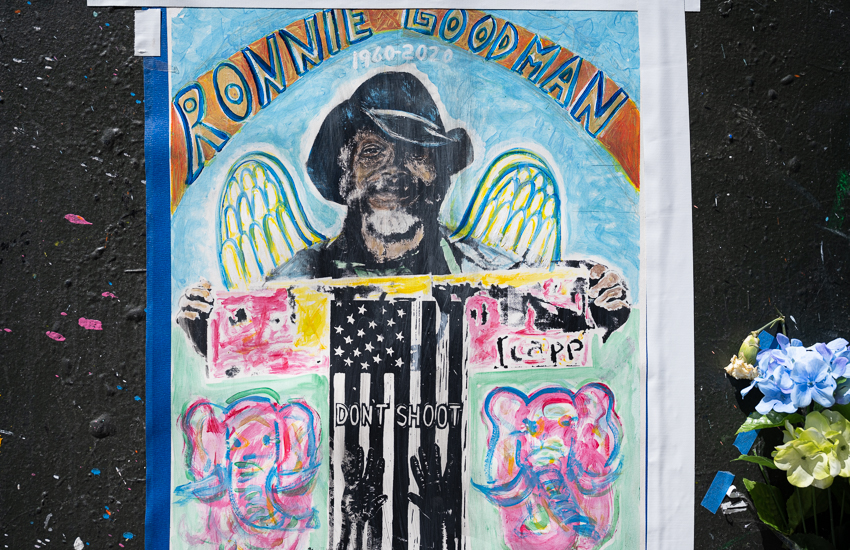 About 50 people gathered on the corner of 16th and Capp streets on Saturday to share memories and pay their respects to Ronnie Goodman, an artist and distance runner who lived on that corner for years and died there last Friday morning at the age of 60.

With the paint he used for his artwork still splattered on the sidewalk, and some of that artwork displayed on the side of what used to be the City Club bar, friends and family remembered Goodman as a man who struggled for much of his life but found reprieve in art and running.

“He’s an institution on this corner,” said his friend Walter, who goes by the nickname Coach.

Coach said he ate burritos with Goodman and chatted with him late into the evening the night before he died. They made plans to hang out the next day, but it was the last time Coach would talk to Goodman. The next day, after he got off work at noon and arrived at the corner, he saw the coroner taking Goodman’s body away.

“I knew Ronnie touched a lot of people, but I didn’t realize how many,” he said, remarking on the number of people who have visited the corner since last Friday.

He put up an altar and memorial for Goodman on that Friday night. “I haven’t left since then,” he said. 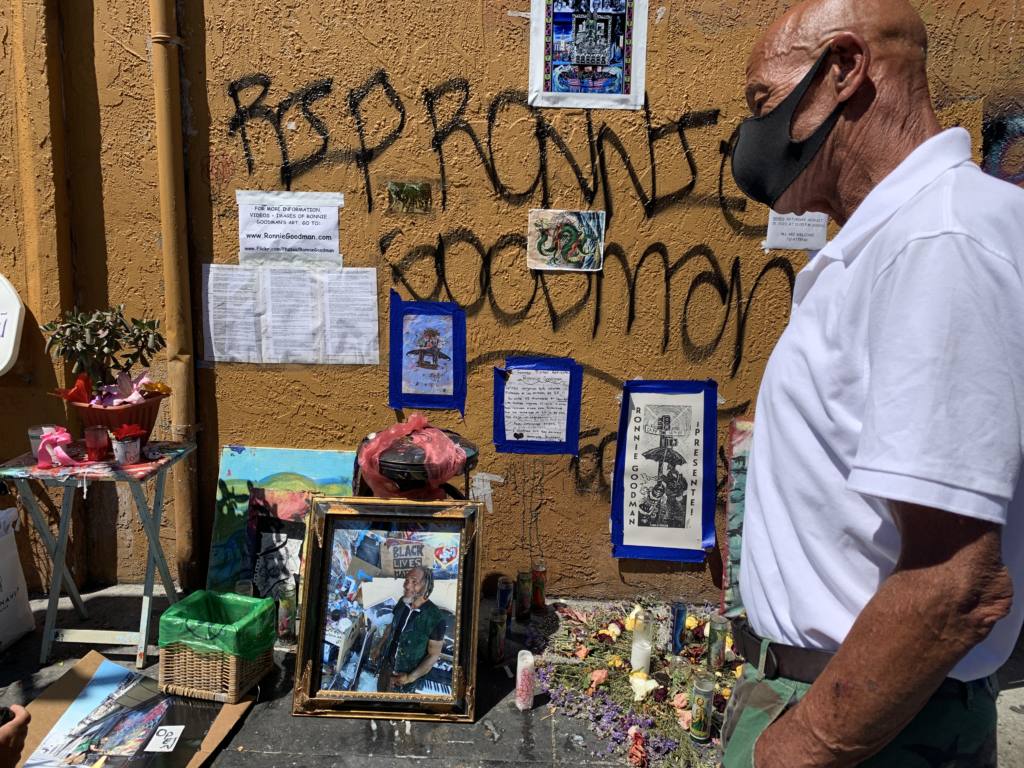 “Coach” stands in front of Ronnie Goodman altar, which he helped assemble. Photo by Julian Mark.

Goodman grew up in San Francisco, spending much of his childhood living in the projects in the Fillmore, said Goodman’s wife, Tanya Goodman, who was at the memorial Saturday afternoon. Living in the same housing complex on Hayes Street, Tanya was 13 and Ronnie was 12. “He asked me to be his girlfriend,” Goodman recalled. “We were together a long time after that.”

“He was a nice-looking young boy,” Goodman added. “He was bow-legged — real bow-legged.”

They had three children together and married in their early 20s. Although they had not lived together for a while, Tanya said she remained in touch with Ronnie, who she never divorced.

With a smile and laugh, Gloria Hardaway, Goodman’s sister, remembered growing up with her older brother. “He was very spontaneous, very adventurous,” she said. “He was always a little bad.”

But she said, even at 7-year-old, Goodman loved to draw, admiring the art in comic books. “And he came to be what he is,” she said — a great artist.

Frank Ruona, the head coach of San Quentin’s 1000 Mile Club, a running program at the prison, told the mourners gathered on Saturday afternoon that he first met Goodman in 2005, when Goodman was doing time there. “He was by far the most enthusiastic and best runner that we had at the prison,” Ruona said. 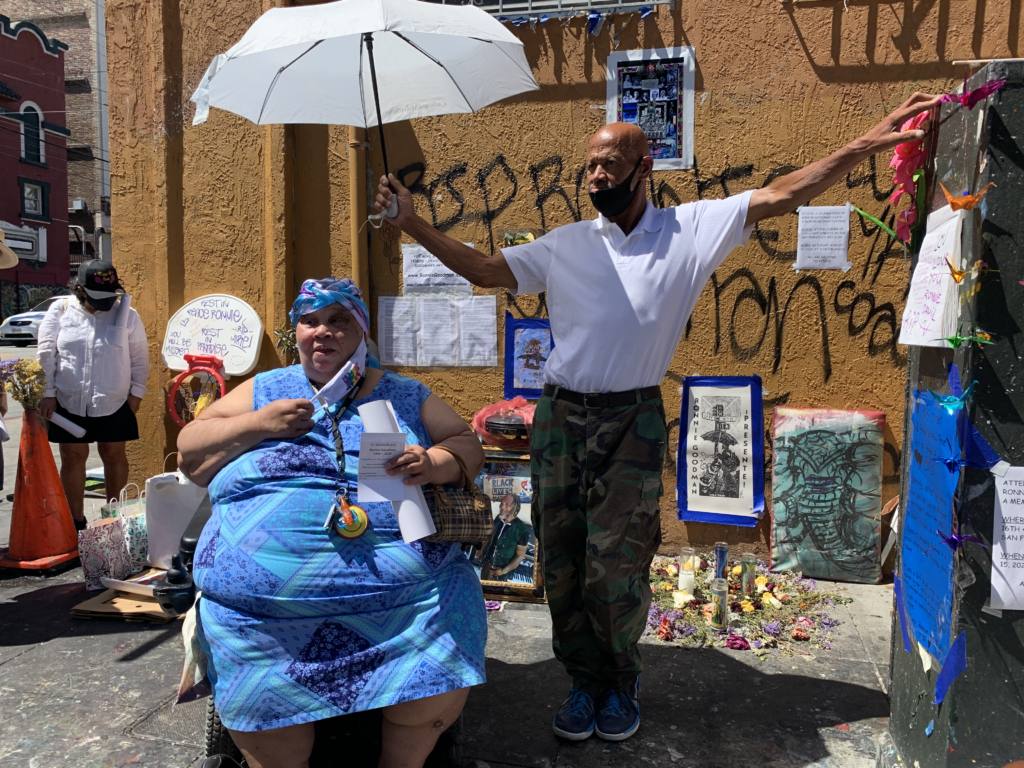 Ruona would come to the prison every other week and run with Goodman in the evening. “And, oftentimes, it was just Ronnie and I running, doing workouts.”

At that time, Ruona recalled, Goodman was running an average of 20 miles on the weekend. And so, in 2008, they organized the first San Quentin marathon, with 14 people starting. “We had one finisher, and that was our first-place finisher, Ronnie Goodman,” Ruona said.

In 2010, with an injured foot, Goodman took second place. “It was shortly after that, that Ronnie paroled,” Ruona said, “and he was homeless pretty much for the first five years that he was out.”

That did not stop Goodman from running: In 2014, he ran a half-marathon and raised $10,000 for Hospitality House, a nonprofit that works with the homeless.

Being homeless also did not stop Goodman from producing artwork. He was prolific, and his many accomplishments are chronicled on his website.

Paul Boden, the executive director of the Western Regional Advocacy Project (WRAP), an organization that advocates for homeless people, said Goodman was WRAP’s go-to artist for its initiatives.

Boden said that Goodman took art classes while at San Quentin. “We would tell him the messages that we were hoping to put out, and then he would create images to help us match that message,” Boden said. “And that’s the relationship we always had with him.”

When Goodman left prison, he and Boden became friends. “He had a really beautiful spirit, and was as fucked up as the rest of us,” Boden said, noting he, too, was once homeless.

Goodman’s artwork resounded with many locally, and his depictions of life at San Quentin will be included in a New York MoMA PS1 exhibit, Marking Time: Art in the Age of Mass Incarceration. One of his paintings is featured in a New York Review of Books article on the exhibit.

And, here in San Francisco, Goodman’s art and personality have left a mark on the community. Roger Herried, a building manager of the Redstone building at 16th and Capp streets, where Goodman lived for a time before moving back out onto the street, said Goodman was his friend, who he will miss severely.

“He was our Picasso,” Herried said. 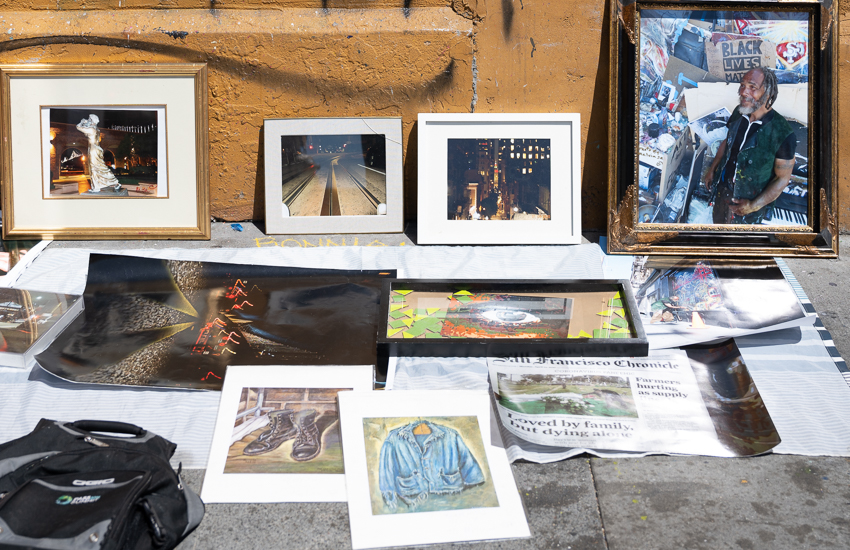 Ronnie Goodman’s artwork displayed on the corner of 16tha and Capp. Photo by Kerim Harmanci. 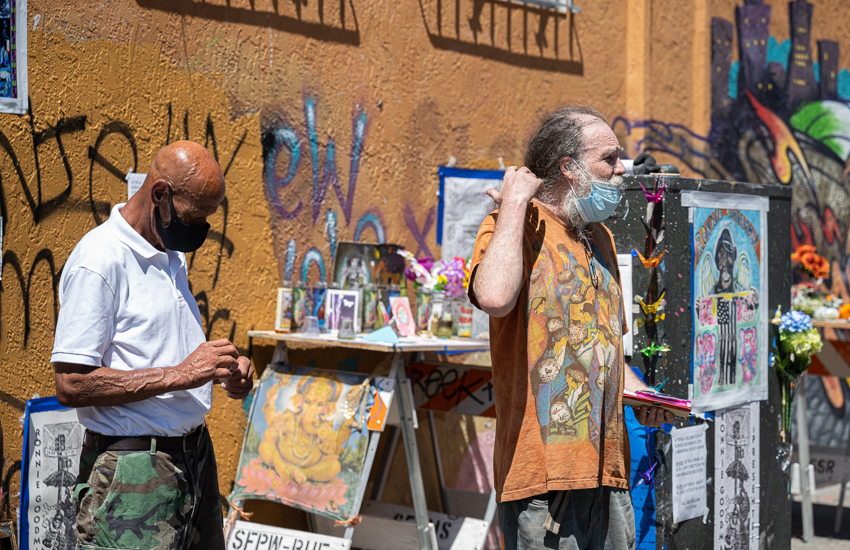 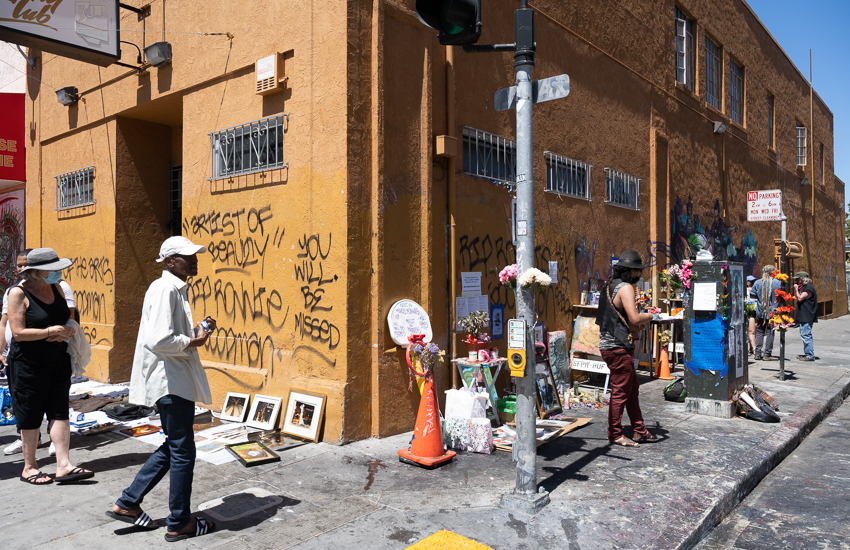 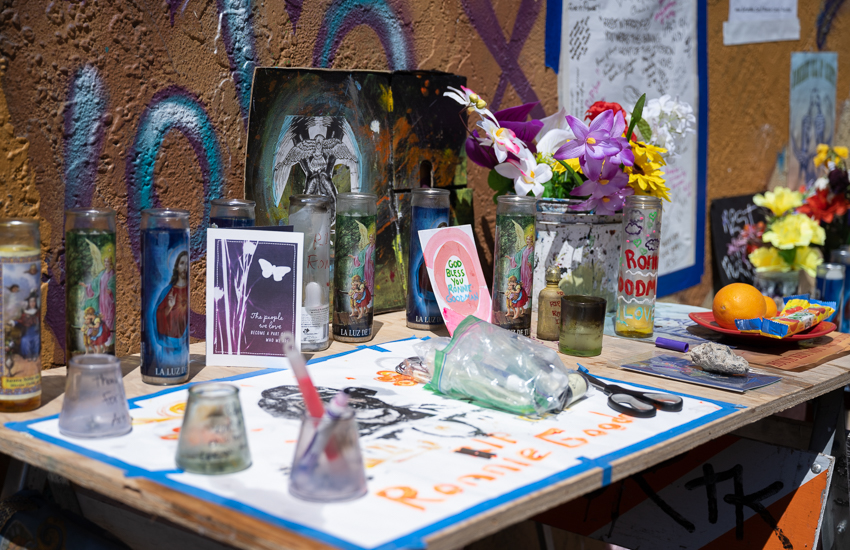