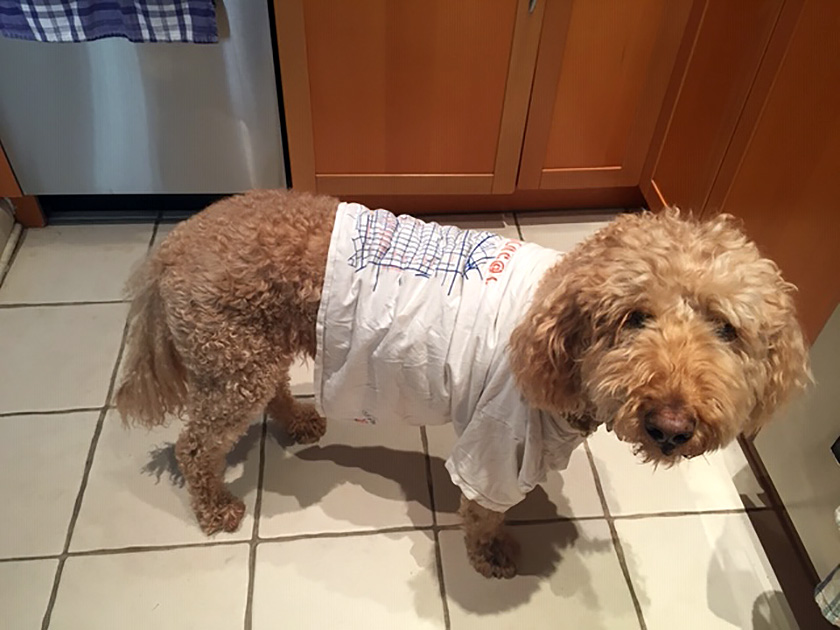 Nikko Once a Mission dog and now a New York reader. Photo by Sandra Salmans

No commentary. Take a break and get some ice cream.

The lead photo is Nikko, a dog who used to live in the Mission. He moved to New York eight years ago to seek his fortune, and he’s done quite well. A regular at Central Park Shakespeare Festivals, most recently in “As You Like It,” he’s also landed off off Broadway roles in “Bones” and the musical version of “Dog Day Afternoon.” When his successor’s picture was recently posted, his agent contacted us demanding an appearance in Mission Local as he still wears his old ML t-shirt when he strolls down 5th Avenue.

Another 17 cases added to Mission totals, bringing us up to 769.

Again, no new numbers on available beds. So the figures and graphs you see are still as of July 21. As of July 31, DPH reports 36 patients in ICU and 79 in Acute Care.  More on the problems with hospitalization data tomorrow.