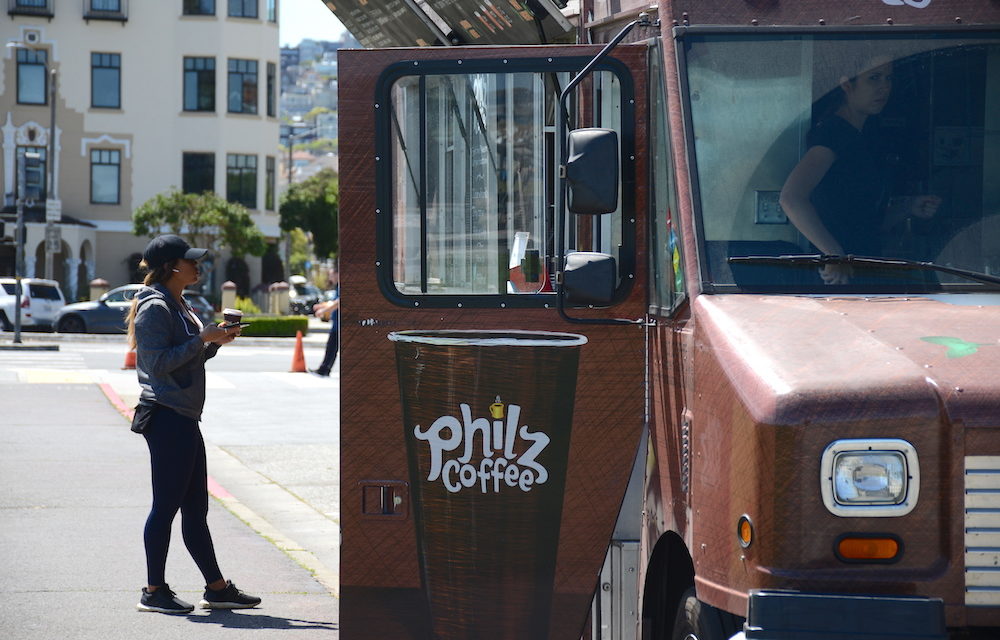 Nearly a dozen Philz Coffee workers allege that many of the 181 employees who were let go last week in a mass layoff were previously told to choose between ignoring their voiced health concerns and resigning — an allegation the company contested.

The layoff became effective today, and 10 baristas alleged to Mission Local that several of those who were let go had denied management’s repeated requests to go back to work because they feared the impact of the coronavirus on their health.

An official at Philz said this allegation mischaracterized the company’s policy, which he called generous and understanding of those with medical conditions. The official said workers within all departments and with varying backgrounds were laid off.

But employees told Mission Local that their medical conditions, anxiety of catching the virus and unhappiness with the company’s safety precautions made their layoffs feel deliberate. Already, many of them had raised concerns, such as when staff at the Mission location walked off the job in protest in late June.

Closure followed by a call to furloughed workers to return

Philz Coffee, which got its start on 24th Street and mushroomed into a corporate giant with 52 stores across the country, closed all of its stores after the city’s March shelter-in-place order.

At that time, it furloughed the majority of its employees across all departments. Staff were paid for the remainder of their scheduled shifts, many of which extended for two weeks. Those on Philz’s health insurance received it until May.

In April, the company slowly brought staff back as operations expanded with mobile orders. At that time, employees were asked if they would like to volunteer to return for limited hours. Workers also alleged that management implied there would be repercussions for not returning.

“We understand that all of you are making decisions in unusual circumstances and we absolutely respect your choices,” said a notice sent to Philz staff on April 22. “If you decline hours it may impact your status at Philz and any state unemployment benefits you’re currently receiving.”

Tony Kincses, a Mission resident who worked for Philz Coffee for nine years, said leadership checked in with him approximately every two weeks to ask when he would return to work.

Kincses, who has a congenital bone disease, said that the company had been accommodating of his limitations before the pandemic. Unlike other workers, for example, he was allowed to sit at the register because of his condition.

When management originally approached Kincses about coming in for mobile orders, he opted out, citing worry that the bone disease would make recovery from COVID-19 more complicated.

He read the April 22 notice as a “red flag” and an attempt to strong-arm him into working again.

“The drive of the conversation definitely felt like it was convincing me to come back,” Kincses said. “It was presented bleakly to me that I would lose [unemployment benefits] if I did not return.”

He did not return. Kincses was among the 181 employees let go by mass email last Friday.

Chris Santana, a team leader who had worked at the Dogpatch location since January 2017, said that he refused to return during the furlough period because he lives with his 91-year-old father, who is a cancer survivor and World War II veteran.

“It’s not hard to get infected and pass it along to somebody,” Santana said. “I told human resources and my manager that it’s not safe for my family.”

To bolster his case, Santana obtained a letter from the Veteran’s Affairs department attesting to the risk to his father’s fragile health, but Philz management said that was unnecessary. He felt they understood his situation.

Then on June 16, management left Santana a voicemail and an email that asked him to discuss his feelings about returning to work. He said he immediately called back and left them a voicemail, but received no response. The next time he heard from the company was last Friday, July 10, when he received the mass-layoff email.

Emily Hering, a barista at Palo Alto Philz on Middlefield Road, echoed the fear of contracting COVID-19. She has a form Ehlers-Danlos syndrome that gives her high blood pressure. Plus, she occasionally cares for her grandmother, who is in her late 80s.

Nevertheless, she said, pressure mounted from higher-ups to go back in.

While furloughed, Hering said she took screenshots of coworkers posting on social media in the store’s break room without wearing masks or without social distancing, which she shared with Mission Local. Hering said she told management that she wouldn’t come back until these issues were addressed.

Later on, she said, Philz sent her a medical release form to see if she qualified for the Americans with Disabilities Act, which would say Hering’s condition made her unable to perform work duties. Hering said she was wary about signing, and that she felt her health concerns didn’t fall under this type of categorization. She refused and was also laid off in the mass email.

“Honestly, it was infuriating to read,” Hering said. “Those who speak up or ask questions are ultimately punished for not blindly following what they say.”

Many laid-off employees said their initial fears of resuming work were exacerbated by their perception of Philz’s response to COVID-19 outbreaks at its stores, which they learned about from workers who had returned during the pandemic. They alleged the company didn’t communicate COVID-19 exposures to replacement staff or customers.

An email obtained by Mission Local confirmed that the Mission location had been exposed on June 10 and closed as soon as management was aware. Baristas further alleged there was a recent exposure at the Russian Hill store.

The Philz representative said that the company cannot confirm these cases citing confidentiality reasons. But Philz’ hypothetical response would be to notify all staff, deep-clean the store using a third-party service, and open it with members who have not been in contact with the COVID-19 employee within 72 hours.

Robert Thumas, a shift-lead at the original Mission location on 24th and Folsom streets who was fired in early July, had returned to work in early June. After the Mission exposure, he and his coworkers were sent home to quarantine for two weeks.

However, Thumas alleged that baristas from other locations were brought in to backfill shifts after COVID-19 closures, and were not notified that COVID-19 exposure had occurred. Other employees confirmed that allegation.

The Philz cleaning procedures comply with COVID-19 business guidelines, according to the city’s site. These guidelines also do not require companies to alert customers about possible exposures.

Still, employees felt the failure to tell customers was wrong. “We take pride in our connection with our customers and being truthful to them,” an email Thumas sent to management said. “I am not speaking up for everyone, but I am speaking in solidarity with my team at the Mission Store.”

Moreover, Thumas alleged that when the employees at the Mission store returned, they were provided with faulty thermometers and inadequate personal protective equipment.

Read: Who invented one cup of coffee at a time: The Phil and Rodger story

To protest the working conditions, Thumas said that his staff scheduled a walk-out in late June. Management addressed it with a Zoom call the next day.

The Philz representative disputed the statement and said the company has ample PPE that is available to any employee at all times.

An announcement uploaded to the Philz employee news portal on May 26, for example, listed various COVID-19 practices and noted it could bring back more workers to “staff all [barista] bars where needed.”

Staffing up, said Rowan Allen, a barista from the Ocean Street store who was also laid off,  prevented social distancing. Allen noticed this when they went to Ocean Street to pick up some coffee beans in April.

“There were already too many people staffed,” Allen said. “All the bars were open and they were not six feet apart.”

Philz said that all retail stores maintain social distancing to the best that they can and consistently rely on science and other partners to shape safe working conditions.

In its email layoff message, Philz Coffee encouraged its laid-off workers to reapply once their “circumstances have changed; for example, you are now able to work.”  However, many baristas told Mission Local they would never work for the company again, despite their former affinity for the brand.

“If I am working at the company again, I can’t speak up about my events that happened,” Kincses said. “I wouldn’t feel good about myself.”

One of the most upsetting aspects of the situation, Santana said, was the image that Philz continued to put forth. The company’s website states, “It’s not just about coffee — it’s about people.”

He once believed it. Santana and his wife went to the original Mission Philz on their first of several dates and took their engagement photos there.

“It’s hard because we have such an idealistic view of Philz and to see what it’s become is heartbreaking,” Santana said. “Just be the hip, trendy tech company coffee company and call it a day. Don’t conflate it.”

If you haven’t yet, please support our reporting.