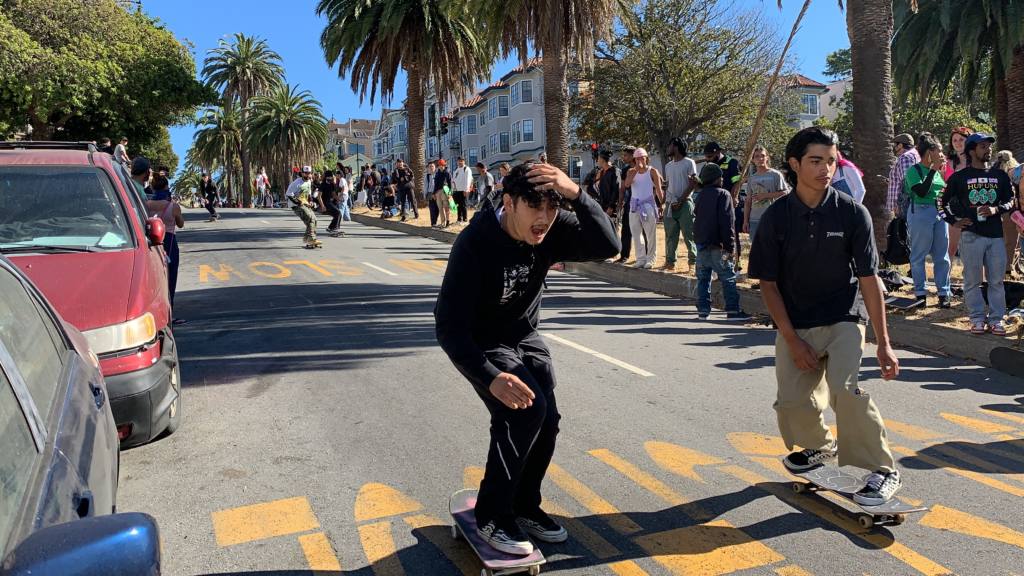 One might think there’s a higher philosophical purpose for bombing down Dolores Street on a skateboard, holding an overflowing beer in one hand and a fuming blunt in the other — both raised to the heavens. But really, one primary thing brings about several dozen of the bravest skaters to the top of this hill every July: Speed. It’s called the Fastest Hill Bomb, and COVID-19 didn’t stand in its way.

“I come for one thing and one thing only — to go fast,” said a recent high school graduate standing at the top of Dolores and 21st with a skateboard under his feet on Thursday evening, preparing to bomb the hill.

The 18-year-old “Speed Digester,” as he’s called, said he likes to imagine himself as the character Lightning McQueen from the movie Cars. When he’s “cranking speed” with the wind in his face, Speed Digester said, “it feels really good.”

“Hell yeah!” he says before kicking off a few times and shooting down the hill. 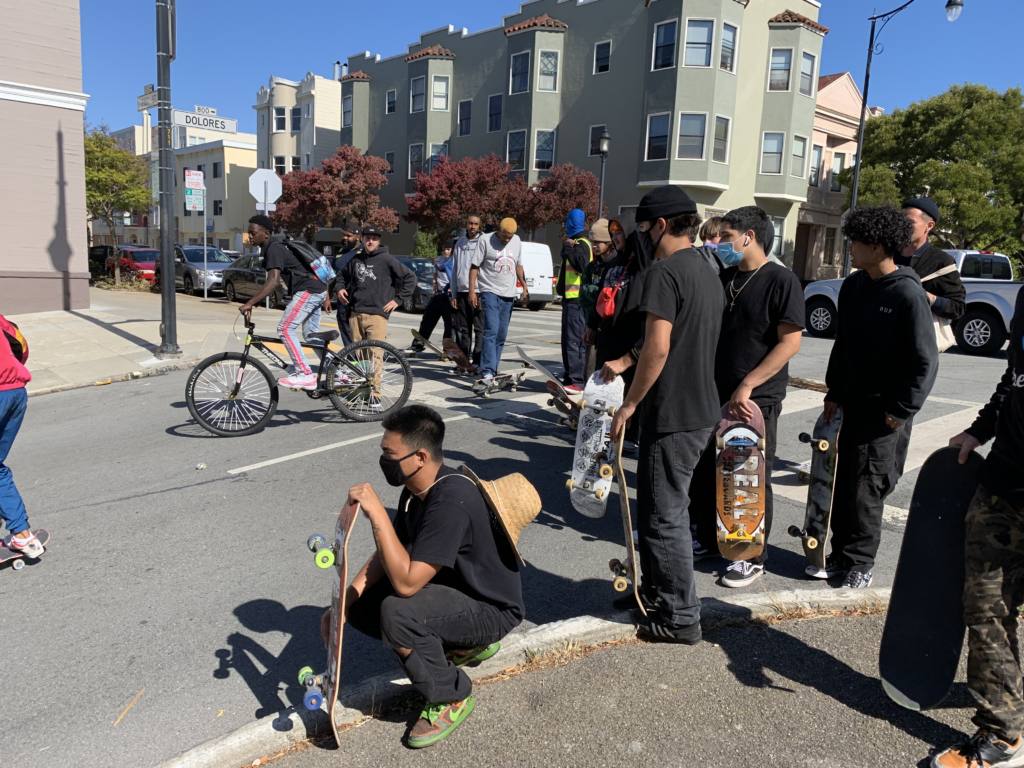 Preparing to bomb the hill on 21st. Photo by Julian Mark

The “Fastest Hill Bomb,” as some call it, has taken place for the last half-decade or so; it usually falls on a random Thursday in July. It almost always sees hundreds of young people crowd Dolores Street between 18th and 21st to watch speed demons bomb down the hill.

The spectators cheer when someone flies down the hill flawlessly — or falls and “eats shit.”

Those at the top of the hill estimate that they can top 30 MPH. “Or more,” said Drake, 26, standing on 21st, preparing to ride down.

He considered the bomb down Dolores to be difficult. But that’s why it’s fun. “You’re going so fast — you’re so in the moment — you can’t focus on anything else.”

Drake said there was something of a higher, binding purpose for gathering every summer for the Fastest Hill Bomb. “Freedom,” he said. Also, “bringing everyone together” and “showing that we’re not here to hurt anyone.”

He recalled the Dolores hill bomb in 2017, when police converged on the event — and one officer appeared to deliberately block a 19-year-old skateboarder, causing him to fall, tumble over the hood of a police car, and sustain severe injuries.

The police haven’t shown up since, Drake said. “They knew they fucked up.”

While it might have been Drake’s intention to keep everyone safe and not hurt anyone, a rowdy crowd of spectators at the bottom of the hill was not kind to an SUV that accidentally found itself in the blocked-off area Thursday evening. The crowd swarmed the car, threw water bottles at it, and then they shattered its windows before allowing it to drive off.

A lesson learned, perhaps: Don’t drive your car on Dolores Street between 18th and 21st during the annual Fastest Hill Bomb.

Some at the top were not as brave as Drake and Speed Digester.

Austin, 16, said he showed up to the Fastest Hill Bomb to “feel free.” But he considered Dolores a hard hill to bomb. He had never done it. “I’m deciding still,” he said, agreeing the notion of going 30 MPH for the first time, with no helmet on, was nerve-wracking. 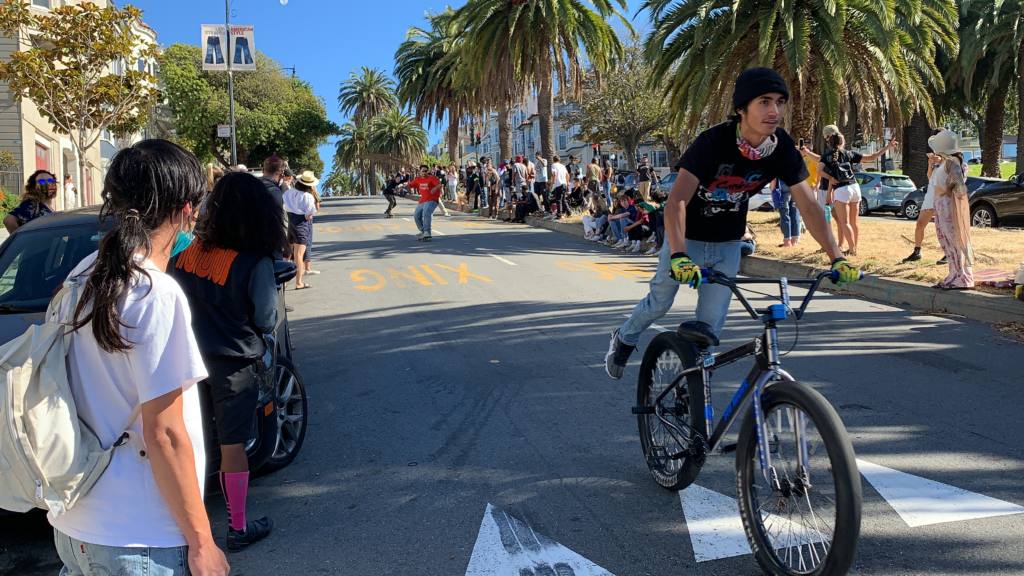 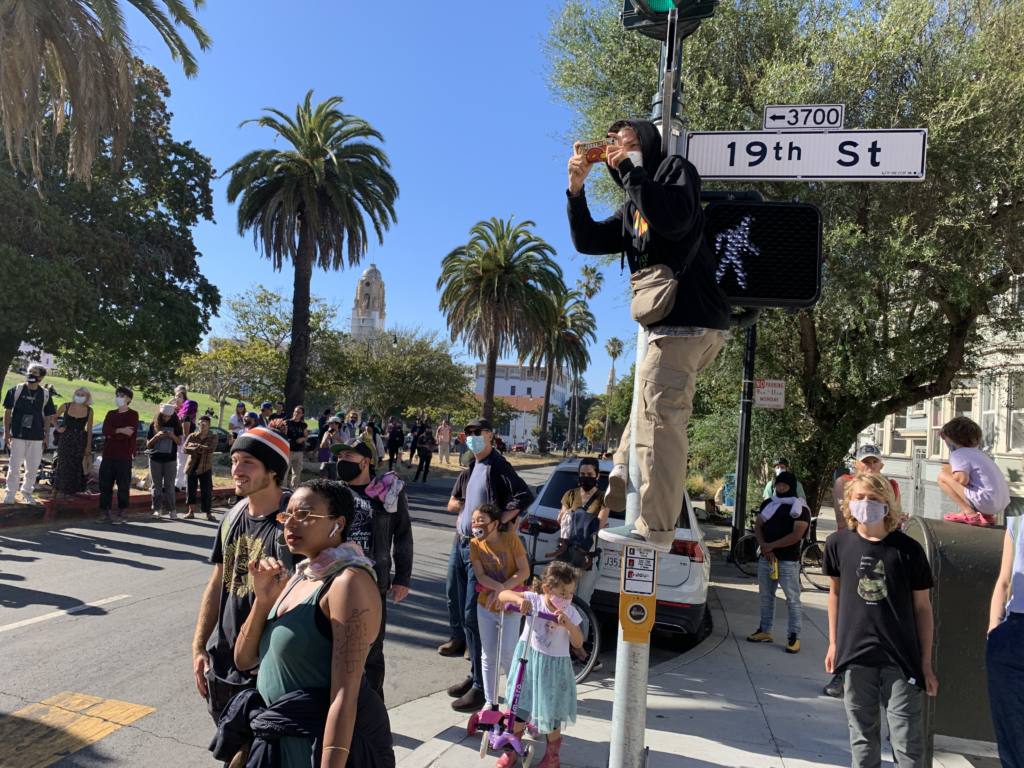 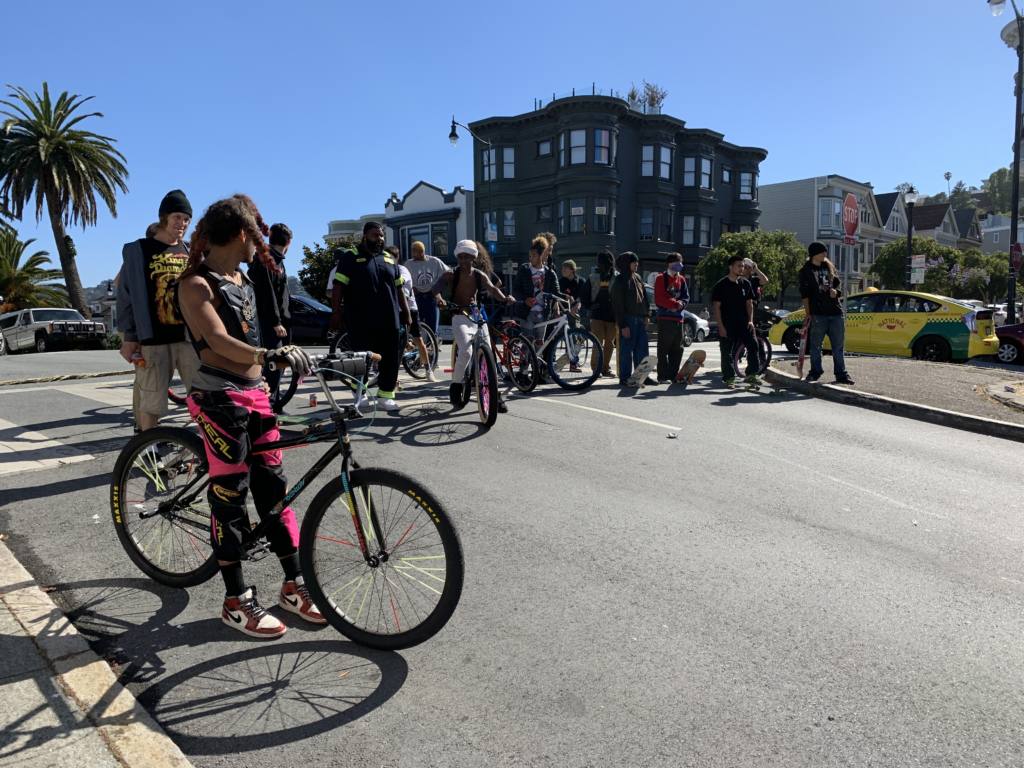 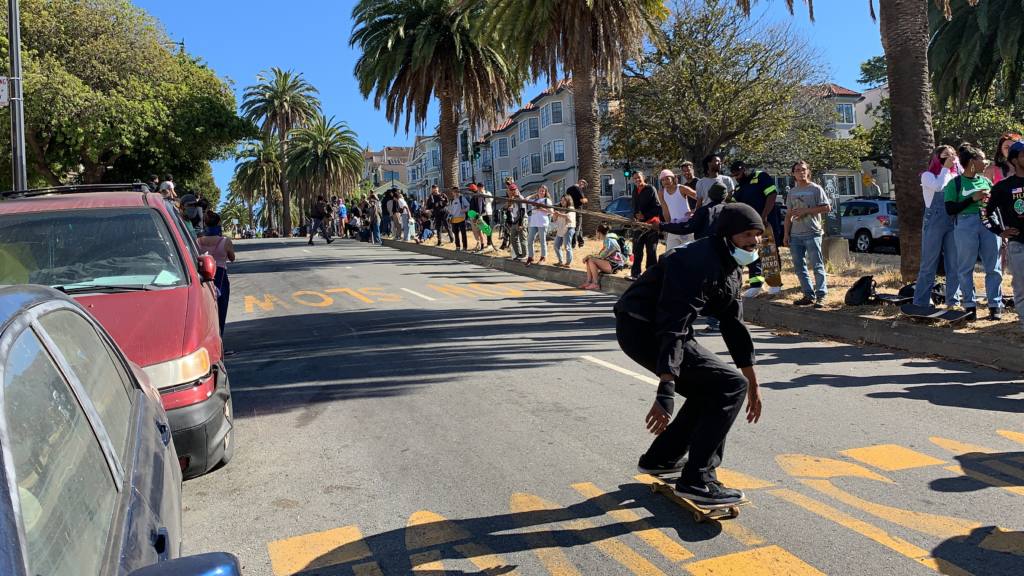