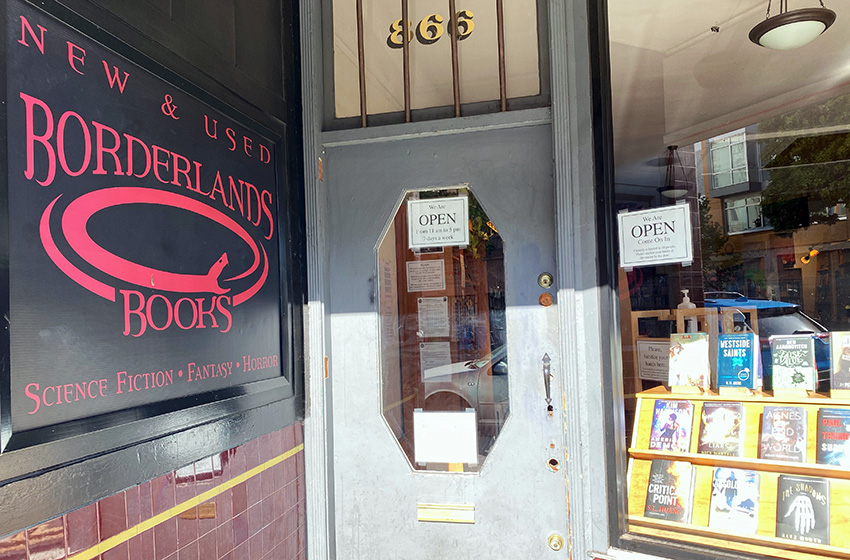 Borderlands Books owner Alan Beatts said on Thursday he will remain with his Valencia Street business following allegations that he attempted to have sex with his daughter and physically assaulted his ex-girlfriend.

In his post on the platform Discord Thursday night, Beatts also attempted to discredit his accusers and the podcaster who originally publicized the allegations earlier this month. However, Beatts never explicitly denied the allegations.

“Right now, I cannot see any way Borderlands can possibly operate without me,” Beatts wrote on Discord on Thursday at 11 p.m. to a group of Borderlands supporters. Discord is a platform where people can create communities around topics like gaming and fiction novels.

Beatts wrote his post only hours after Mission Local published an article on Thursday. Our article detailed allegations that he tried to have sex with his daughter, “DoveStep” Beatts, in her apartment following the Pride Parade in 2012, and that he forcibly grabbed his ex-girlfriend’s hair and held a knife to her throat in a New Orleans hotel room in 2016.

The allegations were first aired a week earlier on The Horror Show with Brian Keene, a podcast that covers the horror fiction industry.

“I have long supported Borderlands Books in San Francisco with great passion,” wrote Sarah Gailey, a Hugo Award-winning author, on Twitter on Thursday. “I can no longer do that in good conscience.”

“I believe the victims who have come forward,” Gailey continued, encouraging others in the science fiction and fantasy community to pay attention.

I have long supported Borderlands Books in San Francisco with great passion. I can no longer do that in good conscience.

I believe the victims who have come forward. This is a harrowing read, but one I encourage the SFF community to pay attention to.https://t.co/7eTawhUpDv

In his only comments since the allegations became public, Beatts never explicitly denied the allegations. He said only that he “wholeheartedly supports the changes happening as our society recognizes that victimized women have been dismissed and discriminated against for far too long.”

“But, there are prices to be paid for those changes and, sometimes, despite our best intentions, the bill is presented to the wrong person.”

He also called on his audience to decide whether he’s the kind of person who would sexually assault his daughter and physically assault a romantic partner. He also asked people to consider whether his current and longtime romantic and business partner, Jude Feldman, “could either miss, ignore, or stand aside while I abused people.”

Feldman did not respond to Mission Local’s inquiries. When Mission Local called the store on Tuesday, an employee who gave the name “Adel” answered and said Feldman was not available. When asked what she thought of the allegations against Beatts, Adel declined to comment. 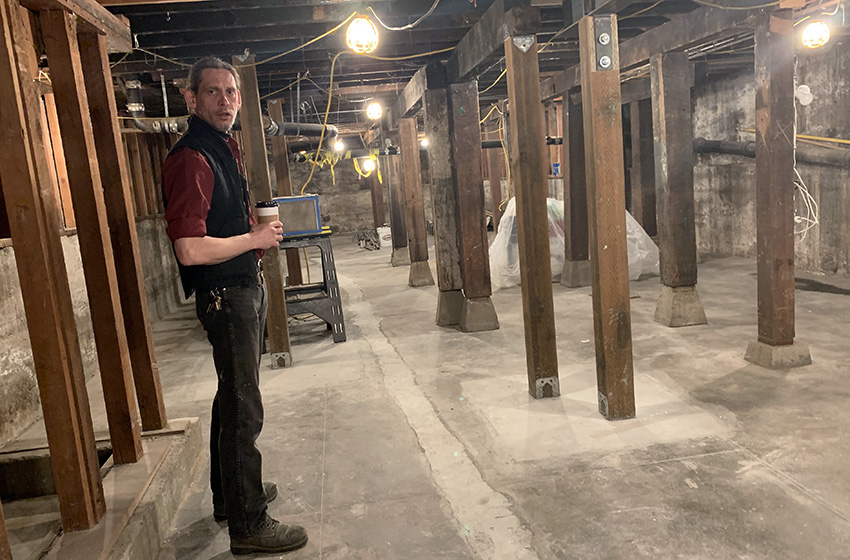 Alan Beatts, owner of Borderlands Books working on his new shop at 1377 Haight St in March 2019. Photo by Lydia Chávez.

Although Beatts said he would not defend himself and intended to “remain silent,” he did detail the dynamics of his relationships with his accusers.

He said that the “ex-girlfriend,” who asked to remain anonymous in Mission Local’s article, had actually been in a relationship with him and Feldman for more than 10 years. “Something that Jude and I both find usual is how Jude’s presence in our relationship has been erased, both in our ex-girlfriend’s accusation and in other people’s perception,” Beatts wrote, explaining that the relationship ended “very badly” in late 2018.

He also described the relationship with his daughter as “difficult and fraught.” He wrote that it ended in 2015 after he asked her to “cover her own expenses or perform adequately in college.”

Beatts also said that both the ex-girlfriend and his daughter were close when he was in contact with them.

Alan Beatts of Borderlands Books wrote the following information to a Discord server with Borderlands sponsors. I received these screenshots and am posting them for the world to see. Thread, 1/5 pic.twitter.com/zwghSfIGv0

When asked about Beatts’ post, both of the women making the allegations did not deny the relationship dynamics Beatts presented. They said they stood by their comments and allegations.

Beatts also fired a shot at the host of the podcast, Brian Keene, also the author of the best selling zombie novel The Rising, who first aired the allegations. Beatts denied that he and Keene were friends — as Keene had conveyed on his podcast before airing the allegations. Beatts brought up a case from the “early 2000s” when Keene had purportedly been unfaithful to one of Beatts’ friends. That is when the friendship ended, according to Beatts.

“This is a poor attempt to obfuscate,” Keene wrote a statement that he tweeted out on Sunday, noting that he and his ex-wife had “made peace” with the incident that purportedly took place 15 years ago.

Keene emphasized that he stood by his podcast’s coverage of the allegations, and said he had done a signing at Borderlands in 2016, following the publication of his book, End of the Road.

Finally, Beatts said in his Discord post that he would not divest from Borderlands. He said he’s wanted to do so for many years, “but that’s a long process and one that’s barely begun.”

“Right now, I cannot see any way Borderlands can possibly survive without me,” Beatts wrote. “I’ve discussed this with Jude and she agrees.”

“So, regardless of any other considerations,” Beatts continued, “that’s not an option.”