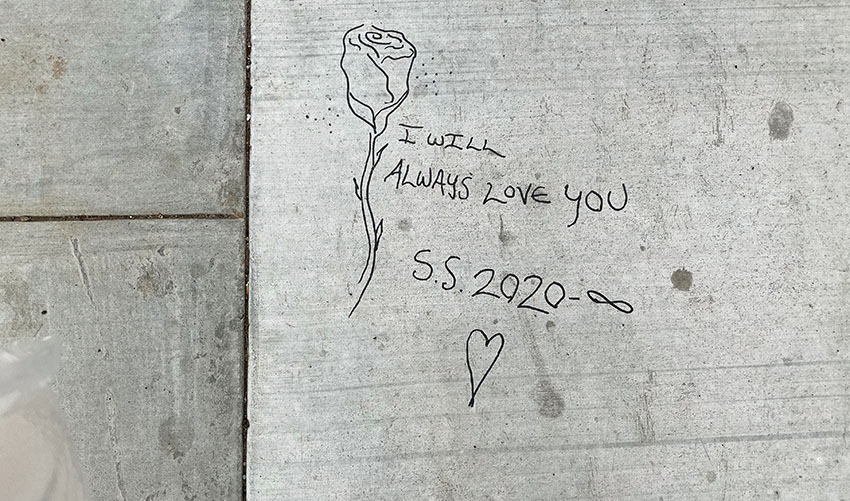 On Bartlett. Photo by Lydia Chávez

As we prepare our new improved data visualization presentations, we will give you the straight stuff, in words, from the SF Department of Public Health.

New Cases and Deaths.  On July 4, 50 new cases were reported, raising the total positive test results to 3,992. This is a slight improvement, but still considered moderately disturbing (orange alert).

As no new deaths have been reported, the death toll stands at 50, as it has since June 18.

Hospitalizations. As of July 3, San Francisco hospitals reported 15 patients in ICU and 36 in Acute Care. These are San Francisco confirmed Covid cases, and stand roughly the same as July 2.  A total of 18 patients have been transferred to San Francisco from other counties. DPH says we are in good shape to take care of any increased surge in hospitalizations.

Laboratory Tests.   Although lab tests (positive results as a percentage of total tests) is an important indicator, the numbers are somewhat difficult to get a handle on due to delays in getting results from various labs. On July 2, 5% were reported positive, and on July 3, the number was down to 4% but only 451 tests were included. Since June 26, when the figure stood at 2%, the percentage of positives as risen (gone up and down and up again) but the number of reported tests analyzed has been fairly low. To give a rough sense of where we are, throughout the first two weeks of June, the percentage was consistently below 2%. The State has said a positive rate over 8% would be very problematic.

Other adventures in data.

The New York Times today reports “Black and Latino people have been disproportionately affected by the coronavirus in a widespread manner that spans the country, throughout hundreds of counties in urban, suburban and rural areas, and across all age groups.” The data comes from the Center for Disease Control, which the Times had to sue to obtain. Although the article shows CDC’s “national surveillance system” to be incomplete and/or dysfunctional, it does not explain why it had to force the CDC  to be transparent.