Officer who shot Jessica Williams was recommended for firing. Instead, he was suspended 45 days. 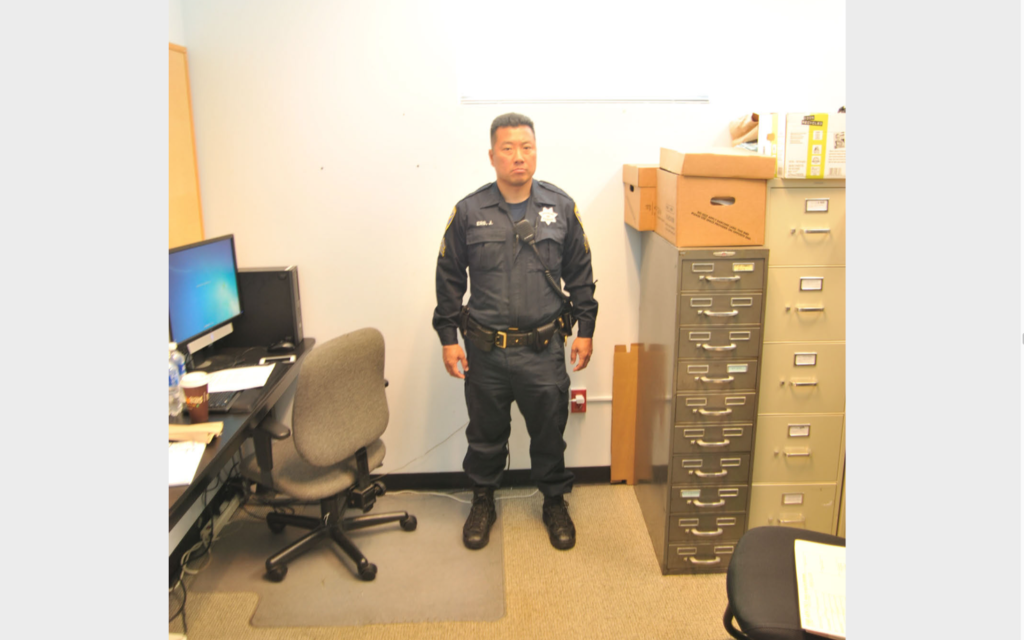 A photo of Sgt. Justin Erb immediately after he shot and killed Jessica Williams. Via the Department of Police Accountability.

Editor’s note, June 15, 2020: This story has been updated as more information has become available. We initially wrote that the Department of Police Accountability’s two-year investigation recommended terminating Sgt. Justin Erb and that Police Chief Bill Scott recommended no disciplinary action. That remains the case. But new documents show that before this matter went before the full Police Commission, the Department of Police Accountability negotiated a reduced settlement of a 45-day suspension with Erb’s lawyers. That settlement went before the Police Commission and was approved in a 4 to 2 vote, with one commissioner absent.

The officer who shot and killed Jessica Williams, a woman allegedly attempting to evade officers in a car in May 2016, should have been terminated for using unnecessary and “unjustified” force, an investigation by the Department of Police Accountability found in November 2018.

Sgt. Justin Erb, however, was not terminated.

The report on his investigation was released Wednesday under a new transparency law in California. It concluded that Erb “used lethal force at a time when Ms. Williams’ vehicle was not threatening him with imminent danger of death or serious bodily injury.”

Moreover, investigators found, “he failed to move to tactical alternatives that would have provided him with a safe haven,” according to the police watchdog’s voluminous investigative files.

After its investigation, the SFPD recommended no charges against Erb.

Despite the Department of Police Accountability’s initial recommendation to fire Erb, in January 2019 it reduced its disciplinary recommendation to a 45-day suspension and 18-month probationary period — following an agreement with Erb, his attorneys and the SFPD.

The Police Commission approved the deal in a split vote in September 2019. It was the first time a San Francisco police officer admitted to wrongdoing in a police shooting, according to DPA Director Paul Henderson.

“While DPA believed this case merited termination, the DPA weighed the risk of exoneration at trial with the ability to secure a plea,” Henderson said.

Erb is currently serving at the Tenderloin Station, according to a source. Police department spokesman Sgt. Michael Andraychak confirmed that Erb remains with the department.

According to the September 2019 Police Commission minutes, which were included in the Department of Police Accountability’s records release, Chief Bill Scott recommended no charges against Erb at all. When the Police Commission voted on Erb’s case, they weighed Scott’s recommendation, the Department of Police Accountability investigation and the defense made by Erb’s attorney.

The stark difference between the Department of Accountability’s recommendation and the Police Commission’s ultimate ratification of its subsequent settlement offer underscores how difficult it has been for San Francisco to hold officers accountable in police shooting cases. The investigation’s release comes in the same week that Mayor London Breed’s two moderate nominees for the Police Commission failed to win approval — after the board called for more reform-minded commissioners in the wake of protests stemming from the killing of George Floyd.

The shooting of Williams in 2016 was its own turning point for the San Francisco Police Department, the last in a string of police shootings under Chief Greg Suhr, who resigned immediately after Williams was killed.

District Attorney George Gascón in October 2017 declined to file charges in the case, stating that he could not prove Erb acted unreasonably in defense of his own life in shooting Williams as she allegedly drove a car toward him. The Department of Police Accountability, however, launched an investigation into whether Erb violated department policy.

It found, unequivocally, that he did.

On May 19, 2016, Sgt. Erb and his partner Officer Eric Estlund were looking for stolen cars in the Bayview. They found Williams sleeping in a Honda Accord on Helena Street. They identified the car on a so-called “hot sheet” of stolen cars.

Erb approached the driver’s side of the car with his gun drawn at a “low ready” position. As Erb knocked on the window, Williams appeared startled, turned on the engine and attempted to drive away at a high speed.

Instead, Williams crashed into a flatbed truck across the street. Erb ran toward the car, getting close to it, as Williams attempted to dislodge herself from the flatbed truck in reverse. As the vehicle dislodged itself from the truck, backing up rapidly in the middle of the street, Estlund evaded the car as it backed up toward him, according to the series of events laid out by the Department of Police Accountability in its report.

After Williams finished backing up, she began to drive toward Erb. Erb initially said that Williams moved toward him “at a slow speed.” As Williams continued to move forward, he fired once through the driver’s side window, striking Williams in the chest. She died shortly after being transported to the hospital that night.

The Department of Police Accountability found a number of reasons to recommend discipline for Erb. Firstly, the report alleges that Williams was not threatening Erb when he shot through the window.

“Sergeant Erb had reasonable and apparent ways to retreat or otherwise move to places of safety,” the report said, adding that on many occasions Erb could have taken cover and not placed himself in harm’s way.

Moreover, the DPA said Erb violated a slew of department procedures: He failed to confirm that the car was stolen with dispatchers; he failed to call for backup; and he failed to discuss strategy with his partner. The report also admonished his attempt to grab the handle of the car as Williams initially drove away. All of these actions, the report said, were “tactically unsound.”

Nevertheless, a “settlement conference” in January 2019 — attended by then-Police Commission President Bob Hirsch, Vice President Damali Taylor, Chief Scott, Sgt. Erb, and Department of Police Accountability Director Henderson and lawyers from his staff — resulted in an agreement that Erb receive only a 45-day suspension and an 18-month probationary period, in which he could be terminated for committing a major violation.

The charges of his neglecting duty were dropped and his use-of-force charges were greatly reduced.

Henderson said that his agency agreed to a reduced disciplinary sentence to secure an admission of wrongdoing.

“While the DPA understands that many might think the result is either too harsh or too lenient, this is the first time in San Francisco that there has ever been an admission of wrongdoing in an officer-involved shooting,” he said.

The record was also amended to show that Williams “accelerated rapidly” toward Erb before he shot Williams.

Commissioners Hirsch, Taylor, Thomas Mazzucco, and DJ Brookter voted in favor of the agreement. Commissioners Cindy Elias and Petra DeJesus voted against it, while Commissioner John Hamasaki was absent.

If you’re able to and haven’t already, please support Mission Local. We started covering police reform at the outset and we’re often the lone media outlet at the working group and commission meetings.