As SF gets closer to testing goals, those working in vulnerable communities say city is not doing nearly enough 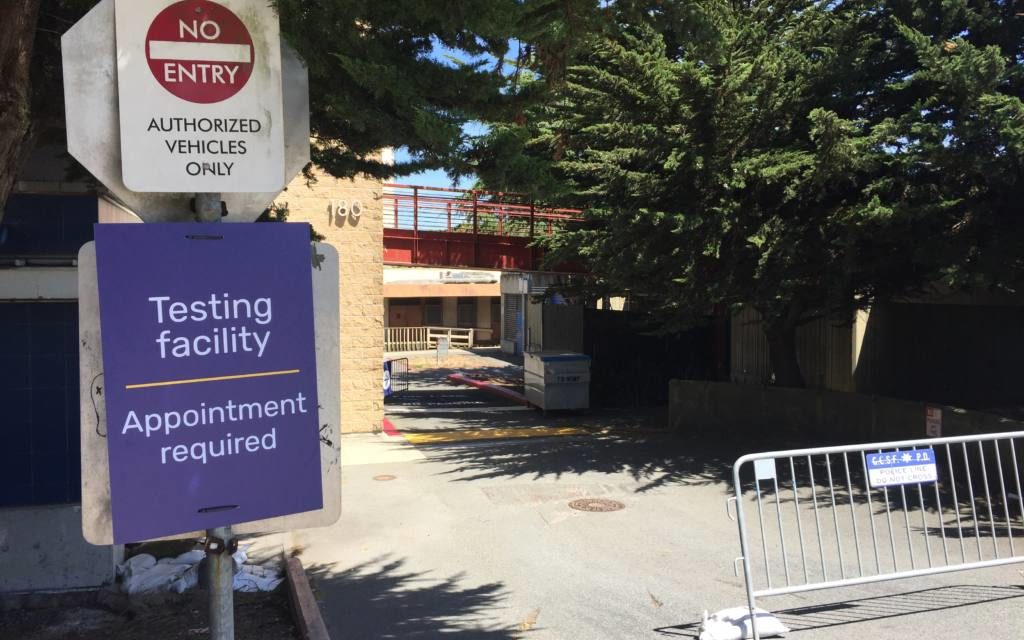 Reviewing a graph of the COVID-19 tests administered across the city over the past two months, a pattern emerges: From April 1 to May 9, the number of tests — when viewed as a 10-day rolling average — climbs from about 300 a day to more than 1,600 tests a day.

But, rather than continuing to climb, the number then drops for about 10 days in mid-May before resuming its upward trajectory. 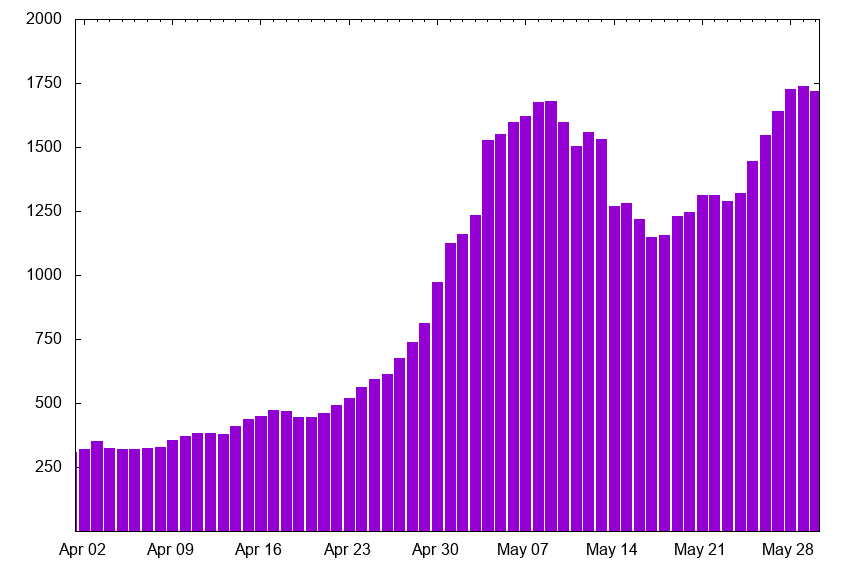 The number of COVID-19 tests conducted in San Francisco, as a 10-day rolling average.

Since that weird dip, the numbers have continued to steadily improve. The current count is about 1,700 tests a day.

Dr. George Rutherford, an epidemiologist at UC San Francisco, thinks it might be.

The governor set a goal of 150 tests per 100,000 residents, Rutherford said, but the Bay Area health officers set a higher goal of 200 tests.

With approximately 881,549 people living in San Francisco, that higher goal works out to be about 1,763 tests a day. Which means we’re just about there.

But the doctor’s opinion isn’t shared by every member of the community.

“Do I think we’re doing enough? Is there a need for more? The answer is, I don’t think we’re doing close to enough, and I think we need to do a lot more,” said Jon Jacobo, a member of the Latino Task Force for COVID-19. He points out that in the UCSF Mission study, roughly half of the people who tested positive didn’t display any symptoms, even after self-quarantining for two weeks.

Those results, he says, rule out some popular remedies for controlling the spread of the virus. And the virus is spreading most rapidly in the population of essential workers who cannot work remotely.

“It’s a false premise that if we get thermometers, and we’re able to check people’s temperatures, then we’re good. This dispels that in a lot of ways,” Jacobo said. “There is no way to really track who does and doesn’t have [COVID-19] outside of testing. We need to ramp up testing, and we need to do it in a way that is low-barrier and is brought to those communities who need it most.”

The testing capacity certainly exists. In April, the Health Department told the Board of Supervisors it could analyze 4,300 tests a day through its labs and partners, plus another 1,500 tests through Color, a private lab. And, from the start of the crisis, Grant Colfax, the director of public health, has talked about the need for “universal testing.”

So why isn’t that happening? It appears to be a lack of clear outreach, guidance and messaging.

To be sure, little more than a month ago, the city did not have enough tests to encourage universal testing. While supplies have improved — the city had more than 80,000 tests stockpiled at the end of April, according to Colfax — the messaging has not kept pace.

“We’re kind of in transition about what kind of testing we should be doing right now,” said Diane Jones, a retired HIV nurse who volunteered with the UCSF Mission study. “Initially, you got tested if you had symptoms, or you might get tested if you were a contact [of someone with COVID]. Now, we’re sort of in between going to universal testing, where everybody who wants to get tested can get tested.”

And even though essential workers are eligible to be tested even without symptoms, Jones said many of these workers may still not be aware that free testing is available for them.

“A lot of people coming to work every day at the shops in the Mission, or part of construction crews — who has told them they are essential workers and they have a right to be tested?” she asked.

Further complicating the testing landscape, there’s no clear guidance on how often people should be re-tested.

A single negative test just means you (probably) didn’t have the virus at the time a sample was taken. It of course doesn’t mean that you didn’t inadvertently contract it hours, days, or weeks after walking out of the testing site. This means getting tested once and never coming back is not a winning strategy.

As of May 5, San Francisco doesn’t say how often essential workers should be re-tested, but it does advise that asymptomatic frontline or essential workers “should not be screened/tested more frequently than every 14 days unless there is a new exposure or new symptoms.”

The “optimal testing intervals are not yet fully known,” the health department concludes.

It’s unclear if the city will begin a major outreach campaign as workers return to offices. Employers may impose policies of their own, but they will be looking to the city for guidance.

In the meantime, the city’s testing strategy, according to what the health department told the supervisors at the end of April, is to focus on testing residents in the city’s 21 skilled nursing homes, other congregate settings and in vulnerable communities. To date, 17 of those facilities have completed the first round of testing all of their patients, residents, and staff, according to Veronica Vien, a Health Department spokesperson. Workers in skilled nursing facilities are now required to be re-tested every two weeks.

Similar to UCSF’s collaboration with the Health Department in the Mission, a study focusing on the prevalence of COVID-19 in the Bayview, Sunnydale, and Visitacion Valley neighborhoods wrapped up Tuesday. It offered free testing at Leola Havard School in the Bayview on Saturday and Sunday, and at the Herz Playground in Visitacion Valley on Monday and Tuesday.

If you would like to be tested for COVID-19, a list of testing locations can be found at sf.gov/GetTestedSF, or on the city’s interactive map.