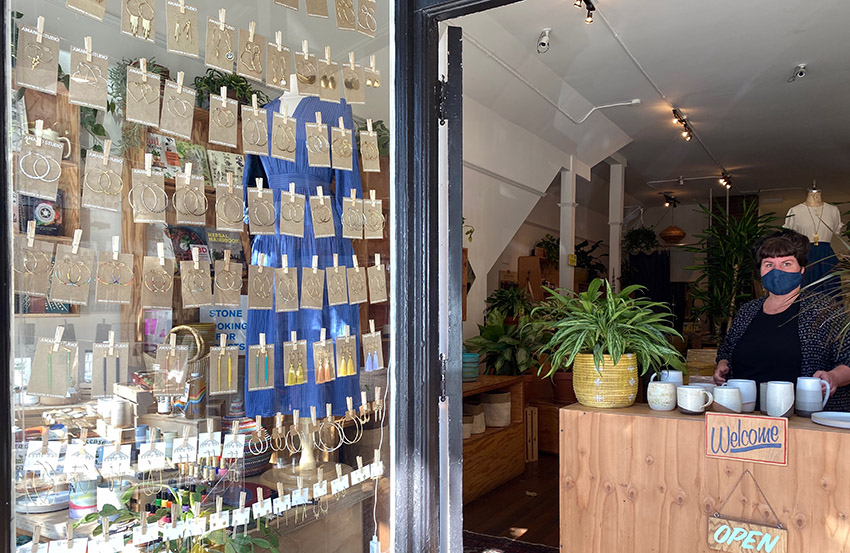 The most recent numbers from the Health Department show 30 new cases, and no new deaths. Most of the new confirmed cases were from people who took a COVID-19 test in June, but it also includes someone who took a test on March 12, near the very start of the pandemic in San Francisco. Two cases were also removed from the dataset retroactively, one who was previously reported as testing positive on April 3, and another on April 11. 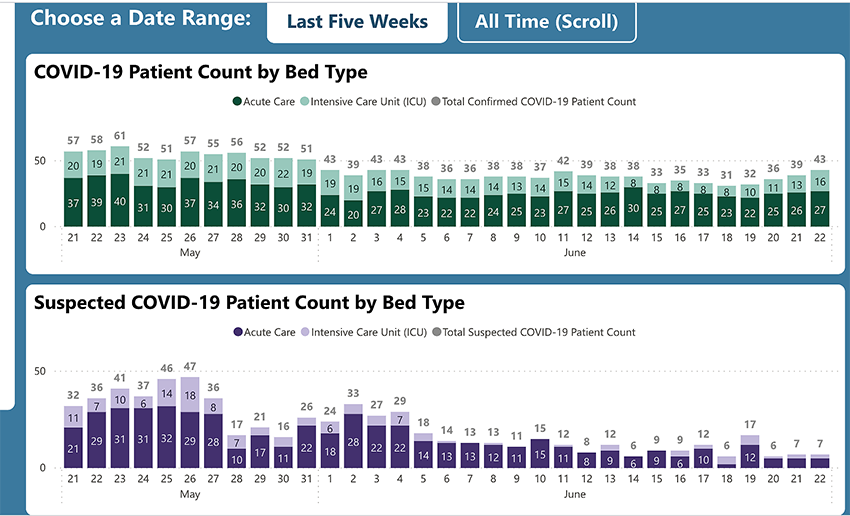 Another worrisome data point is the R number, which shows “the average number of cases infected by a given case over the course of that individual’s disease progression.”  Anything above 1 indicates the virus is reproducing at rates likely to create problems. We linked earlier to the data visualization created by Lee Worden, an applied mathematician working in epidemiology from UCSF, and a team of collaborators.

Looking at it again this week the numbers have crept up above 1 and today, virtually every county in the Bay Area has an R number of more than 1. These can fluctuate, but this is a number to keep an eye on.  As the data scientists explain on the site, when the R number is below 1 for a sustained period of time, the virus will die out. “To eliminate a disease locally, it is not necessary to reduce R to zero, only to reduce it below one for a sustained period,” the site explains. 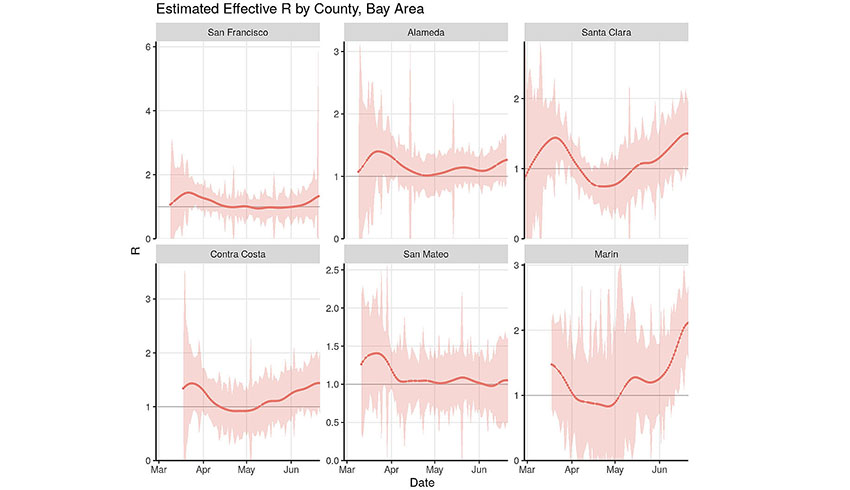 On the testing charts, the result date refers to the date the test was taken.