Multiple sources have confirmed to Mission Local that efforts are under way to set up a discussion between Veritas, the massive San Francisco real estate, investment and management company that received a $3.6 million Paycheck Protection Program loan earmarked for struggling small businesses, and the office of Rep. Nancy Pelosi.

This comes after Pelosi on May 16 demanded Veritas return this money — which the company has declined to do. Mission Local cannot officially confirm whether or not discussions have yet taken place, let alone whether any agreements have been reached.

Veritas, which has a portfolio of some 260 properties with an estimated value of some $3 billion, says it secured the loan to aid 26 furloughed workers among its 196 employees: “These are the maintenance people, building managers, and our resident services team who work hard every day to make sure our residents sheltering in place continue to receive the high-quality living experience they deserve,” read a Veritas statement explaining the loan.

Rep. Nancy Pelosi read that quote, and the rest of Mission Local’s May 12 article. And she was displeased.

“Larger companies like Veritas, one of San Francisco’s largest corporate real estate management firms, which has billions in assets and access to liquidity through other sources, were not the intended beneficiaries of PPP loans,” read a May 16 statement from Pelosi. “I join San Franciscans in calling on Veritas to return its PPP loan. At the same time, I join San Franciscans in condemning Veritas’s long history of strong-arm tactics that undermine tenants’ rights and well-being.”

Veritas, however, opted to spurn Pelosi’s demand, instead stating it would repay the loan over the course of two years — a rebuking of the Speaker of the House many in San Francisco described as politically unwise.

The deadline for companies that received PPP loans to return them without penalty came and passed on May 18 — though it may be extended. 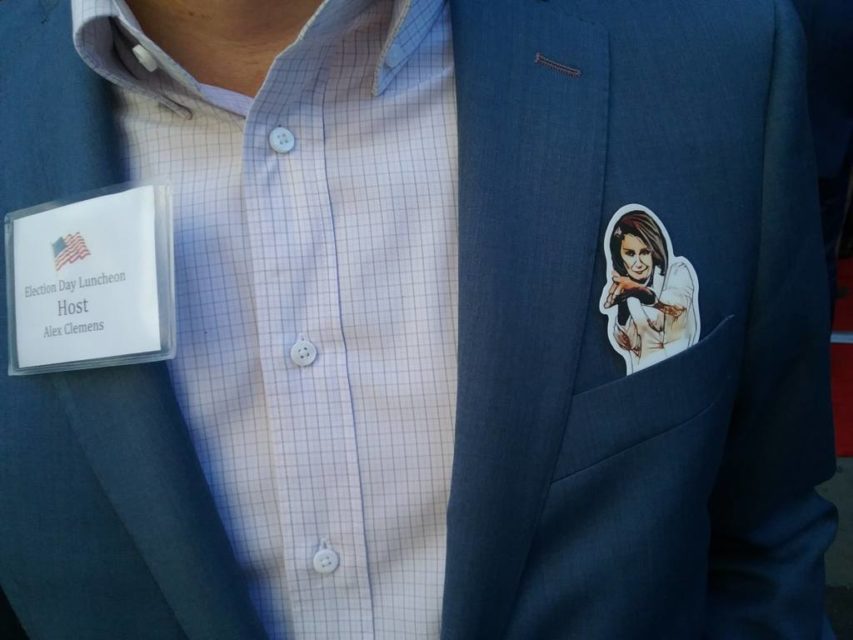 L’affaire Veritas is yet another questionable disbursement from the Paycheck Protection Program, a concept sold as a shot in the arm for ailing corner stores and hairdressers but, significantly, exploited as a sop for well-off businesses enjoying established relationships with the banks administering these loans — and, not necessarily suffering any ill effects from the COVID-19 crisis.

For good or ill, there are no requirements for means testing the finances of the companies applying for loans.

In its statement to Mission Local last week, Veritas claimed that its management company revenues have been “deeply impacted,” requiring furloughs and pay cuts. And yet, polls undertaken by the San Francisco Apartment Association found that 96.8 percent of city tenants paid rent in May, after 94.3 percent paid in April.

Veritas’ $3.6 million loan was less than those received — and subsequently returned — by Shake Shack, Ruth’s Chris Steak House, or the Los Angeles Lakers. But, for a company with 196 employees, it was a notably large amount of money for two months of payroll. San Francisco companies with comparable numbers of workers told Mission Local they received only around one-fifth that amount.

Veritas has declined Mission Local’s request to review its loan application or the methodology used to reach $3.6 million for two months of payroll to aid 196 workers and take 23 off furlough.

This would promise to be interesting math.

Regardless of whether the loan is paying the salary of Veritas CEO Yat-Pang Au or Jimmy the fix-it guy, PPP loans cap compensation at $100,000 per employee (workers earning more are limited to $100,000, but workers earning less cannot be paid more than their actual salaries).

So, that puts the maximum amount of money Veritas could recoup for two months of 196 workers’ salaries at just over $3 million — and that’s assuming every employee earned $100,000 or more, which is a highly questionable assumption.

Companies must apply a minimum of 75 percent of their PPP loans to actual payroll. So, up to 25 percent of the loan can be put toward other expenses, including utilities, rent, and mortgage interest. (Twenty-five percent of $3.6 million, by the way, is $900,000).

City sources tell Mission Local that Veritas continues to pay rent at its 1 Bush Street main office. Regarding mortgage interest, however, the city’s largest landlord, overseeing a portfolio of some 260 structures, claimed it doesn’t actually own any property.

“Many assume we are a $3 billion business based on the value of the buildings we manage, however that is far from the truth. In reality, we have many investors who are the owners of the buildings in the Veritas portfolio,” read Veritas’ May 16 statement. “To be clear, we are a management company … The entire family of Veritas brands — Veritas, GreenTree and RentNowSF — owns zero real estate.”

This was an intriguing statement, not leastways because Veritas did not see fit to so parse its ownership or non-ownership of its buildings when it proposed selling 76 of them as recently as earlier this year.

Veritas’ hundreds of buildings are, legally, the property of a clutch of Limited Liability Companies and Limited Partnerships, often named after the individual property. That’s hardly nefarious or even unusual. But with Veritas properties, LLCs own LLCs which own LLCs, in a setup reminiscent of Russian dolls.

Take 1035 Sutter. This 34-unit building is owned by the 1035 Sutter I3 LP. That entity’s registration papers list as “general partner” a VIC C16, LLC. The manager of VIC C16 is Veritas CEO Yat-Pang Au, whose signature graces the form.

VIC Fund I-1B, along with five other VIC Funds, merged into a surviving entity, VIC Fund I-1, LLC; in consolidating the six entities into one, Au signed the Certificate of Merger seven times.

And the manager of VIC Fund I-1 is listed as … wait for it … Veritas Investments.

(VIC Fund I-1 would, for good measure, go on to change its name to VIC Fund GP. Au signed that form too.)

You can find ouroboros-like chains of ownership like this on any number of Veritas’ hundreds of properties. The LLCs and LPs are often headquartered in a Bush Street address associated with Au and Veritas, and Au’s signature is found on many if not most of the reams of documents.

Veritas’ claim that it and its subsidiaries “own zero real estate” in San Francisco would appear to be an adventure in semantics. San Francisco politicians and real-estate professionals are not amused.

As recently as 2019, Bloomberg estimated Au’s worth to be in excess of $100 million. City leaders and fellow land-use professionals do not take seriously Veritas’ claim of “a lack of access to capital.”

That’s in part because, in 2016, the loans for LLCs controlling more than 50 Veritas properties were consolidated behind a single, $487 million loan from Goldman Sachs; the 52 LLCs are listed as “trustor/borrower.”

Goldman Sachs now has a title to scores of Veritas properties, so selling any one of them figures to be tricky. But, considering this nearly half-billion dollar Goldman Sachs loan, real estate professionals around town were bemused to hear that Veritas required a PPP payment to secure $3.6 million — because it lacked “access to capital.” Tenant activists and merchant groups have called for Veritas to, rather than returning the PPP loan, put the money into a fund to be doled out to needy San Francisco businesses or renters. It remains to be seen, however, whether either Veritas or Pelosi cotton to this suggestion.

It also remains to be seen how much leverage Pelosi truly has or cares to use. Even real estate and government figures highly critical of Veritas’ move do not believe the company necessarily broke the law. What’s more, unlike Shake Shack or Ruth’s Chris, it’s much harder for citizens of the nation to boycott a San Francisco-centric real-estate company.

So Pelosi’s ability to publicly shame such a company is limited. Though the Speaker of the House could, certainly, get the ball rolling with excruciating hearings and investigations.

Or, perhaps more damagingly, calls could be made to local leaders or agencies. And then things could happen. Or not happen.

“I understand they don’t mind being pummeled and they don’t mind having the reputation of being a bunch of bad guys,” said Supervisor Aaron Peskin. “But if there is one person in this city I would not go out of my way to piss off, it would be Nancy Pelosi, the Speaker of the House of Representatives, who will take no hostages. God knows what she is going to do to them, and when.” 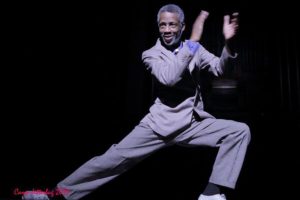