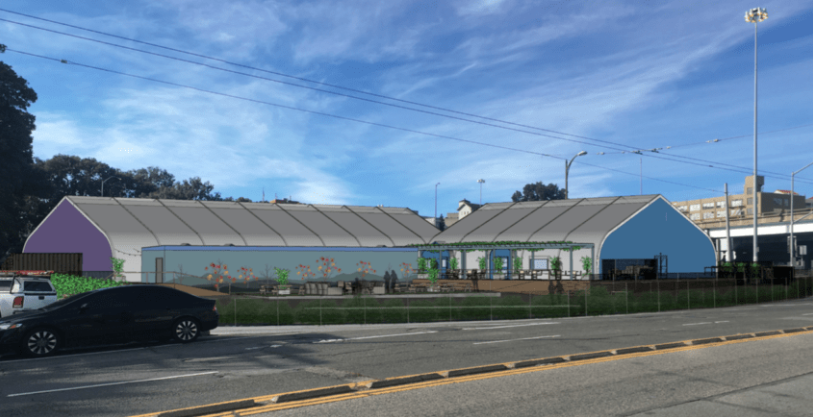 City officials today confirmed to Mission Local that the city’s Navigation Centers on Bryant and at the Central Waterfront were closed last week, and that the Navigation Center on Embarcadero and the Next Door shelter at Polk and Geary soon will be. The residents will be re-situated to hotels.

Documents obtained by Mission Local indicate that the Division Circle Navigation Center — which closed some time ago after multiple people onsite tested positive for COVID-19 — is “in preparation” for another purpose — as an isolation/quarantine site for up to 75 individuals.

The Embarcadero Navigation Center, with a capacity of 100 residents, is listed as being on “hold” to become a shelter-in-place site for “post-COVID” individuals. The same document also notes that the 162-bed Palace of Fine Arts site is “in preparation” for this purpose.

These closures were a dictum from the Department of Homelessness and Supportive Housing but, “this is something I asked them to do six weeks ago, if not longer,” said District 6 Supervisor Matt Haney. The Embarcadero Navigation Center is situated in his district.

“Everyone in those shelters should be in hotels. And it also frees up shelter staff who can move to the hotels.”

Haney said he is waiting for an answer regarding when the Navigation Centers will resume their role of housing the homeless and transitioning them to more permanent situations. As it is, Haney described ithem as “a post-COVID holding facility, which is not what these facilities were designed to do.”

The timeframe for Next Door closing down and transferring its residents to hotels is not yet certain; calls to the shelter were picked up by staffers who seemed caught off-guard, and transferred Mission Local to managers who did not pick up.

It is unclear how many residents in the Navigation Centers and Next Door shelter have been or will be put up in hotels.

This is a breaking story and will be updated when possible.

Update, 1:30 p.m.: Emily Cohen from the Department of Homelessness says every remaining resident at the Bryant and Central Waterfront Navigation Centers has been tested for COVID-19, with all coming up negative. All of them are now residing in hotels.

Testing was undertaken on Tuesday at Next Door. The pending results will determine what manner of hotel residents will be relocated to.

Cohen stressed that the repurposing of the Navigation Centers is a “temporary move.”

“We don’t have enough post-COVID homeless people to need this yet, but we anticipate we will soon,” said Cohen. “As we expand testing, we will find more people. The idea is to bring them on the site in time to capture the flow of people out of isolation/quarantine hotels.”