COVID-19: Where to hunt teddy bears in San Francisco 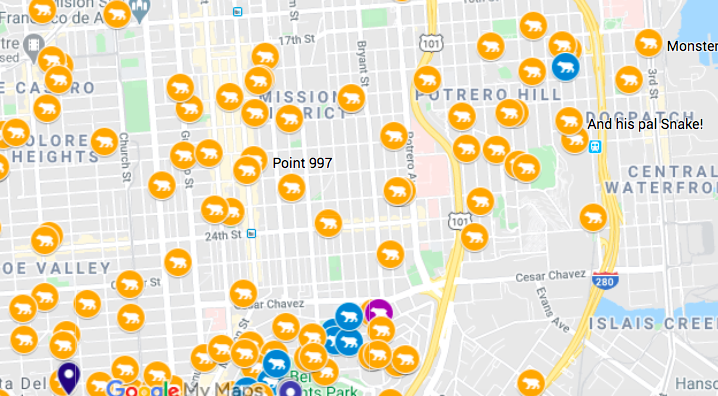 At the end of nearly every day of sheltering-in-place with young children, your home will appear to have been ransacked by burglars.

Burglars, however, do not tend to paint on the couch, beg you to wipe their rear ends, or wheedle you into paying for college. And — with exceptions — they don’t tend to return and rip the place up every day.

Parenthood is a hell of an endeavor. And the kids do learn to repeat all the creative things you say.

So, pandemic or not, you do need to get out of the house. Enter teddy bears.

In cities across the United States, house and apartment dwellers have taken to posing teddy bears in their windows to provide families with young children an amusing pretense for a walk, all while staying a goodly distance away from everyone else.

Here in San Francisco, a teddy bear safari map circulated on Glen Park and Bernal Heights parents groups in late March has quickly expanded from a smattering of stuffed animals in those neighborhoods to a slew of bears spanning much of the city — more than 1,000 of them. 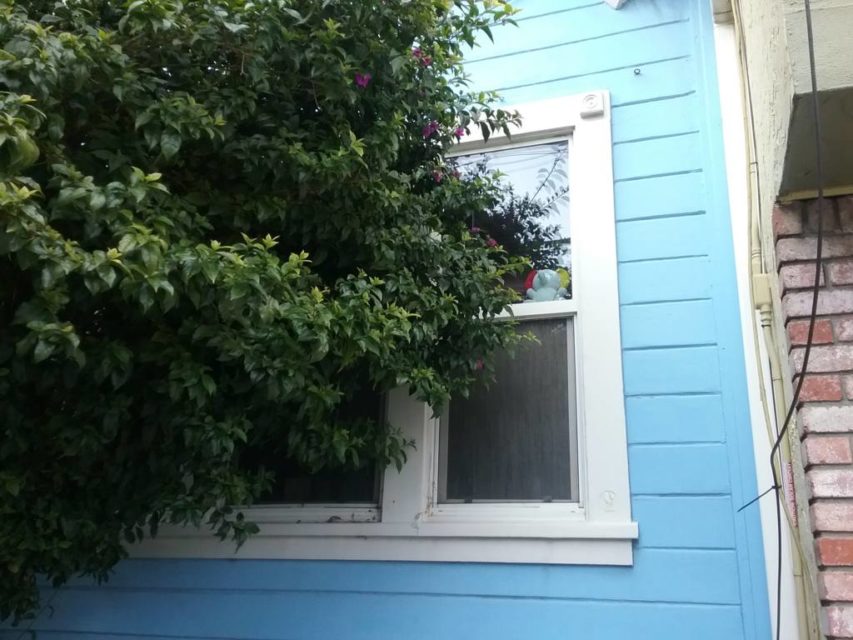 A white elephant greets passers-by in the Exelsior. Photo by Joe Eskenazi.

“We as parents are under so much stress too and it’s hard to have the mental energy to come up with things to do,” says Amber Levinson, who started this map. “I saw several folks sharing the idea of bear hunts on social media and thought it could be a fun adventure for kids to engage in, and an easy way for neighbors to show support and togetherness. I wasn’t sure how many people were doing it though, or where to find bears, and I thought, without a map there’s a risk of a disappointing outing with a little one.”

So she created a Google Map, added three pins for herself and some neighbors, and submitted it on the parents’ groups. Within a day, there were 50 pins — and, now, not quite two weeks later, many, many more than that.

“After that, folks started commenting on posts, asking if they could use it in other neighborhoods, and bears started popping up in ‘hoods all around the city,” she says. “I saw messages from others that it got them to get out and forget their worries for a little while, which makes me so happy. I love that we helped people in a small way to get out and have some fun during these hard times.”

So, stay at home. Until you can’t. Then be safe. And happy hunting.

And good luck cleaning the couch.