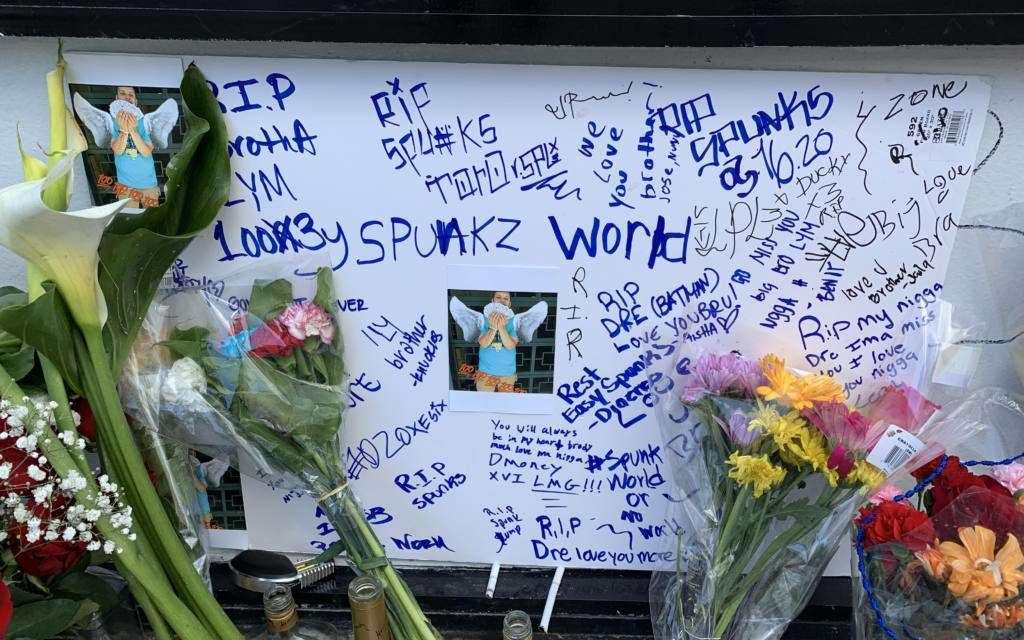 Altar set up at the scene of Tuesday’s shooting. Photo by Julian Mark

Police have arrested three men in connection with the March 16 homicide of 26-year-old Demondre Perkins, who was apparently inside of Al Hamra, a restaurant on 16th Street, when he was shot to death.

Ticas was booked on charges of homicide, conspiracy, carrying a loaded firearm, negligent discharge of a firearm and participating in a gang.

Tellez was booked on charges of homicide, conspiracy, felon in possession of a firearm, committing a felony while out on bail or released on own recognizance, and participating in a gang.

Moreno was booked at San Francisco County Jail on charges of homicide, conspiracy and participating in a gang.

“This case is still under active investigation,” the department said in a press release.

Perkins appeared to work with Larkin Street Youth Services, a nonprofit that focuses on at-risk youth, according to his LinkedIn profile. An altar set up in front of the restaurant days after the shooting indicated his nickname was “Spunks.”

Police want to remind the public that “While arrests have been made, this remains an open investigation. Anyone with information regarding this incident is asked to call the SFPD 24 Hour tip line at 1-415-575-4444; Text a Tip to TIP411 and begin the text message with SFPD. You may remain anonymous.”