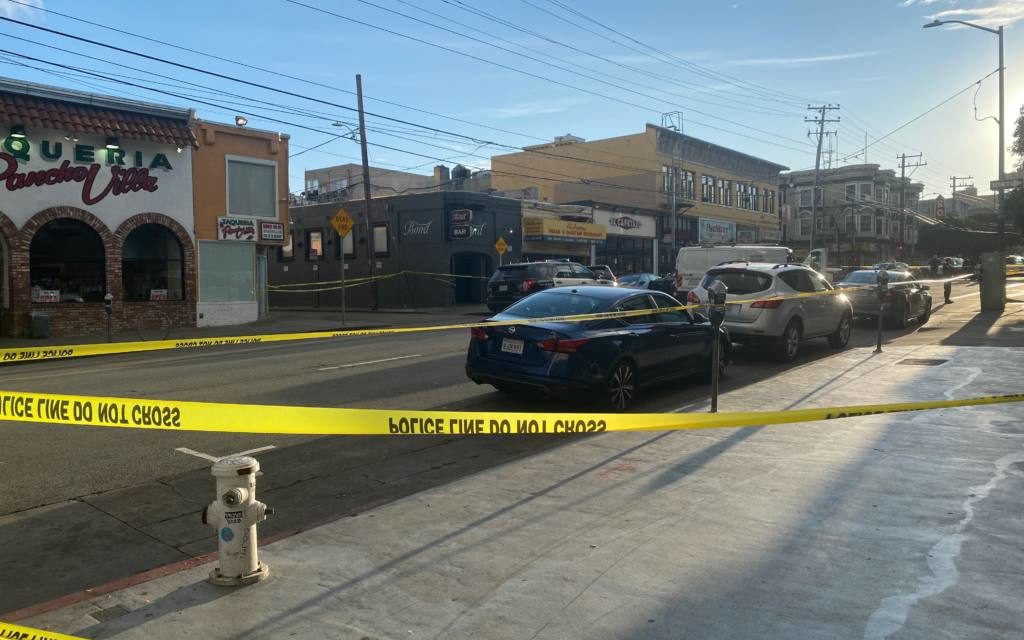 16th Street blocked off due to shooting death. Photo by Lydia Chavez

A man was shot and killed at the Al Hamra restaurant on 16th Street between Mission and Valencia streets on Monday afternoon, police said.

At around 4:40 p.m., police responded to the shooting and found a man with apparent gunshot wounds to his torso, said San Francisco Police Department spokesman Sgt. Michael Andraychak. The victim was declared dead at the scene. Andraychak did not immediately say whether a suspect was in custody.

By 6:45 p.m., 16th Street between Julian and Valencia streets was taped off, as homicide investigators pored over the scene. A truck belonging to the San Francisco Medical Examiner also waited. A gurney went inside the restaurant.

One witness, who asked not to be named, said they saw a man shoot inside the restaurant — but could not say the number of shots.

This is a breaking story and will be updated if and when more information becomes available.

Update, Mar. 17:  The San Francisco Police Department said that the victim was 26 years old. Police believe three men in their 20s may have been involved in the shooting. The victim’s identity is unclear, as the San Francisco Medical Examiner has not returned our inquiry.