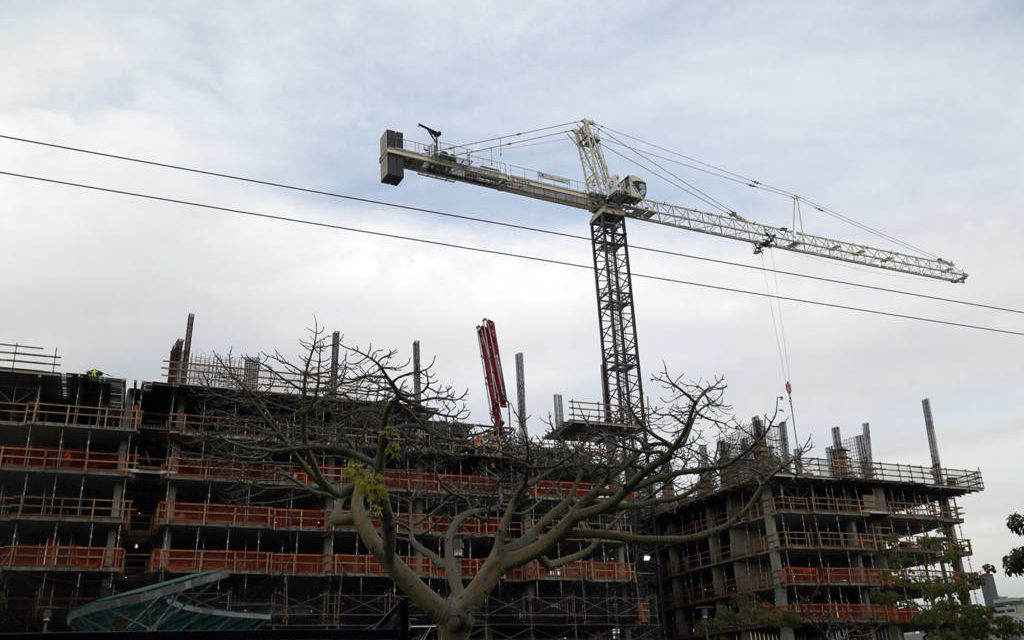 Notably, the new order calls for the curtailment of most construction, including market-rate residential construction.

Exceptions are provided for healthcare projects directly related to the pandemic, construction for the homeless, affordable housing construction and mixed-use developments with 10 percent or more of income-restricted units.

It shutters shared recreational facilities like golf courses, tennis courts and basketball courts. Sports in which people share a ball or equipment must be limited to members of the same household.

The crackdown on construction  comes just one day after Mayor London Breed, when questioned why “luxury housing development” was deemed “essential,” responded “all housing is essential and we don’t need to pick one over the other.” 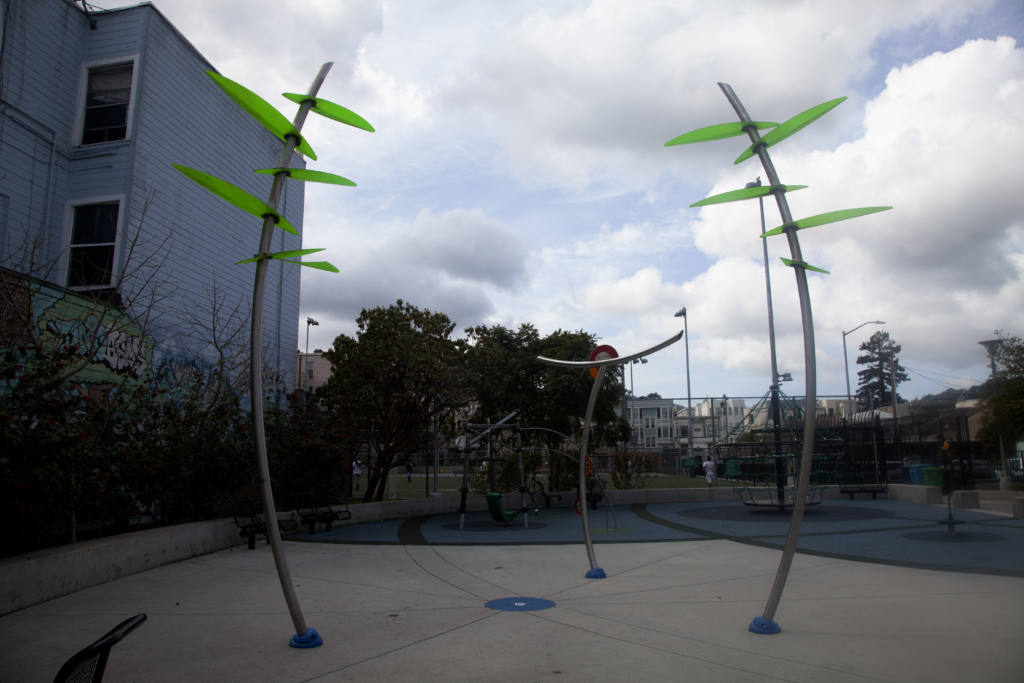 A deserted Mission playground, with only a team of soccer players playing the background.

Sheltering tenants outraged by what they categorized as loud, invasive — and non-essential — construction in some of Veritas’ many buildings complained over the weekend to their elected officials.

Veritas is the city’s largest landlord, with about 5,000 units under its control. And not only has it been compelled to cease jobs such as installing washer-dryers in vacant units or transforming studios into one-bedroom flats — now everyone else will be, too.

On Friday, Veritas tenants were informed via email that there would be construction work in their buildings on Monday. More than a dozen reached out to Supervisor Aaron Peskin’s office. After he, the Department of Building Inspection, and the mayor’s office got involved — including Peskin purportedly speaking with CEO Yat-Pang Au — the massive landlord changed its tune.

“Once again, the idiots at Veritas have overplayed their hand and were too cute by half and screwed it up for everybody who keeps their proverbial shit together,” Peskin said.

Andrew Silverman, Veritas’ senior vice president of operations, on Monday said his company “felt we were in full accordance with the city guidelines that housing is essential and minor work can continue. We thought we’d restart but, based on conversations with the city, we’ve continued to pause and wait until better direction from the city of San Francisco.”

That’s not exactly what tenants were told. In a Sunday night e-mail, Veritas informed them that there was “a date mix-up” and no work would be done on Monday.

Prior to today’s order, the city allowed a broad swath of construction to continue during the COVID-19 pandemic. “Essential” construction was defined as “Construction of housing (in particular affordable housing or housing for individuals experiencing homelessness as well as other housing).”

While some semantic bonus points were, in particular, bestowed upon affordable housing, market-rate housing construction was clearly permitted, as was “work to make an existing vacant housing unit available for habitation.”

Peskin and others complained that Veritas and others took advantage of these provisions. San Francisco’s new COVID-19 construction prohibitions now more closely resemble less permissive orders issued in the states of Washington and New York.

Remodeling jobs and cosmetic jobs that are underway do not need to cease immediately, but do need to stop once the site is deemed “safe and sanitary.”

Veritas tenants contacted by Mission Local were relieved for the respite while they shelter-in-place.

“They were adding washers and dryers so they can increase the monthly rent,” said Ray Sullivan, a tenant in a Veritas building on Geary with around 40 units. “Fine particulate plaster dust is coming into my unit, and I suffer from bronchial asthma. I am locked in. It’s a worst-case scenario.”

During recent construction, Sullivan says both water and electricity have been intermittently cut during loud and disruptive construction work.

“We need electric. We need water. We don’t need this noise,” he said. He’d be sympathetic to work meant to put sick or needy people into the building. But, he says, that’s not what was going on here.

“Adding a washer and dryer so they can rent the unit for more? That’s just being greedy.”

Today’s restrictions were frustrating for elements of the development and construction industries that, as Peskin might put it, are keeping their proverbial shit together. “Thanks a lot, Veritas,” grumbled one longtime development professional.

Sullivan, however, welcomed the citywide stipulations.

“You cannot just ask these people to do the right thing,” he said. “We’re at a point now where something had to be done officially.”