San Francisco fancies itself a sophisticated, cosmopolitan place. And yet, one of our senior public officials is accused of being bribed with free meals. And a tractor.

Well, the food here is good. And, as longtime Public Works boss Mohammed Nuru purportedly said in a wiretapped conversation, “It’s a nice tractor. Very nice, you know. It’s a modern tractor for sure.”

But it’s still a tractor.

And this should be of concern to everyone with a vested interest in seeing this city hit a baseline level of efficiency and productivity (as opposed to those who are profiting off of our inefficiency and unproductivity). Under the aegis of “tolerance,” San Franciscans are willing to put up with an awful lot. We’re willing to overlook an awful lot of dysfunctional and unacceptable things. But it rankles even us for a public official to, as Nuru is accused of, so cavalierly and casually engage in corruption.

Not that it’s ever acceptable to sell out the public — but it says a lot to do so for pennies on the dollar. There’s a Casablanca quote for everything, and this is no exception: “I don’t mind a parasite; I object to a cut-rate one.”

So that’s depressing. But what’s also depressing is the vast and far-reaching effort — wiretaps! Undercover agents! Confidential informants! — the FBI and United States Attorneys required to ensnare Nuru, restaurateur Nick Bovis, and a yet-unnamed cast of unindicted co-conspirators in what has, so far, amounted to a smorgasbord of rinky-dink chicanery.

This was also one of the major takeaways of the federal corruption probe that in 2014 ensnared Sen. Leland Yee and others. A lengthy, complicated, and costly investigation was required to catch Yee and his Nick Bovis, Keith Jackson, engaging in mid-level corruption.

And, yes, it was easier to catch Yee in a maniacal make-believe scheme to run guns to the Moro Islamic Liberation Front (yep, the MILFs) than to nail down charges in actual quid-pro-quo transactions. That’s how flimsy bribery laws are in this country.

So if you’re wondering why it requires intervention from FBI agents and the U.S. Attorney’s office to root out even low- to mid-level corruption in San Francisco, that’s one reason. It takes years and piles of cash to establish even marginal federal cases — and, on the state side, the statutory penalties in those cases would be negligible.

But another reason is the one you already suspected. San Francisco is run like a cartel and there’s only so much appeal to blowing up the family business.

In Chesa Boudin, however, San Francisco has perhaps its first district attorney with zero ties to the “City Family.” Prosecuting corruption not only ought to fit into Boudin’s ideological worldview, but it’d be good politics, too: The establishment politicos bemoaning his approach on “quality-of-life crimes” are, in fact, often the very folks thriving in this city’s culture of soft corruption.

Despite all the grumbling about “commuter criminals” plaguing San Francisco, the federal complaint vs. Nuru and Bovis would seem to indicate that we have commuter white-collar criminals, too. And, far from gumming up our city’s legal system, they’re invited to all the right parties.

Your humble narrator spoke to some half-dozen former federal prosecutors. But, when asked if the local DA could find a way to make cases in the wake of this federal prosecution, most offered the same answer: “I don’t think he has an in.”

But that needn’t be true.

There’s a hell of a lot in the 75-page complaint vs. Nuru and Bovis. That’s no accident. Prosecuting via a complaint vs. an indictment is what you’d do if you wanted to disseminate a lot of splashy details. And it’s also what you’d do if — as Nuru did — a confidential informant allegedly blabbed to your higher-profile targets, ruined everyone’s plans, and necessitated a mad rush to start arresting and charging people.

So, that happened. But U.S. Attorney Dave Anderson was plain that all of the lurid details in here were meant to be in here. He urged the unnamed parties who recognize themselves in this complaint to turn themselves in while they still have the free will to do so.

“Proceeding by complaint and filing a very detailed affidavit likely reflects a government view that publicity is warranted, as well as confidence in the strength of the evidence,” explains Casey O’Neill, a former federal prosecutor now practicing with Fenwick & West LLP in the city.

“Not necessarily a motivation, but an incidental consequence of such a detailed affidavit is that the San Francisco District Attorney’s Office will have a detailed statement of facts in front of it, should that office elect to investigate the matter or bring charges in parallel to the federal prosecution.”

Boudin tells your humble narrator that, in fact, he is keen to prosecute corruption cases: “Even the appearance of casual corruption can be devastating to the integrity of our democratic system.”

He declined to go into detail regarding nascent and amorphous plans or the yearslong effort the feds have made to amass reams of evidence in this investigation. Calling around the city, however, it becomes evident that Boudin is not eager to run up the feds’ back, duplicate their efforts, or undermine their work.

It’s also clear that the ultimate goal of this yearslong federal investigation wasn’t to pop San Francisco’s public works boss for allegedly being bribed with a tractor or purportedly engineering a $5,000 bribe to put a chicken shack into San Francisco International Airport. That’s incredibly obvious on its face, and is only more so because the feds offered Nuru a cooperation agreement (which he allegedly broke).

As such, Boudin, like all the rest of us, can only wait to see who will be charged next, and for what. It wouldn’t make much sense to begin parsing the federal complaint and, in doing so, inadvertently run up the feds’ back, duplicate their efforts, or undermine their work.

But there are other ways to rein in corruption. One needn’t only go through the complaint’s footnotes.

You could just read the newspaper.

Your tax dollars at work. Photo by Mirjam Washuus

A former federal public defender tells me that her former colleagues are now inundated with defending alleged hand-to-hand Tenderloin drug-dealers prosecuted by the U.S. Attorney because the local authorities have deigned not to.

This illustrates the difficulties of local and federal legal authorities cooperating — on anything.

“There is, absolutely, a legal hook for the local DA to get involved in this fight,” says a San Francisco-based prosecutor regarding the corruption charges. “But no one wants to put himself on the side of Trump’s Department of Justice. Even if it’s a righteous prosecution and it’d muddy up the ‘City Family.’”

It’s also not at all certain the DOJ wants any help or input from the local yokels.

And, apart from that, there are difficulties in locally trying some of the “schemes” alleged by the feds. The Chinese billionaire who allegedly showered luxury accommodations and high-end booze on Nuru in exchange for behind-the-scenes string-pulling regarding the 555 Fulton project would have all the lawyers and protection billions of dollars (and high-end booze) can buy.

The alleged scheme involving city contractors with millions in Public Works business seeing fit to send “teams” of their employees to toil on Nuru’s Colusa County home for free or discounted rates (and give him a tractor) could devolve into a jurisdictional mess (Colusa County is, after all, three-and-a-half hours away on a good traffic day).

And yet prosecutors rattled off the charges that could be brought locally following a damning Examiner article from Joe Fitzgerald Rodriguez — replete with receipts — making the case that Bovis’ charity solicited donations for needy kids from city contractors and instead put that money toward lavishing booze and food on Nuru’s Public Works Department.

It also may be worth tracking the natterings of a certain Chronicle columnist regarding his own not-insignificant role in this city’s current state of affairs.

The easiest route for Boudin and others to combat corruption, however, may be to simply pick up the phone.

Sources within the Department of Building Inspection tell your humble narrator that Mayor London Breed’s order to contact the City Attorney and Controller (at [415] 554-7657) regarding any alleged wrongdoing has been working. Calls have been made. Meetings have been scheduled.

Interestingly, however, Breed’s missive does not make any mention of not deleting emails, talking to the DA, or contacting the FBI. (The FBI isn’t waiting by the phone; agents last week dropped in on DBI. Both the FBI and Department of Building Inspection were tight-lipped, but your humble narrator has been informed that the visit was prompted by 555 Fulton files disappearing off DBI’s computers — then reappearing after about a week).

“I was elected in large part because of the independent view I bring to the job,” Boudin said. “I would be very proud if, four years from now, voters and others living and working in San Francisco had more confidence in the honesty of government than they do today.”

God help us if it’s the opposite.

It remains to be seen if, this time, Boudin opts to afflict the comfortable. Or if he simply rounds up the usual suspects. 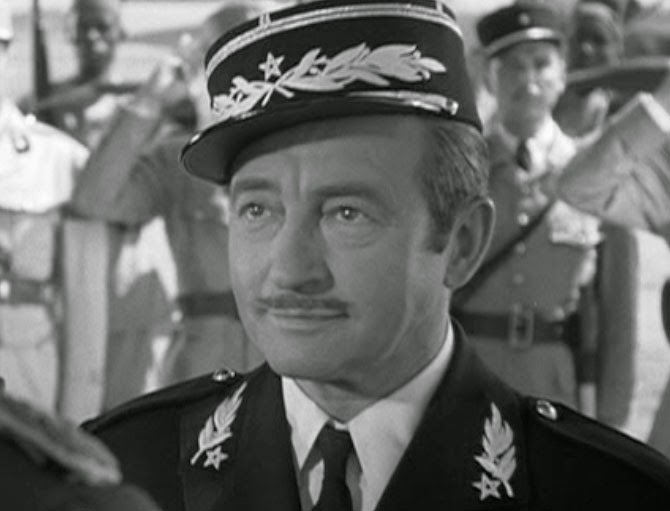